LONDON (Reuters) – Britain’s Prince William said on Wednesday it would be absolutely fine if one of his children was gay but admitted he was worried about the persecution and hatred they might face because of their royal status. 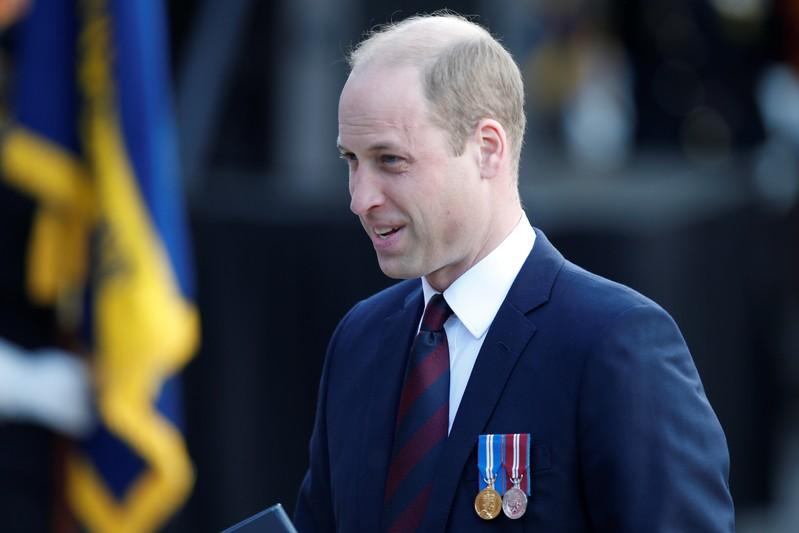 The prince, 37, second-in-line to the British throne and destined to be the future monarch and as such nominal head of the Church of England, has three children with his wife Kate: George, 5, Charlotte, 4, and Louis, 2.

“It is something I’m nervous about, not because I’m worried about them being gay or anything. It’s more about the fact that I’m worried about the pressures they’re going to face and how much harder their life could be,” William said on a visit to a charity which supports LGBTQ+ young homeless people.

Asked how he would feel if one of them were to be gay, he said it would be “absolutely fine”.

He said that the issue was something he had only started thinking about since becoming a parent.

“Particularly for my family and the position we are in, that’s the bit I’m nervous about,” he said. “I fully support whatever decision they make but it does worry me from a parent point how many barriers, hateful words, persecution, all that discrimination that might come.

“That’s the bit that really troubles me a little bit.”

William made the comments on a visit to the Albert Kennedy Trust (akt) in London to open its new services center, a trip organized ahead of London’s annual Pride in London parade and to recognize the 50th anniversary of the Stonewall uprising.

The anniversary commemorates the moment when patrons of a gay bar in New York City’s Greenwich Village called the Stonewall Inn rose up in defiance of police harassment, which led to a worldwide movement for equal rights for lesbian, gay, bisexual, transgender and other queer people.

“I was first impressed by his level of knowledge already but his empathy and appreciation of the struggles and challenges faced by LGBT people was incredible to me,” he said.