Stopping high interest rates being slugged on tax debts and putting the onus of proof onto the tax office when accusing people of breaking the law are among a swathe of new US-inspired recommendations from a Parliamentary committee to improve the experience of taxpayers.

MPs also recommend creating a Bill of Rights for taxpayers and increasing transparency about how quickly complaints are dealt with, in 19 recommendations made by the House of Representatives Standing Committee on Tax and Revenue to the federal government. 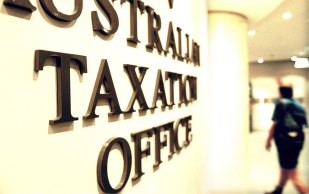 Major changes to the way the ATO interacts with taxpayers have been recommended by a Parliamentary committee.Credit:Louie Douvis

The review of the Commissioner of Taxation’s annual report for 2018-19, which was tabled on Tuesday afternoon, also proposes that when taxpayers dispute a debt they should not have to pay until a final decision is made by a court.

Liberal MP Jason Falinski, chair of the committee, said in the report there were several changes the government should make to give taxpayers a better service. He said many of these recommendations were “borrowed from observations out of the United States”, including evolving the Inspector General of Taxation role into a Taxpayer Advocate more focused on resolving conflicts.

The committee further proposed more detailed reporting in the annual reports released by the Tax Office, including the number of complaints and how many issues are resolved within the 15-day target period and the resources provided to different areas.

One major change directly affecting households repaying a debt is a recommendation that the ATO aligns the interest rate it charges taxpayers with liabilities to the rate paid by the federal government.

“Evidence provided to the committee suggests that the above market interest rates the ATO charges for loans it has granted to taxpayers to assist them to repay tax debt may, in fact, increase taxpayers’ hardship,” the report says, noting submissions indicated the Tax Office charges 7 per cent more interest than the government pays on debt.

In the US, the Internal Revenue Service is not allowed to charge a higher rate of interest on unpaid tax debt than what is paid by the US Federal Government.

More than five years ago, the Standing Committee on Tax and Revenue recommended the onus of proof should be put on the ATO in some cases of fraud and tax evasion. This required legislative change and was not supported by the government.

Mr Falinski’s committee supported this earlier recommendation and proposed a statutory timeframe of 10 years on the age of evidence requested by the ATO, in line with the US.

An ATO spokeswoman acknowledged the recommendations. “We are committed to working openly with all taxpayers to make sure they are aware of their rights and reasons for our decisions,” she said.