An expert in data security says Victoria’s vaccine passport system is too easy to forge, as bar and restaurant owners brace for confrontations with customers when the system opens in Melbourne. 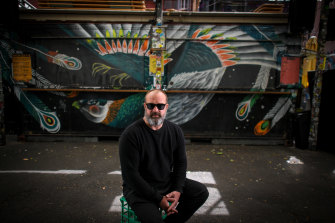 The trial is a precursor to a system to be rolled out across the state once 80 per cent of the eligible population has got both coronavirus vaccinations, expected around November 5.

But one cryptography expert has raised security concerns, saying the app inappropriately locks in the mass collection of data from Australian citizens and is too easy to forge.

“It (the vaccine passport) doesn’t really have any anti-forgery features, but it has a cutesy little animation so, yes, you do need someone who is at least nine years old to make a fake one,” said Melbourne cryptographer Vanessa Teague, from the Australian National University. “It’s laughable but it’s not funny.”

City bar owner Maz Salt said he had deep concerns about venues like his being used to enforce laws on behalf of the state. He feared the vaccine passport once accepted would “never go away. How long before other departments can use this system; before it extends to other parts of the health system, or to traffic fines?”

Mr Salt said his staff were already being abused by customers for having to wear masks and not being allowed to eat in. “What are we going to do when they don’t have a phone on them? Will we refuse to serve them because they haven’t updated their app? It’s going to blow back onto staff and the operator in a really serious fashion.”

Mr Salt said the protection of civil liberties meant people should be allowed to move about society freely. “I should need a passport to cross international borders, not enter a bar.”

Before the pandemic started, Mr Salt operated eight venues but now runs three. He launched a new pale ale, Knockoff, last week with half of the profits from its sale to support hospitality staff hit by hard times. Enforcing a vaccine passport would make things even tougher for some working in the industry. “I still don’t have a letter from the health department telling me what to do over the next few weeks. Am I subject to discrimination if I refuse to allow entry or employ people? The staff are 100 per cent vaccinated, so the idea of a passport system is just ridiculous.”

Another venue operator, Howard Stamp from Bar Thyme in Footscray’s Barkly Street, said he wanted vaccinated people in his restaurant so he was happy to have them sign in using a QR code and to support the vaccine passport. But he was concerned that having to vet customers meant there could be confrontations with those without proof of vaccination.

And bar operator James Young, who owns venues including Cherry Bar in the CBD, predicted the vaccine passport would be in operation for months to come and was “a can of worms” to run. He implored the government to run a widespread ad campaign so people visiting bars knew they had to show evidence of vaccination.

“It’s beholden on the government to have that saturation campaign. [We have to get] venues open in a viable fashion, and [the government needs] to reward us for doing their dirty work. We’re implementing the health pass at the coalface. We’re prepared to do that if we get the reward we deserve, of being fully open.”

Lord mayor Sally Capp said all venues within Melbourne City Council’s areas would need to comply with public health orders – although these were the responsibility of the state government. “We are continuing to work alongside [the] government in supporting businesses to reopen safely, as soon as possible,” she said.

A spokesman for the government said the vaccine passport technology “will help businesses and the public as we safely open up our state and gatherings and major events resume”.

But ANU’s Professor Teague said the vaccine passport being rolled out by the Victorian government would continue to collect too much data on citizens, as the state’s QR code system was already doing.

She said the QR code system was extremely invasive compared to countries like the United Kingdom or New Zealand, where a record was only kept on an individual’s phone of where they had been. “We have instead built a massive database of where everybody is all the time, just on the off chance that we need to contact them.”

Minister for Government Services Danny Pearson said on Sunday he did not know when the requirement for use of the vaccination passport would end and on Monday a spokesman said it would continue for as long as was necessary.

State opposition spokesman on COVID-19 recovery coordination Tim Smith said NSW had set an end date on when it would cease its requirement for vaccine passports. “Victoria needs an equivalent date. This could go on for months – they need to tell us the truth about when it will end.”

The Victorian Greens’ health spokesman, Tim Read, said he supported the vaccine passports because they would enable businesses to reopen during a health emergency. But Dr Read, who before entering parliament worked as a doctor, said they should only last as long as a legitimate emergency lasted. “We can’t justify limiting people’s rights once vaccine coverage is high and demand on hospitals is reduced.“