CRISP aisles are the latest to be left barren in the supermarket, as the Walkers shortage means plenty of favourites are missing from the shelves.

Walkers even had to go so far as to ask stores to remove promotions last month in a bid to avoid shortages, but shoppers have noticed the fallout nonetheless. 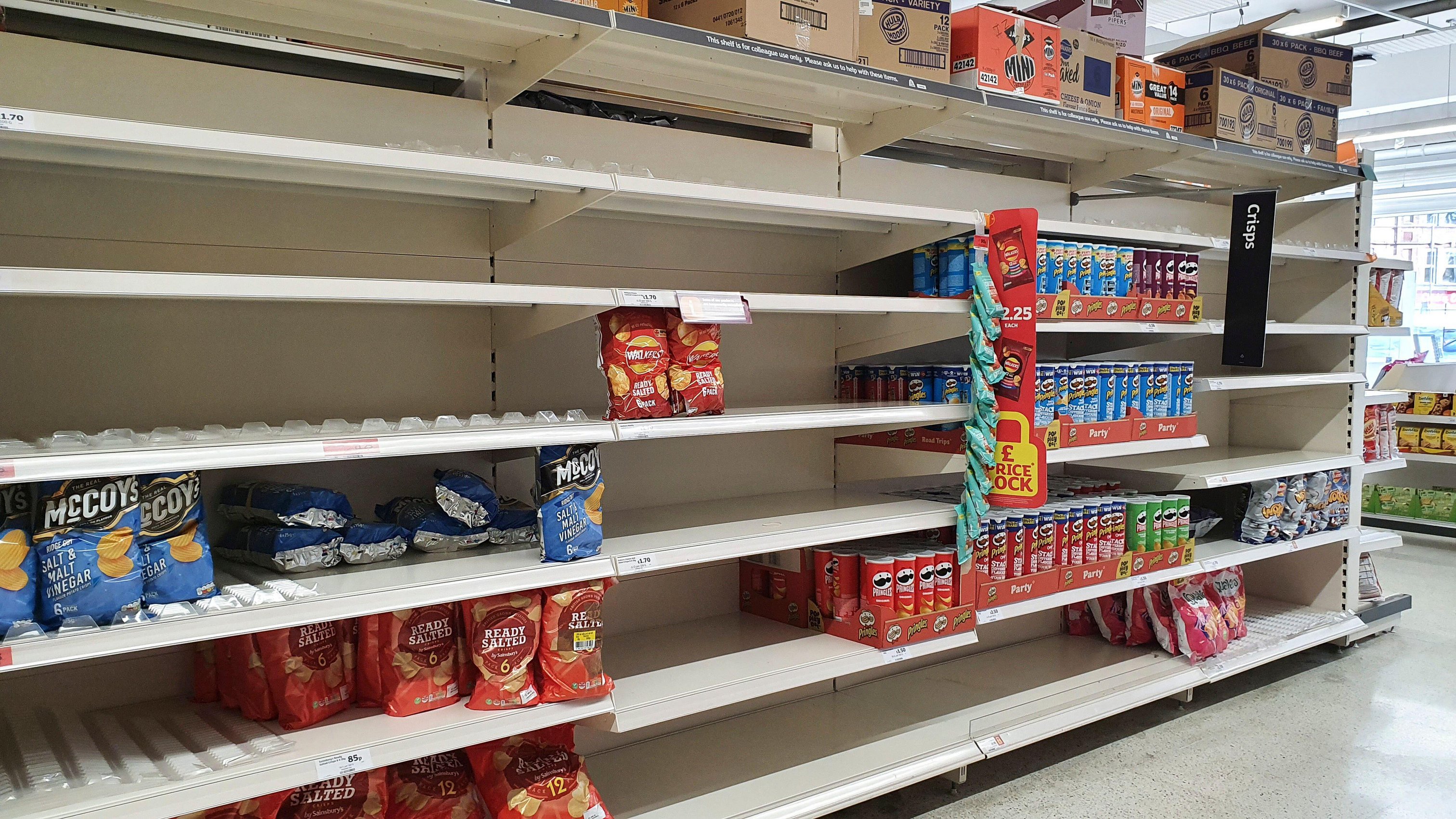 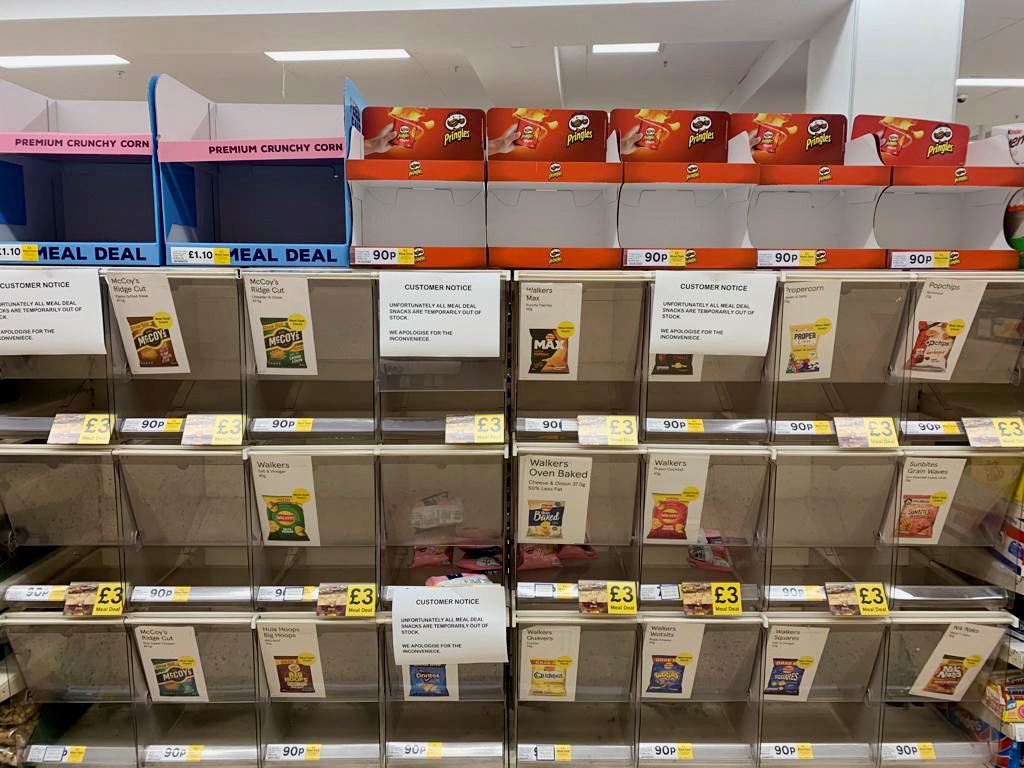 Over at Walkers, an IT system upgrade is being blamed for the issues, which have led to a lack of availability of some of its most popular products.

As a result The Sun spotted Walkers products listed as out of stock on Morrisons, Tesco and Ocado's websites just weeks ago.

But now shoppers in stores have spotted the lack of products lining the shelves, and they're not happy about it.

While many joked as they tweeted about the shortages, some have gone so far as to compare the inconvenience to the petrol crisis seen in the last few months.

Throughout September Brits faced closed garages and snaking queues to get their hands on essential petrol on the roads of the UK, in some cases it lead to panic buying and cases of "shortages" in areas.

But now Brits are faced with a differing problem.

Here's what the crisp loving army of Britain had to say about the so called "crisp shortages" in contrast.

One tweeted: "Please do not tell me there is going to be a crisp shortage, this would affect me far more than petrol!"

One quizzed the social media platform with: "I certainly don’t want popcorn with a sandwich, is this a national crisp shortage then?"

While a final user tweeted: "There’s an actual Crisp Shortage! Limited to four packs per customer, the question I have to ask myself is…who on earth buys more than four packs at a time anyway, who are these people."

It is understood that Pepsico, which owns Walkers, has asked retailers to stop promotions of its products in a bid to avoid shortages.

Empty shelves have been seen at a raft of supermarkets in recent weeks, with a lack of lorry drivers the main cause of shortages and delivery delays much like the cause of the petrol shortages previously.

Retailers are also going on a Christmas hiring spree to make sure there are enough staff to keep shelves stocked over the festive period.

The Sun spotted six packs of Walkers crisps marked as unavailable on the Tesco website when we checked at the end of last month, including Salt & Vinegar, Ready Salted and Cheese & Onion flavours.

On the Ocado website, six-packs of Prawn Cocktail, Smoky Bacon and Flamin Hot crisps were among those out of stock.

At Asda, Ready Salted multi-packs were unavailable when we checked last.

At Morrisons, Walkers French Fries, Wotsits, and Salt & Shake were among the items unavailable to shoppers at the time.

A Walkers spokesperson previously said: “We are experiencing disruption to the supply of some of our Walkers snacks products, as a result of a recent IT system upgrade.

"We’re very sorry for the inconvenience and would like to reassure everyone that we are working round the clock to increase supply as soon as possible.”

Walkers has now assured fans that the problems have been fixed, but it could be a while before the crisps make their way back to shelves as production has now run behind in schedule.

But it has also been assured that production is being ramped up of Walkers most popular crisp flavours including cheese and onion and salt and vinegar. 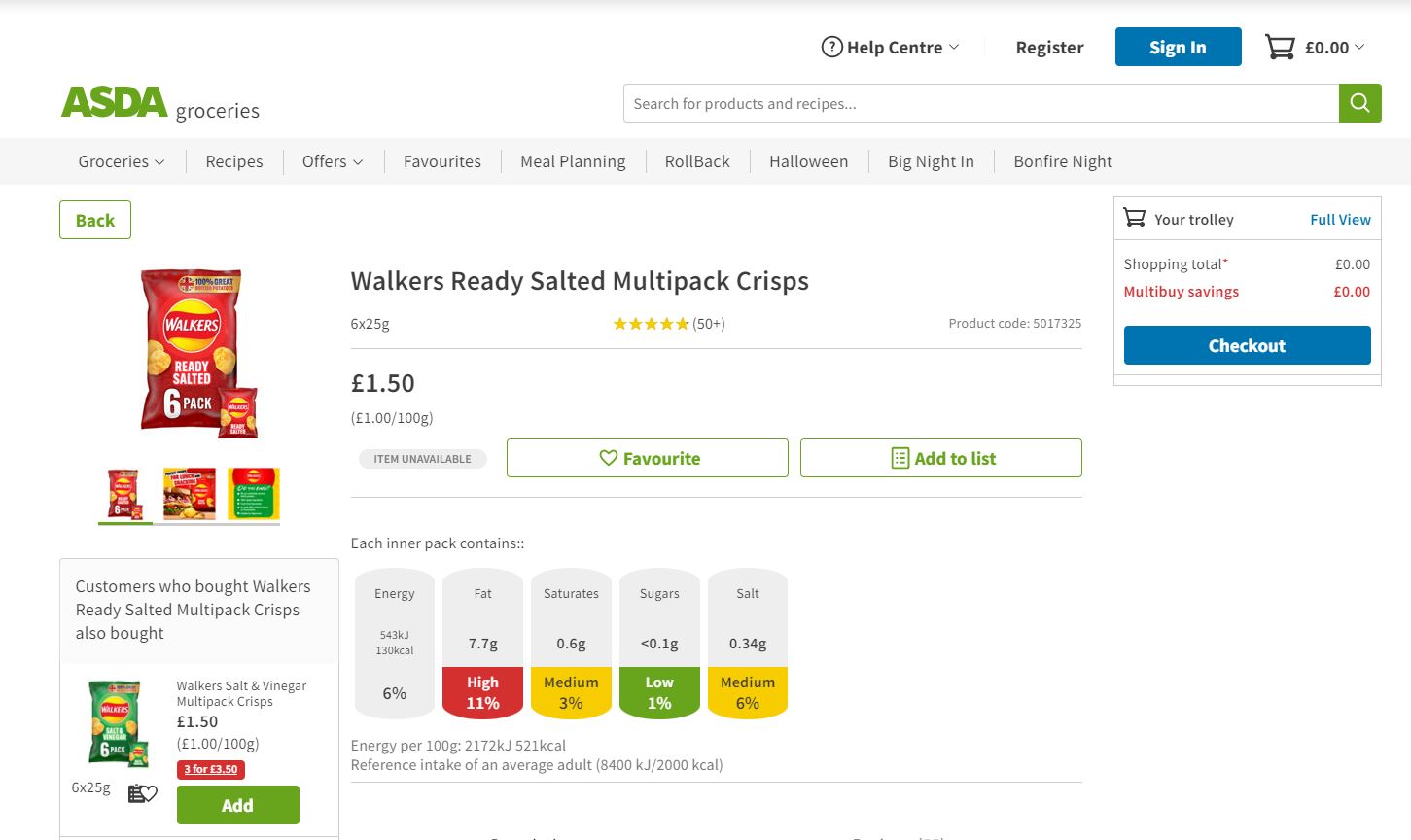 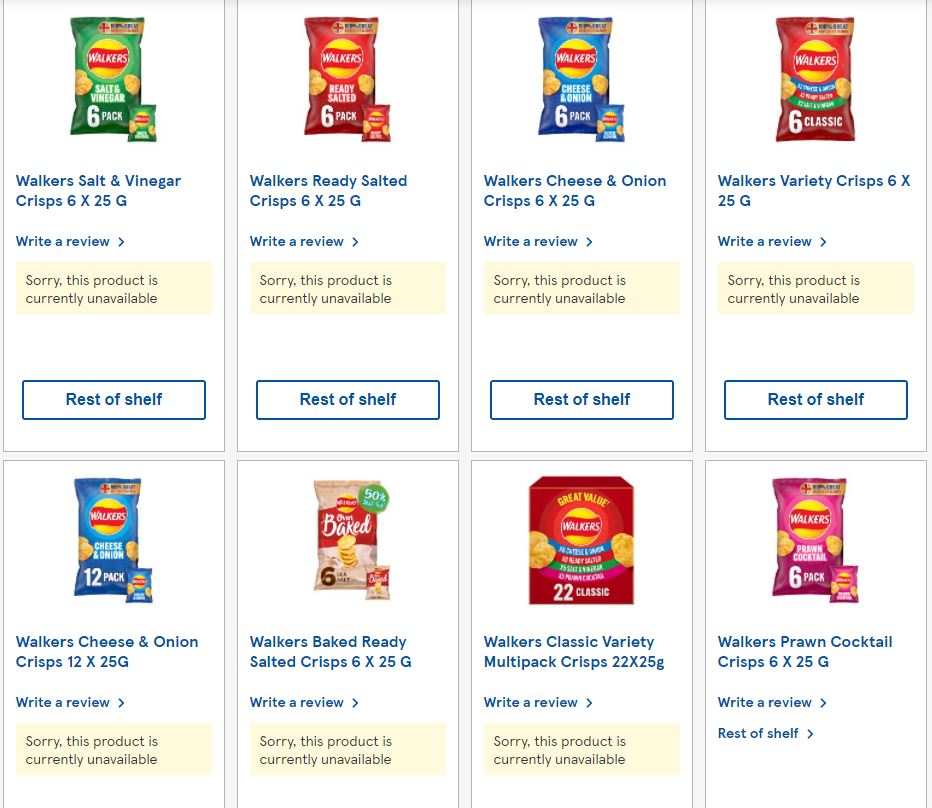