We need a leader like Liz Truss, writes MICHELLE DONELAN

It’s time we get in front of Britain’s problems… We need a leader with a bold vision like Liz Truss, writes former Tory minister MICHELLE DONELAN

Any leader can react to a situation, but a truly great leader is not merely reactive – they are proactive.

They see the obstacles coming down the road and take bold action to prevent them. Purely reactive policy making, on the other hand, is a serious hazard – especially in economically challenging times.

We have to be honest – we have been too reactive in recent years. Taxes were put up to a 70-year high without proper care for the blindingly obvious challenges that would eventually cause – taking money out of families’ pockets, leaving Government on the back foot with no option but to hand out redistribution grants.

This is simply unsustainable and cannot be our long-term solution to tackling the cost of living crisis.

Right now it won’t just be the most vulnerable in society that struggle but also the squeezed middle. Families across the country will find it difficult to put food on the table or heat their homes unless we have a bold leader who is prepared to act on the challenges ahead. Enough with the reactive policies – it’s time we get in front of Britain’s problems. Liz Truss will tackle them head-on. 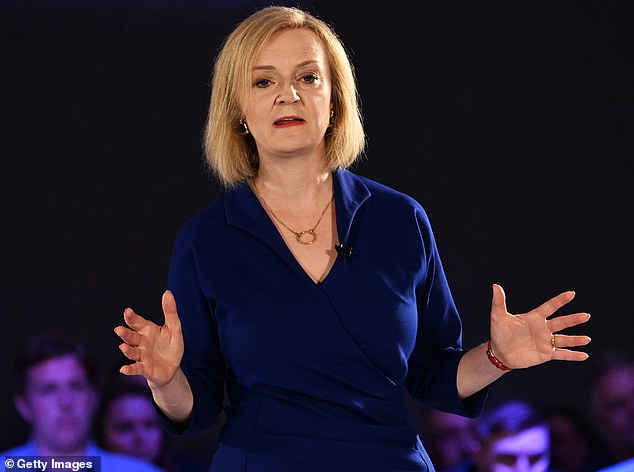 ‘Enough with the reactive policies – it’s time we get in front of Britain’s problems. Liz Truss will tackle them head-on’

Look at tax, for example. Is it right that we wait for the UK to nosedive into a recession before we take action? I don’t think it is. In fact, I would bet the majority of people want to see the next prime minister come straight into office with a bold tax-cutting plan that helps them with the cost of living now and stimulates growth today.

Think about Britain’s place in the world as we reap the rewards of Brexit. Should the UK really just sit back and only react when things go wrong? I don’t think so.

With Liz Truss as Foreign Secretary, Britain armed and supported the Ukrainians well before a shot was ever fired – showing exactly the kind of proactivity we need more of. Because it is simply not good enough to have the leader of a global giant like Britain waiting for issues to occur before addressing them.

So, to any Tory member who is weighing up the candidates’ leadership qualities, I urge you to put proactivity at the top. We need a leader who is more than just a responder.