“I haven’t weighed this little since high school.”

Wendy Williams showed off her recent weight loss as she returned to the air Monday to kick off her 12th season of “The Wendy Williams Show.”

Stepping on stage for the first time since in-studio production first shut down in March, Williams showed off her new figure in a neon yellow dress. 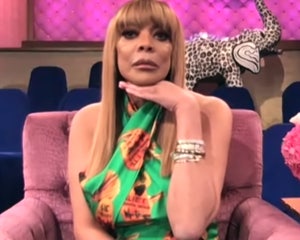 Wendy Williams Confesses She Spies on Her Neighbor While He Showers

She began to speak about her recent weight loss as she opened up about looking for “the comfort of a man.”

“I am using the show to fish. I mean, I’m doing this show for you, for me and everybody around here, but in the back of my mind I’m always wondering, I hope he’s watching,” she began. “I hope he’ll call.”

“I mean, I’ve lost 25 pounds!” she then exclaimed. “Look, and I didn’t do it on purpose it’s just that food became disgusting to me.”

Explaining that she was cooking meals herself at home — scarfing down lobster, hot dogs and king crab legs — she said it eventually “became, ‘I’m done with food.”

“Then I got my colonoscopy. TMI? Okay, look, TMI, maybe,” she continued. “But take care of your health. I got my colonoscopy over quarantine and she asked me to get on a scale before they put me under … and she told me the weight and I was like, ‘I haven’t weighed this little since high school.'” 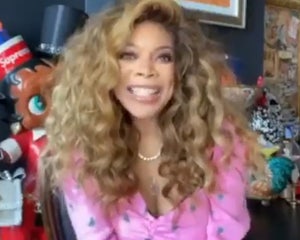 Wendy Williams Says No More 'At Home' Shows, Will Wait for Studio Return

She added that she feels “really good” right now, but is “just alone in my romance.”

After in-studio production was shut down in March due to the coronavirus, Williams began shooting her show from home through mid-May. At the time, she announced an indefinite hiatus after complications from Graves’ disease.

“Recently, Wendy has been dealing with symptoms from her Graves’ disease which is causing fatigue,” a spokesperson for the show said at the time. “In consultation with her doctor and as a precautionary measure, she will be taking some time off as she continues to receive treatment.” 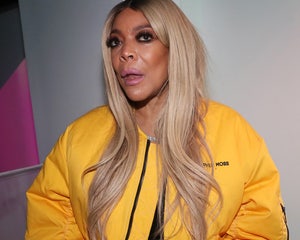