What We Know About Kate Middletons New Sister-In-Law 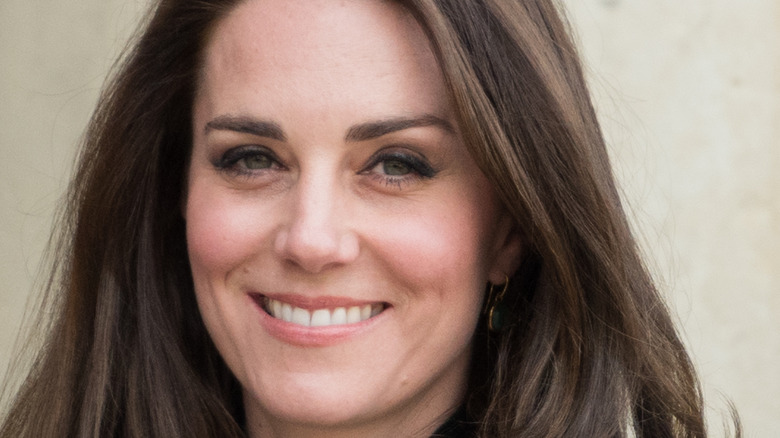 Kate Middleton is very close to her siblings, so she was surely thrilled to celebrate her brother James’ wedding to Alizée Thevenet. The intimate wedding, held in the south of France, “was a very nice and very family ceremony,” François Arizzi, who officiated the union, told People.

James and Alizée reportedly met in 2018 when his dog Ella played matchmaker by going up to Alizée at the South Kensington Club, and the couple got engaged less than one year later (via Mirror). They had planned to tie the knot in May 2020, but the pandemic forced them to delay the nuptials until September 2021. Arizzi revealed that there were around 50 guests at the wedding, including Pippa Middleton and all three of William and Kate’s children. “The bride and groom were very happy,” he explained. “They were able to pose and take photos on the forecourt of the town hall, and the two dogs, who are at the origin of their meeting, were there. They then went to a private domain to celebrate.”

While the wedding was private, James has not been shy about expressing his love for his new wife, announcing on social media that he had “married the love of my life,” and that “words cannot describe how happy I am.” So who is the woman who has captured his heart?

Alizée Thevenet is a world traveler who speaks three languages 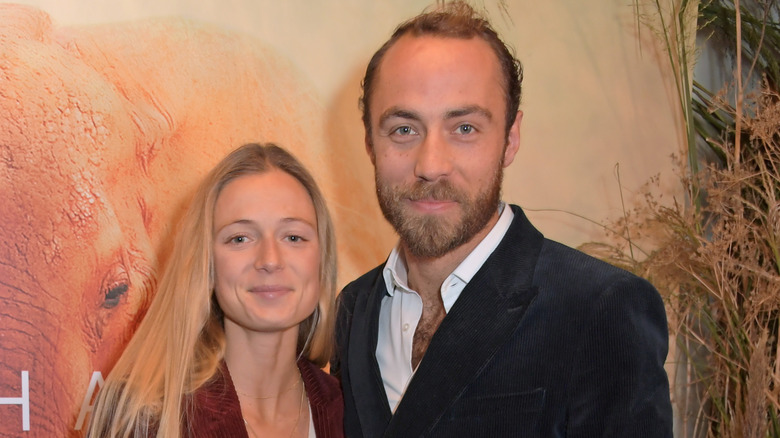 James Middleton’s new wife, Alizée Thevenet, was raised in France, but has lived in Germany, Indonesia, Chile, Belgium, and England through the years (via Town and Country). As a result, she can speak three languages fluently: French, Spanish and English. After earning a Master’s degree in Investment and Finance from Queen Mary University of London, Alizée has built a thriving career as a financial consultant and analyst. She is currently a director at TreasurySpring in London (via LinkedIn).

One of Alizée’s biggest passions is traveling around the world to countries like Thailand and Greece. She and James have also traveled together, vacationing with his sister, Pippa, and her husband in St. Barths, and visiting Italy to mark the one-year anniversary of their engagement (via People). In August 2021, though, the couple — along with their six dogs — put down roots in England, purchasing their first home together.

“I think buying a house is up there with one of the most stressful experiences in my life,” James wrote on Instagram. “It’s been a hectic few months moving in to our new home [and] we couldn’t be happier,” he added. “We are settling into our life in the country & the dogs [love] their new home.”