It was late at night, and the scientists sitting in the white 4WD had been slowly driving through the sweeping grasslands for hours, their eyes trained on a small screen on the dashboard.

Suddenly, they saw a white glowing dot on the screen. They got out of the car and crept through the paddock to where the thermal camera had located its target and found a male plains wanderer, sitting on a nest. After taking a few photos, they crept away. 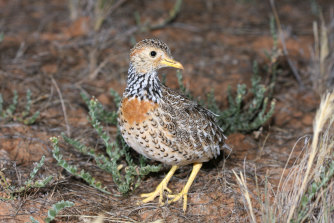 “They are very cute little birds and not many people have the privilege of seeing them. It’s special.” 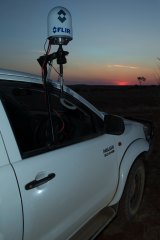 The thermal camera, mounted on a car.

This small, fawn-coloured bird is the elusive and critically-endangered plains wanderer. Its neutral plumage blends in seamlessly with the plains of arid Australia, making it extremely difficult for researchers to locate.

There are estimated to be only between 250 and 1000 of these small, ground-dwelling birds left in the wild today and trying to find them is like trying to locate “a handful of marbles scattered through the grasslands” of Victoria, NSW and Queensland, says Rohan Clarke, from the school of biological sciences at Monash University.

These cryptic birds are so adept at hiding that almost no photos of them exist in the daylight.

Previously, researchers have used powerful spotlights to locate them at night, but now thermal technology is making it easier to track them down.

Ms Dawlings is doing her PhD at Monash in using technology in novel ways to help monitor threatened species.

Late last year Mr Clarke and Ms Dawlings were part of a research trip to the Terrick Terrick grasslands around Pyramid Hill, near Echuca in northern Victoria. 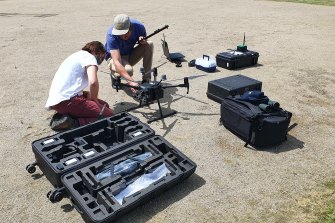 Researchers prepare a drone to locate endangered animals that are radio-tagged.

They used thermal scanners – which sit outside a vehicle mounted to the window – and the driver and front-seat passengers rotated these manually to scan the landscape as the vehicles crawled through the grasslands.

A small LCD screen on the dashboard shows up any warm-blooded animals – such as birds and marsupials – as “hot” white dots. 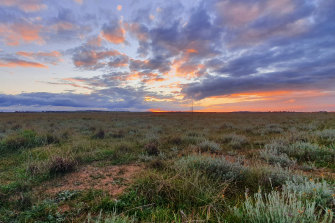 Mr Clarke’s research group is focused on threatened bird conservation and how the use of new technologies, including drones, could improve how they are monitored and managed.

“It's about using technology and being smarter to get more out of the limited conservation dollars that are currently available,” he says. “If we can find more birds faster we can get more information about them and see what conservation approaches might work.”

For example, researchers have noted that the extra rain during this La Nina season has made the grasslands dense and lush but plains wanderers actually prefer sparse grassland.

This means scientists can encourage land managers to allow sheep to “pulse graze” the paddocks and reduce the grass density.

“There's a really good network in the Terrick Terrick area of farmers who have signed on to agreements to manage paddocks for native grasslands values,” says Mr Clarke.

Our Morning Edition newsletter is a curated guide to the most important and interesting stories, analysis and insights. Sign up here.