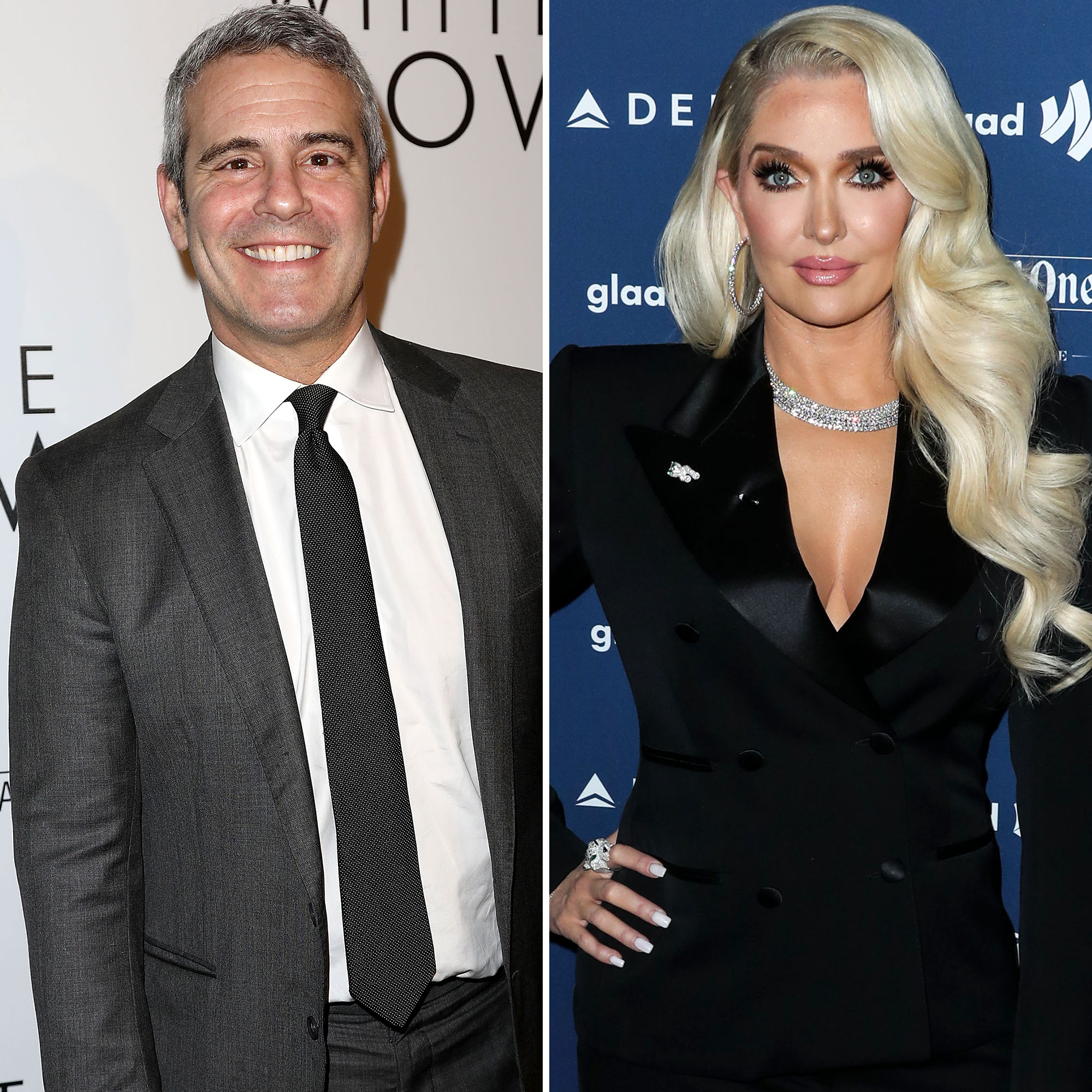 No hard feelings here! Erika Jayne gave Andy Cohen a lavish gift for his baby shower, but it never arrived — and he’s actually happy about it.

“Erika gave me a card that said she had given me I believe it was $2,000 — no, I think it was $1,000 shares of Disney stock, which is really expensive,” the Bravo boss, 53, said during a Tuesday, November 2, event at the Temple Emanu-El Streicker Center in New York City promoting his new book, Glitter Every Day: 365 Quotes from Women I Love. “I called her and I said, ‘Are you kidding me?’ and she said, ‘That’s what we give to all the kids in our life.’”

The Superficial author said that he previously mentioned the gift at a different event held earlier this year. At that point, a reporter called to ask if he thought the pricey present might “implicate” him in the 50-year-old reality star’s ongoing legal drama with her estranged husband, Tom Girardi. There was just one catch — the gift hadn’t arrived.

“So, I called Erika and was like, ‘Look, I got to be straight with you. This now is going to run in the paper and it’s going to look like I’m throwing you under the bus,’” Cohen recalled, adding that he didn’t want her to feel that way.

The Pretty Mess author, however, remembered that she hadn’t sent the stock over, and she agreed with him that it was a good thing she didn’t.

The Missouri native welcomed son Benjamin, 2, in February 2019. Shortly before the tot’s birth, Cohen had a now-legendary baby shower that was attended by Erika as well as Kyle Richards, Teresa Giudice, Vicki Gunvalson, Ramona Singer and many other Housewives.

Mention It All! Real Housewives’ Legal Troubles Through the Years

In December 2018, the TV mogul said that he never imagined he could become a dad as a gay man when he was younger.

“When I was growing up, and when we were growing up … I just never thought it would be possible as a gay man to grow up and have a family,” he told Anderson Cooper during CNN’s New Year’s Eve broadcast. “And here we are in 2018, almost ‘19, and anything’s possible. And I’m so grateful to a wonderful surrogate that I’m working with.”