Melissa Gorga teases ‘big explosions’ on the next season of ‘RHONJ’

Joe Giudice fighting to get back to US for his children

Teresa Giudice and Luis “Louie” Ruelas’ “spectacular” engagement party will not be featured on Bravo, Page Six has exclusively learned.

A source told us that reality TV cameras were not rolling when the happy couple celebrated their impending nuptials on Friday at Bice Cucina in New York’s Soho neighborhood.

“The season is done, so it was not even a discussion,” an insider said, noting that “Real Housewives of New Jersey” Season 12 has already wrapped. “The show is not in production.”

A rep for Bravo did not immediately return Page Six’s request for comment on whether they requested to film the event.

Although a camera crew wasn’t present, a few “Housewives” and “Househusbands” certainly were, including Jennifer and Bill Aydin and Melissa and Joe Gorga. We’re told “RHONJ” veteran Dina Manzo and her husband, Dave Cantin, were also present.

Jennifer, 44, wrote in a message on Instagram after the event, “Congratulations on the engagement of this magical couple! Bill and I wish you and your families all the best life has to offer! #Strength #Laughter #Love! We know you’ve all been through a lot so just remember that God doesn’t give you what you can’t handle!”

Melissa, 42, added on her own Instagram, “Congratulations to these two lovebirds on their engagement❤️.” 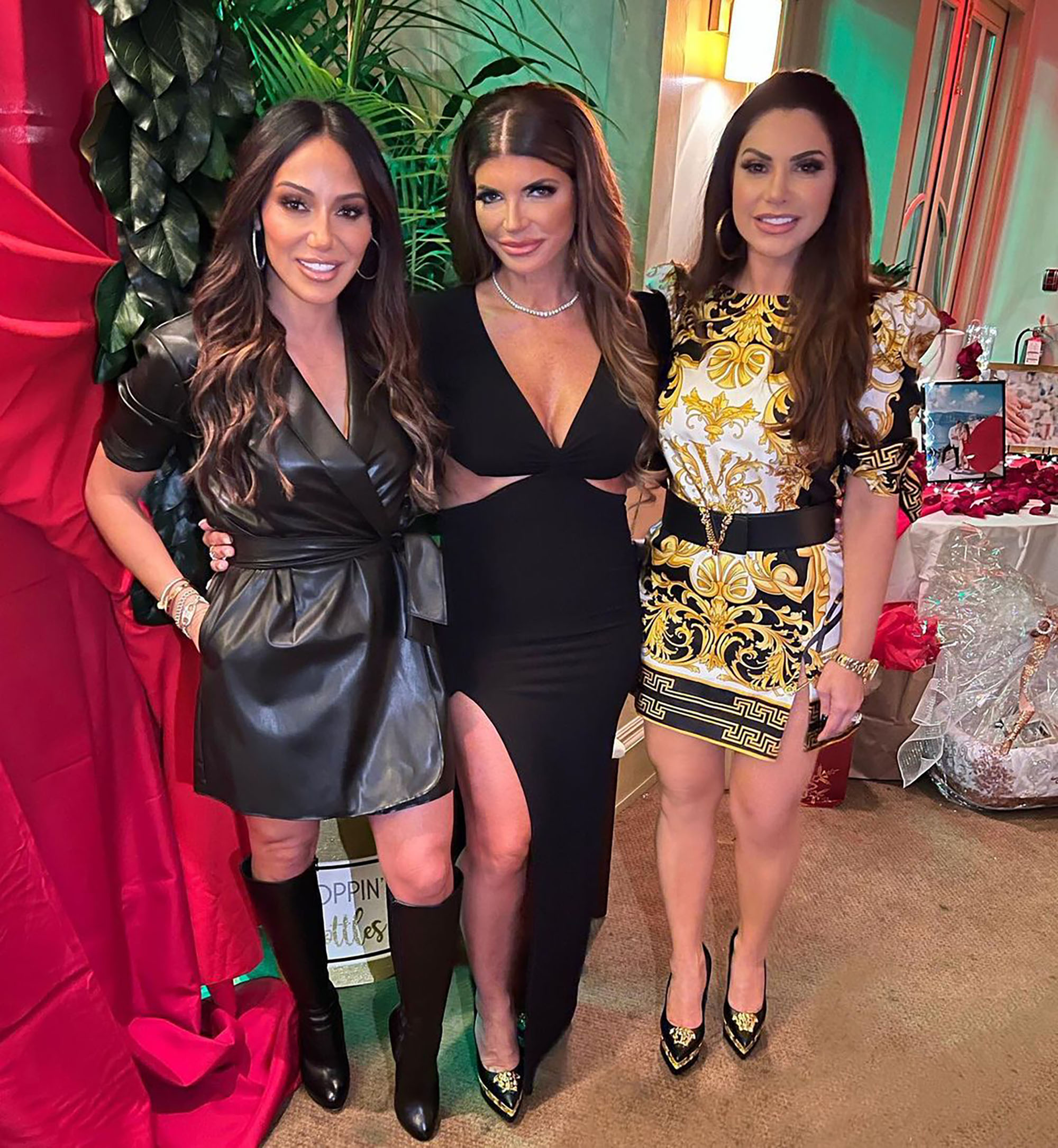 A source said Giudice, 49, and Ruelas, 47, wanted to keep the gathering very “intimate,” so they invited only about 40 to 50 people.

“Teresa’s girls made a very emotional speech about how happy they were for their mother and Louie,” an insider said. “There wasn’t a dry eye in the place, it was beautiful.” 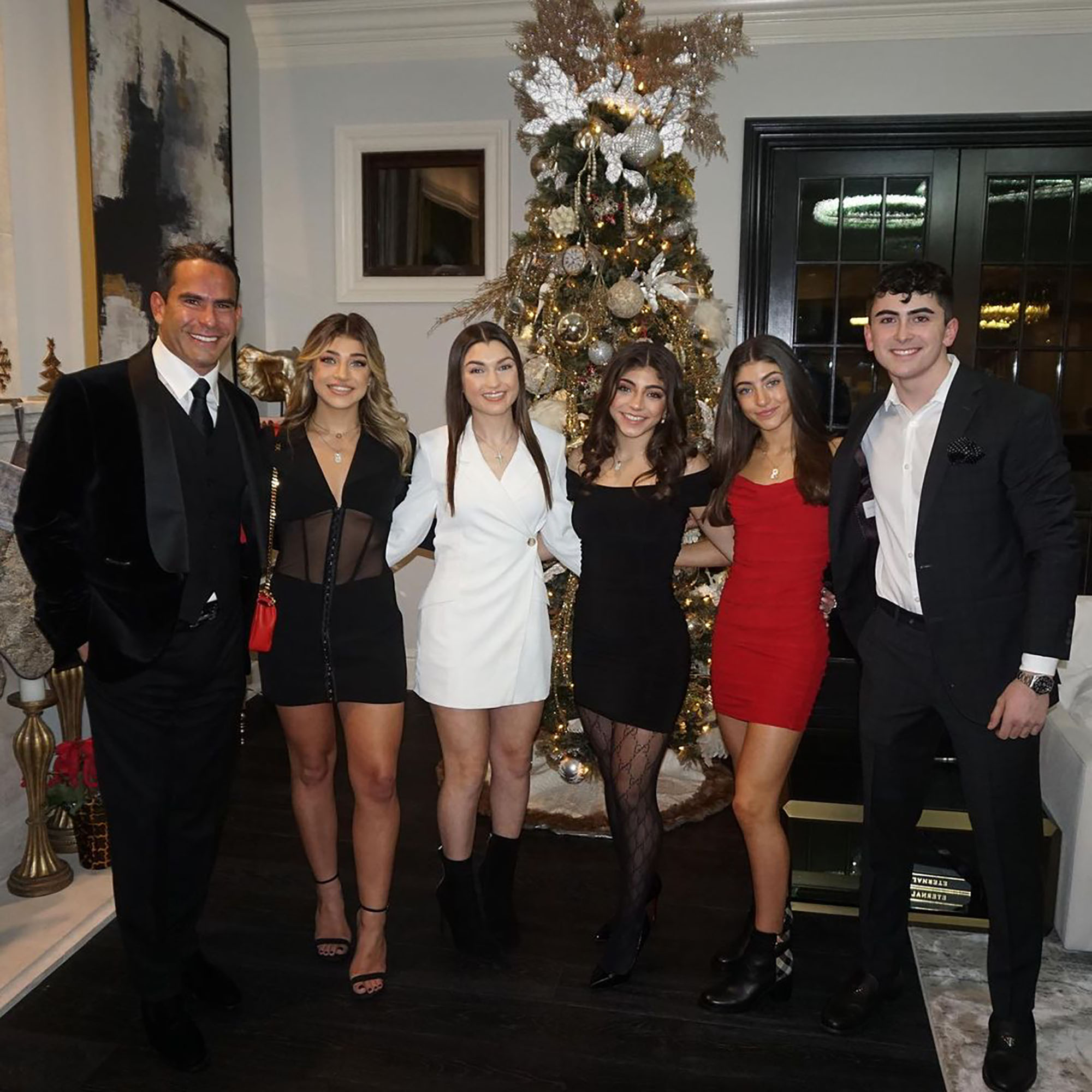 We’re told Ruelas’ mother, father, two sisters and brother were also at the party, and there was a “prominent photo” of Guidice’s parents, Antonia and Giacinto Gorga, who both sadly passed away in 2017 and 2020, respectively.

A source said “Tre” chose Bice Cucina as her venue because it has two very unique features: a tree of love and a tree of life.

We’re told guests dined on penne vodka and a choice of branzino fish or chicken Parm, with “tons” of appetizers including meatballs, eggplant, calamari and caprese salad.

“Guests were seated together at two long tables in the center of the restaurant,” an insider said. “The restaurant also served Danos tequila, which is Teresa’s favorite, so everybody was drinking Danos.” 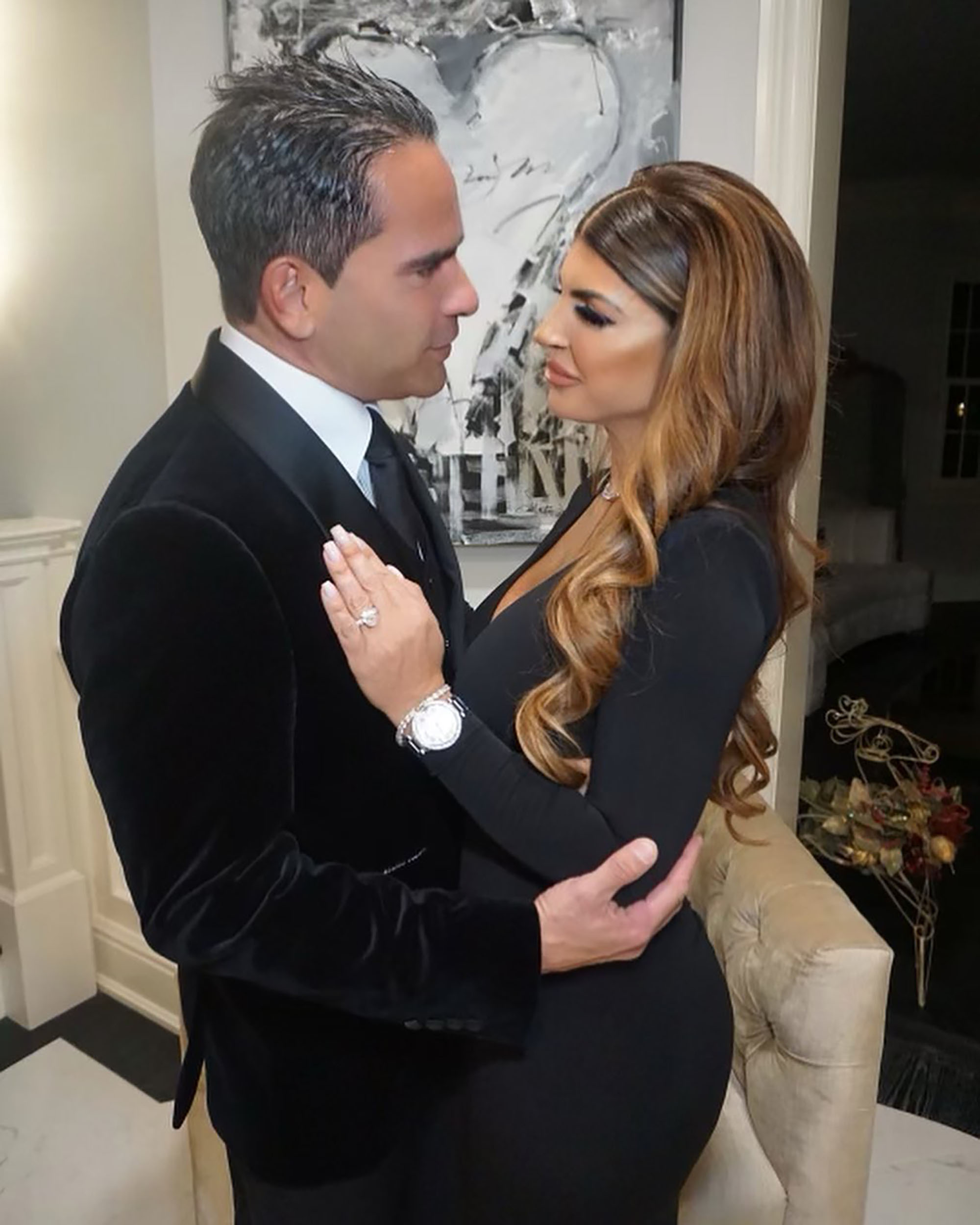 Giudice and Ruelas took a moment during their special night to give speeches.

“The night was absolutely spectacular,” a source concluded. “Love and happiness mixed with holiday cheer was definitely the vibe.”

Ruelas proposed in Greece in October, and Giudice recently revealed she had “no idea” he was going to pop the question.

“I thought we were just going on vacation!” the reality star told Entertainment Tonight. “I started crying and it was really nice.” 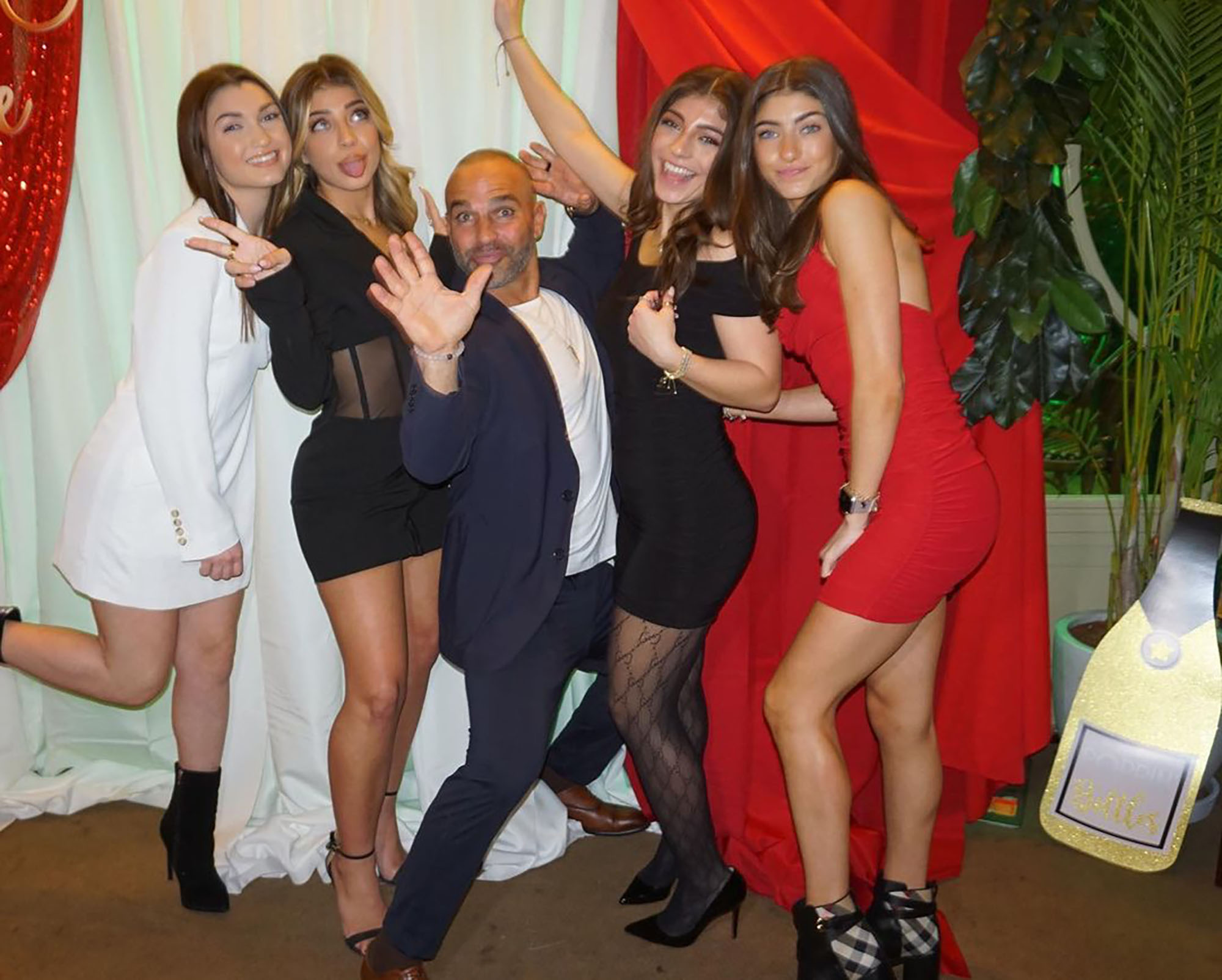 Ruelas got down on one knee with a stunning oval-cut diamond ring, which is estimated to cost $300K.

Giudice began dating Ruelas in July 2020 amid the “Skinny Italian” author’s divorce from husband Joe Giudice after 20 years of marriage. They recently moved into a new $3.3 million New Jersey home.

Ruelas, for his part, was married to a woman named Marisa DiMartino until 2011, with whom he shares his two sons.