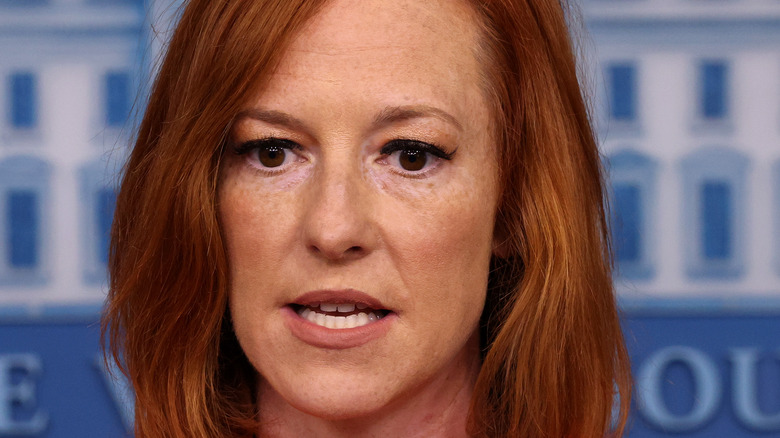 During the 2020 presidential elections, there was one moment that captured Twitter’s attention for the rest of the cycle – the fly that made a home on former Vice President Mike Pence’s head (via the Guardian). The best thing about it? No one told Pence about his guest, and as a result it sat there uninterrupted for two minutes (via Twitter).

Well, history does have a habit of repeating itself. On June 21, 2021, another pesky fly made its way into the Press Briefing Room at The White House and landed on Press Secretary Jen Psaki’s hair. But luckily for her, a kind reporter used up some of her question time to inform Psaki of the insect. “I think there’s a fly on your head,” NPR’s White House Correspondent Ayesha Rascoe told the Press Secretary, who immediately swatted the fly from her hair adding, “At least it’s not a cicada!”

The moment quickly became viral after ABC tweeted a short clip of the event, to which Rascoe replied, “I would want someone to tell me if I had a fly in my hair. I asked actual questions too!” At least Psaki’s moment of panic wasn’t anything like CNN’s Manu Raju, who had did in fact have a cicada crawling up his shirt jacket moments before he went on air on May 28, 2021 (via YouTube).

The cicadas are making their presence known…live on TV 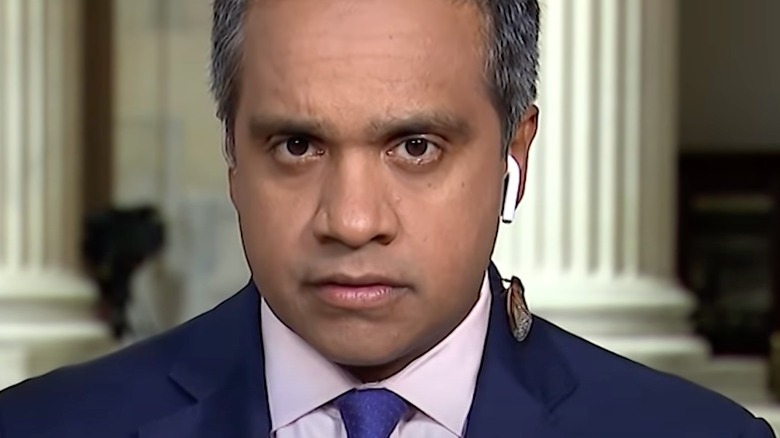 Just as he felt the giant critter climbing up the back of his neck, Mau Raju grabbed the bug before (understandably) shouting some expletives and looking shocked that it had been on him for that amount of time. “What the hell?! Do I have more on me?” he exclaimed, before asking, “Where are all these f**king cicadas coming from?”

Well, the question is appropriate, especially with the billions of cicadas expected to hit the east coast being the “biggest emergence event since 2004” (via CNN). The bugs, which are part of a group called Brood X, have been underground for the past 17 years but have since emerged to find a mate.

“This is a real treat. This is an unusual biological phenomenon,” entomologist Eric Day of Virginia Polytechnic Institute and State University Extension told CNN. “Periodical cicadas only occur in the eastern United States; they don’t occur anywhere else in the world.”

While the cicadas will start to die off in late June or early July (via CNET), there’s still time for more reporters to be host to these pesky insects.