Woman, 20, reveals she was asked to send ‘full nudes’ after applying for a ‘modelling job’ claiming to be from online fashion giant Boohoo

A woman was asked to send revealing pictures of herself after applying for a modelling job which claimed to be from online clothing retailer Boohoo.

Livvi Robson, 20, from near Swansea in Wales, decided to apply for the role after she came across an advertisement on major employment website, Indeed.

The job was asking for a fashion female model aged between 16 to 35. However, when Livvi pinged off her application, she soon realised something wasn’t right.

Around 35 minutes after applying she had an email from a person claiming to be someone called Naomi Evans, who appeared to have a Boohoo email address.

Some of the emails she then received included requests for nude pictures as well as asking for her password to her email account. 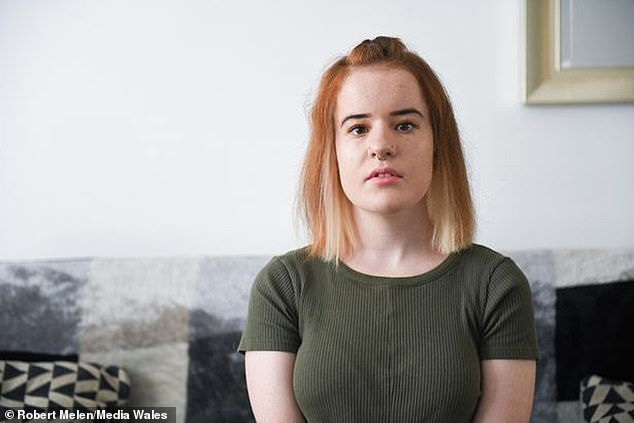 Livvi Robson (pictured), 20, form near Swansea in Wales, decided to apply for the modelling job after she came across it online

One of them said: ‘You got any showing full body, hun? Less clothes better x’

While another message read: ‘A lot of girls normally send full nudes and cut faces out so it’s secure hun but it’s your choice, smaller underwear the better x’.

‘As idiotic as I was, I did apply and got a response straight away,’ said Livvi. ‘ I researched the advertiser, who is named Naomi Evans, but there was nothing on Facebook.

‘I researched where studios were on Google for Boohoo, and never found one based in Swansea.’

Some of the emails she then received included requests for nude pictures as well as asking for her password to her email account. Pictured, the exchange between her and ‘Boohoo’

And it wasn’t long before alarm bells started to ring for the 20-year-old.

‘I discussed with my friend how fishy the emails were,’ she explained. ‘In the emails between me and the interviewer they were starting to ask for revealing images of myself and I refused. I found it very unprofessional and inappropriate.’

She added: ‘It was a very big invasion of privacy, plus who would do it so publicly? I reported it on my email as fraud and spam. Then when I went on the ad on Indeed it was stating “Page Not Found.”

Now, Livvi is speaking out and sharing her story as a warning to other people to be careful.

‘Please be careful since they were looking for ages between 16 to 35 and only females,’ she explained. ‘Some young girls could fall for it.’

‘I declined all offers. Once I stated I was refusing to send passwords to my emails and nude pictures of myself. The emails stopped.’ 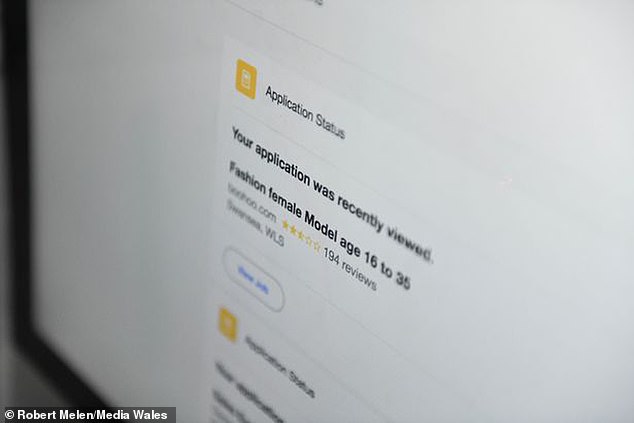 LIvvi initially applied for the ‘modelling job’ after seeing in advertised on Indeed. Pictured, the advertisement before she researched and it said ‘job not found’