Woman, 24, who turned to sugar daddies to pay off university debts and made up to £1,000 per date reveals she was left traumatised and fearing for her life when it led to prostitution

A student who turned to sugar daddy dating after getting into debt while studying at university has revealed how it led to prostitution – and she was left fearing for her life and in need of therapy.

It was supposed to be a short-term fix for Jessica Hyer, 24, who lives in south Manchester, but it had damaging long-term consequences.

Becoming a ‘sugar baby’ on an established website was easy, but the ‘pay per dates’ arrangement soon became sex work.

Jess became reliant on the large amounts of money she’d receive in exchange for dates and sex with older men, she told Manchester Evening News. 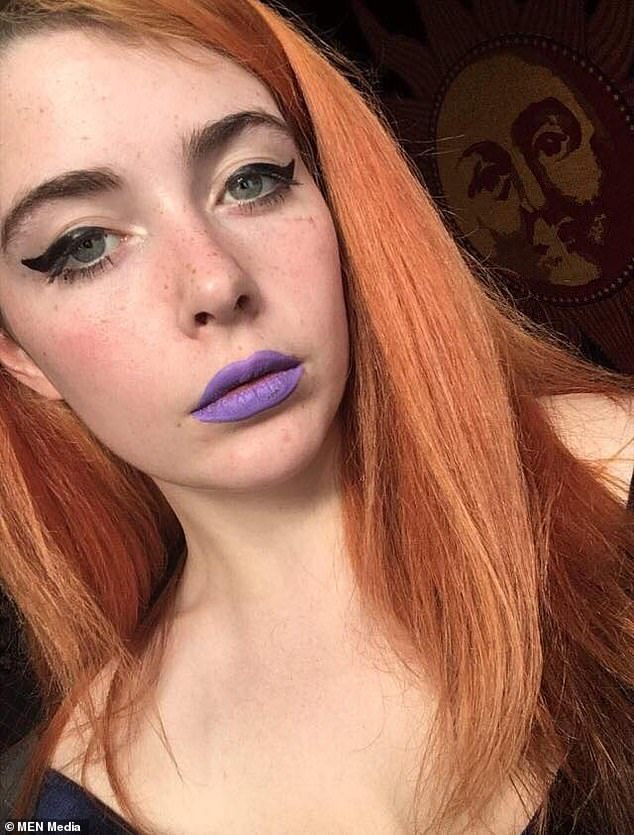 Jessica Hyer turned to sugar daddy dating after getting into debt while studying at university, but it led to prostitution – and she was left fearing for her life and in need of therapy

It was quick cash for the desperate 19-year-old, who had supported herself since leaving home aged 16.

For her, the reality of sugar daddy dating was far from glamorous. In fact, it was dangerous and isolating for Jess, who has been left traumatised by some of the encounters she had with so-called ‘sugar daddies’.

Now Jess wants to lift the lid on ‘sugar daddy dating’ in a bid make young women and men aware of what it entails, and some of the risks.

The 24-year-old is also setting up a support network for so-called ‘sugar babies’, offering them safety advice, someone to talk to and advice on how to get back into regular work.

‘The way sugar daddy dating has been glamorised is problematic,’ says Jess. ‘There are vulnerable girls and there are underrage girls who lie about their age on those websites.

‘Don’t get me wrong, there are some girls who love it and have successful relationships with men on there. All the power to those. 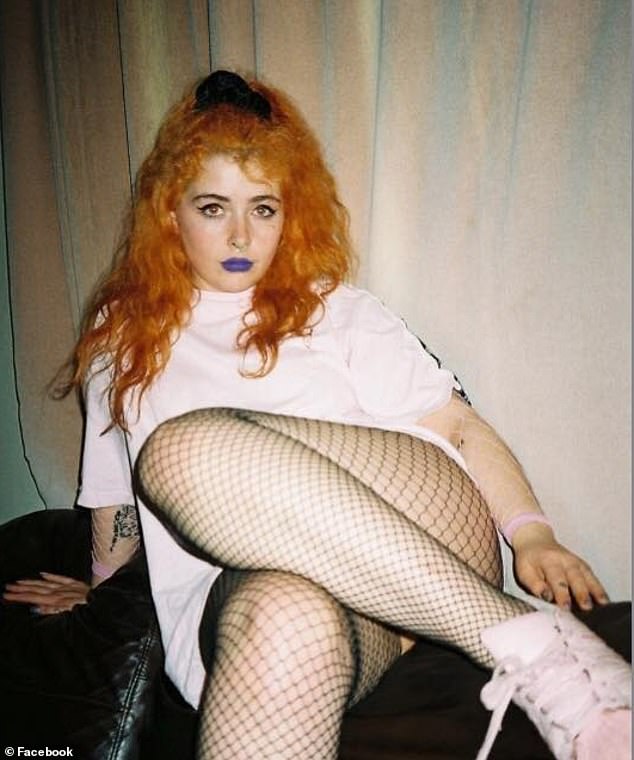 Now Jess wants to lift the lid on ‘sugar daddy dating’ in a bid make young women and men aware of what it entails, and some of the risks

‘But the ones who need support, and have had awful experiences like myself, that’s what is important to me.

‘People shouldn’t think it’s all rosy and glamorous because it’s not.’

Jess grew up on Stoops Estate in Burnley, one of the most impoverished postcodes in the UK, and left home when she was 16.

She went to college before gaining a place at the University of Manchester to study English and Drama.

A year into her studies, Jess was in what she describes as ‘financial ruin’. She was £1,500 overdrawn and owed her friend £200.

The earnings from her part-time job as a waitress weren’t going to pay the debts she owed.

‘They target students and you actually get a free premium account if you have a student email,’ says Jess. 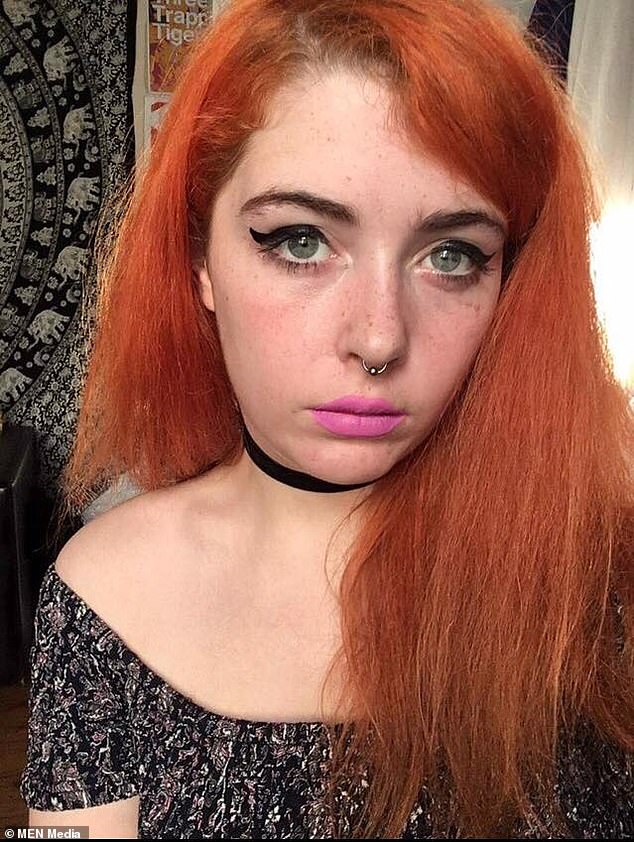 Jess grew up on Stoops Estate in Burnley, one of the most impoverished postcodes in the UK, and left home when she was 16

‘When you look at the page there’s an image of a young attractive man. They make you think that these men are mentors and, that they are going to help you with your career, men who don’t view you in a sexual way.

‘When really, sex is usually the end goal.’

Instead, men were using it as a way to pay students for sex.

At first she would meet men for dates only, making between £70 to £150 per meet.

But as her financial circumstances became more desperate, she agreed to have sex with the men she met online for much larger sums of cash. 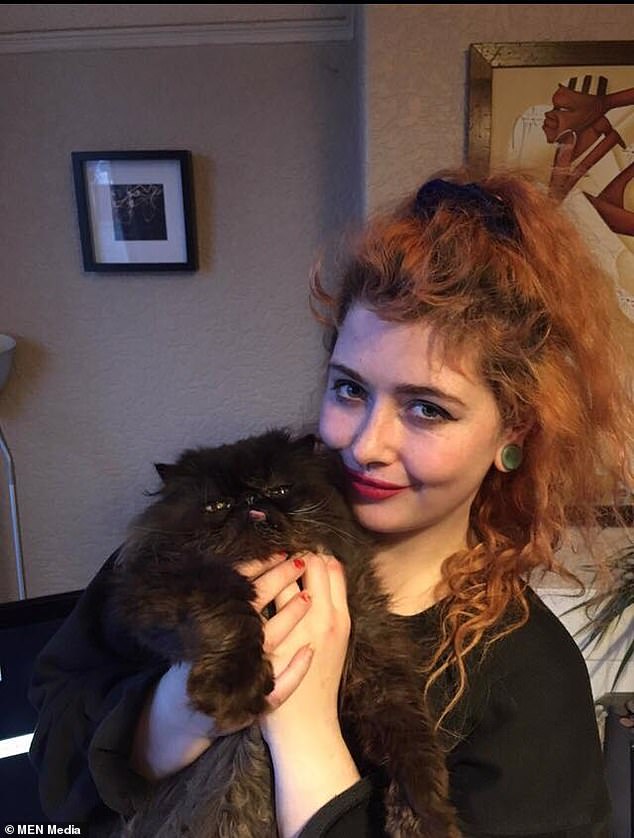 The earnings from her part-time job as a waitress weren’t going to pay the debts she owed, so when Jess spotted an advert for a sugar baby website, she signed up

On the first arrangement of this kind, Jess was picked up from her student house in Fallowfield by a man driving a Lamborghini.

‘My first proper, proper sugar daddy messaged saying “a dinner and a date and a night at mine for a grand”,’ says Jess.

‘I’d never been on a date like that but I was desperate so I had to take the risk.

‘I got in his Lambo and he passed me a grand in cash, a wad of £20 notes with a ring around it. I’d never seen that amount of money before.

‘That was one of the few glamorous occasions of sugar daddy dating for me. I was so scared I asked if I could get out the car and post the money through the door in case he killed me.

‘I felt I had so little choice at the time I just did it.’

Jess estimates she met with around 50 men through a website over four years. The men she’d meet were usually in their forties and fifties with a variety of jobs and backgrounds.

Some were wealthy businessmen or doctors, but some she knew very little about.

‘They don’t all have loads of money,’ adds Jess. ‘In fact, some are really tight.’

What sugar daddies seek from sugar babies varies, Jess says. Some want to take the girls on dates and have the ‘girlfriend experience’, while some ask for arrangements where there are no sexual limitations and want to indulge fetishes. 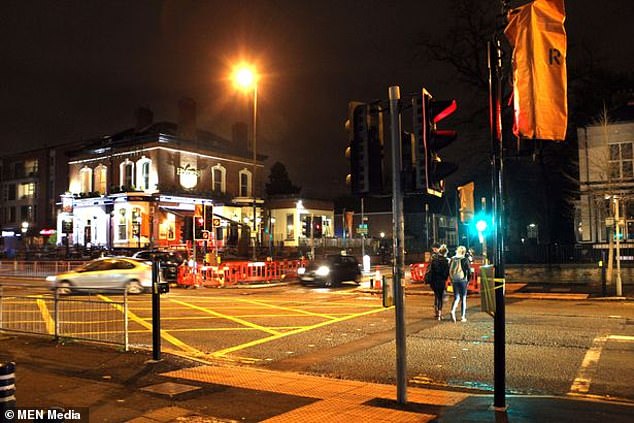 Jess was living in the heart of the student community (pictured: Wilmslow Road in Fallowfield) when she started doing sex work

Jess said she often hid the seedy reality of sugar daddy dating from her friends.

‘Some of my friends thought it was really fun and glamorous but that was only because I didn’t tell anyone what it was really like, most women don’t,’ she added.

‘Most of us wouldn’t admit what it’s really like unless it’s to another sugar baby.

‘I sugarcoated it at the time because I didn’t want anyone to know what I was really doing.

‘I did feel a lot of shame because of the way men and women view sex work. But you can’t deny that it’s happening and it’s not going to stop.’

Jess said the longer she did sugar daddy dating, the more risks she took. It all started to have a severe effect on her mental health.

UK universities with the most sugar babies

Number of students turning to sugar baby websites in 2018:

She said was left traumatised by some of her experiences with men who paid her, and has had therapy to recover.

‘Once you get into it you get used to the money and it’s hard to get out,’ says Jess.

‘You start lowering your standards and you start taking risks because you need the money.

‘And when you get the money you spend because you think “this is an easy life”.

‘I was making up to £600 a date sometimes, but not all the time. It was enough to support myself but also my problems.

‘My mental health severely deteriorated around this time and it was heavily influenced by what I was doing.

‘I felt so isolated and there was no support for people like me at the time. There’s nothing for the girls to chat on the site I used.

‘I’d reported a number of users to the site and never got a response. None of it is taken seriously.

‘I’m not saying that all the men on there are not nice. But in my experience the vast majority of men don’t treat you like you’re human.

‘A sugar daddy once said to me, “I usually go for girls who are less pretty like you because they are less confident”.

‘To them you’re an investment and a sexual investment.’

Jess managed to extract herself from sugar daddy dating last year. With therapy and the support of her partner, Jess has taken control of her mental health and is recovering from some of her experiences.

Her aim is to get a job as a mental health support worker and start her masters in applied theatre in the autumn.

Her sugar babies support group will be open to students turning to sex work through websites to fund their time at university.

‘I managed to get out of sugar daddy dating and I want to be part of that process for other people,’ she said.

‘I want people to know that I’m not judging those with a positive experience. I personally had a terrible experience and at the time I felt there wasn’t any support available to me.

‘I want to provide that support for men and women without judgment.’