The property value just jumped from $400k to $6.6million.

A woman who was about to sell her house has pulled out after a Banksy artwork appeared on her wall overnight.

Aileen Makin, 57, had her Bristol home listed for £300,000 ($400k) until the guerrilla artist secretly painted a picture of a sneezing woman on the side of it on Wednesday night — thus increasing the value of the property by around 17 times.

“Street art pieces are not sold with authentication by Pest Control – Banksy’s authentication body,” Joe Syer, founder of MyArtBroker told Daily Mail, “however with the right provenance in place we’d estimate this to be worth in the region of 3-5 million pounds.’ 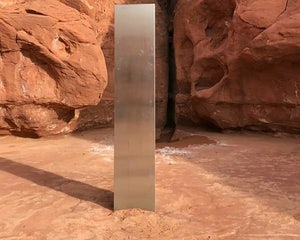 Makin was reportedly due to sign papers next week… but has since had a change of heart.

The piece, dubbed “Aachoo!!”, appeared on the side of Makin’s house at the bottom of Park Street, believed to be the steepest in England. It depicts an old lady sneezing and her dentures flying out; when viewed at an angle, the clever mural appears as if her sneeze has knocked over every building on the street like dominoes.

The mysterious artist — who is also believed to hail from Bristol, as much of his early work is based there — confirmed it was one of his on his Instagram account:

Makin’s son Nick told reporters that people had been climbing all over his roof to get a closer look at the artwork while the family slept. 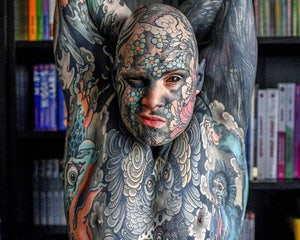 He said they intend speaking to a security firm about how best to keep it safe; in the meantime they installed a plexiglass sheet to protect it from the elements — or vandals.

Many of Banksy’s street artworks have been vandalized before… which is a bit of a grey area when it comes to criminal damage, since the artworks themselves were technically vandalism in the first place (albeit usually a most welcomed act).

While Banksy paintings have sold for millions, ownership and sale of street art pieces is a far more complicated matter. 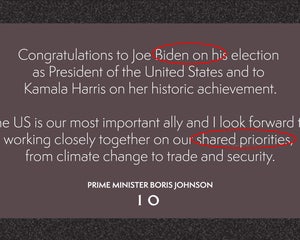