A woman recently took to Twitter to publicly thank an Uber driver who traveled great lengths so she wouldn’t miss her relative’s 100th birthday celebration.

Kerry Maggard tweeted a shoutout to the driver named Jesus, who picked her up at Minneapolis−Saint Paul International Airport and drove 400 miles to her aunt’s party.

Maggard, who’s a resident of Lafayette, Louisiana, was riding with her sister, Deb Eggers, who lives in San Antonio, Texas.

The entire family was getting together to celebrate Ann Stueven reaching centenarian status. But Maggard and Eggers missed their connecting flight and had to call an Uber — not thinking anyone from the ride service app would agree to make the 400-mile hike to the Minnesota nursing home where the party was being held.

“When he arrived I said, ‘It’s almost 4 hours away. Is that ok?’ I explained we were trying to get to my aunt’s birthday party,” Maggard told “Good Morning America.” “He paused and said, ‘I’m a driver, that’s what I do and I will take you.'”

“He was extremely sweet. It’s really a testimony to the kindness of people,” she said. 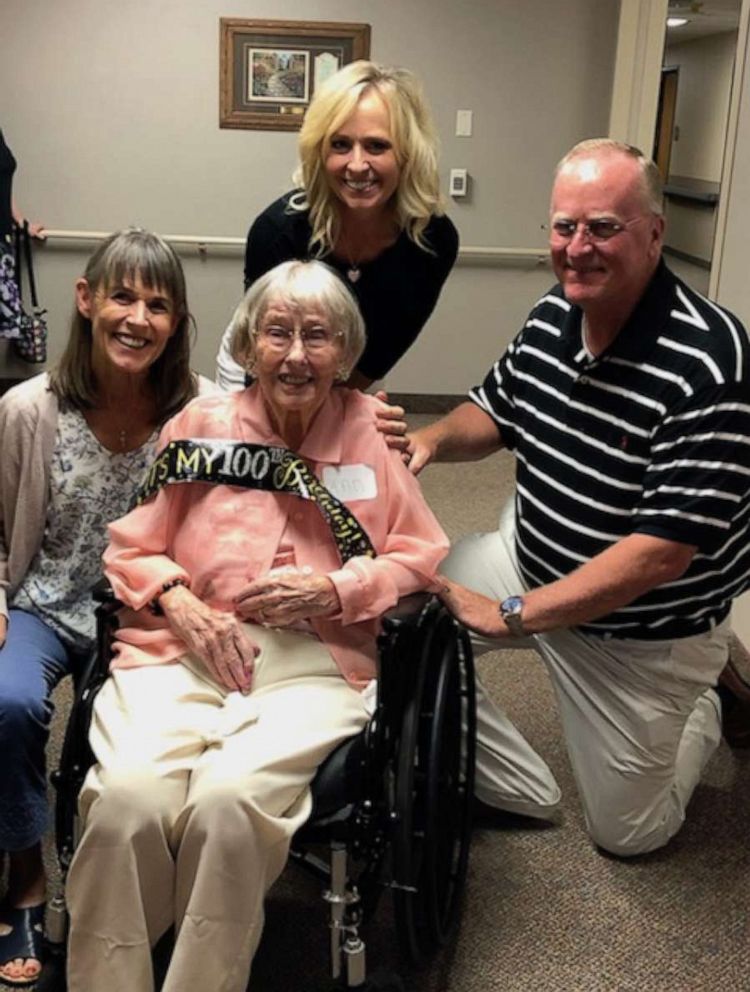 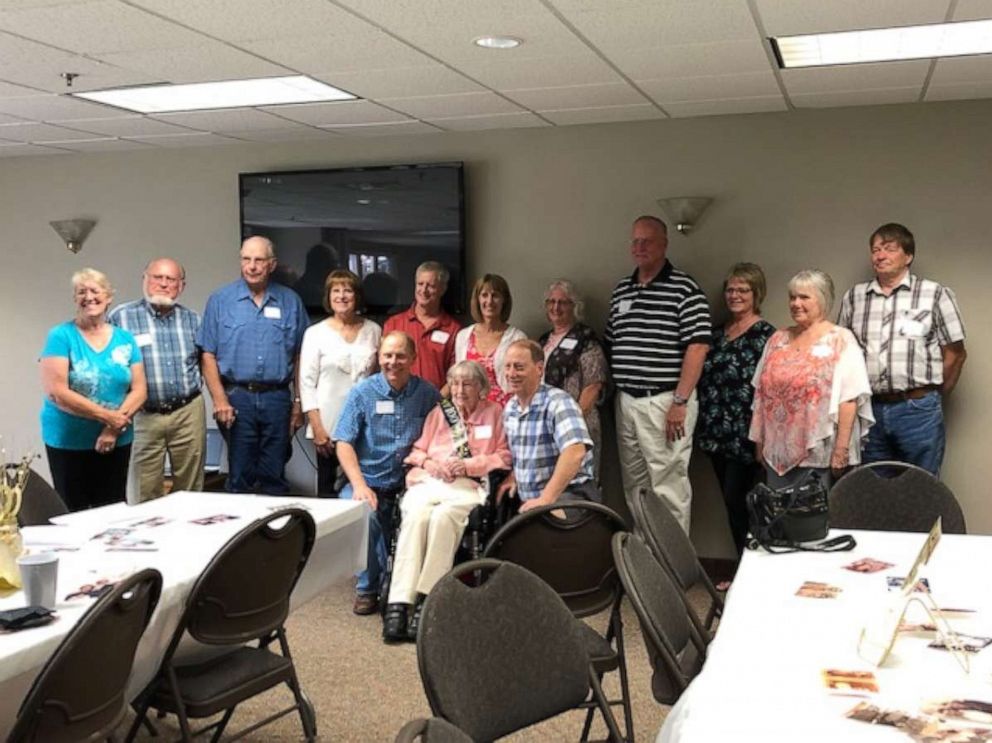 Maggard, who tipped Jesus $54.07 for the $216.30 trip, shared screenshots after her July 20 ride, writing on Twitter, “My sister and I requested Uber for a 4 HOUR drive and LOOK WHO ANSWERED OUR PLEA!!! #JesusSaves #Godhassenseofhumor” 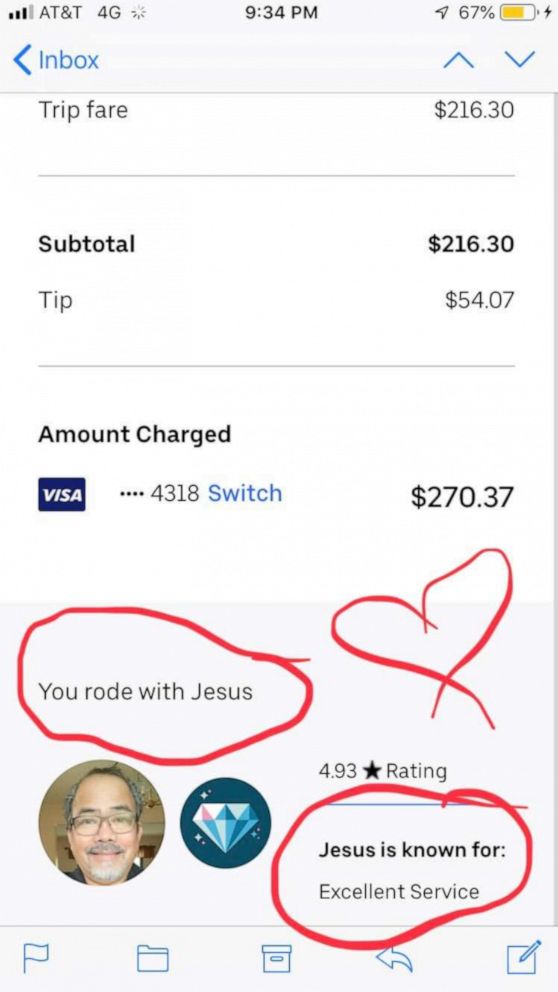 She hasn’t reconnected with Jesus, but spoke with his daughter-in-law via Facebook who said Maggard’s story “epitomizes the sweet man that he is.” 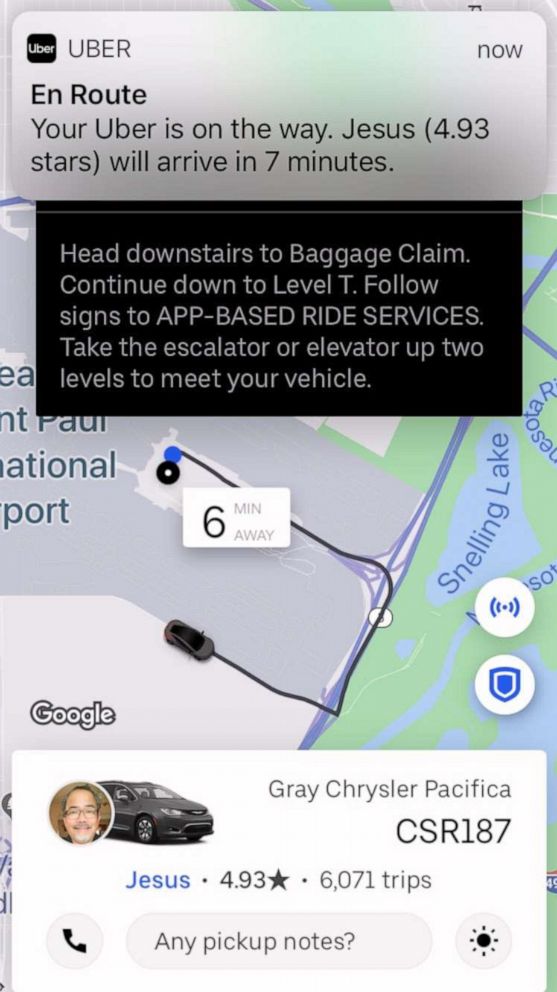 Stueven was married 56 years to the late Herb Stueven, whom she shares two sons.

“Aunt Ann is just as sharp, sweet and witty as can be,” Maggard said. “She was thrilled when we walked in an asked about our adventure.” 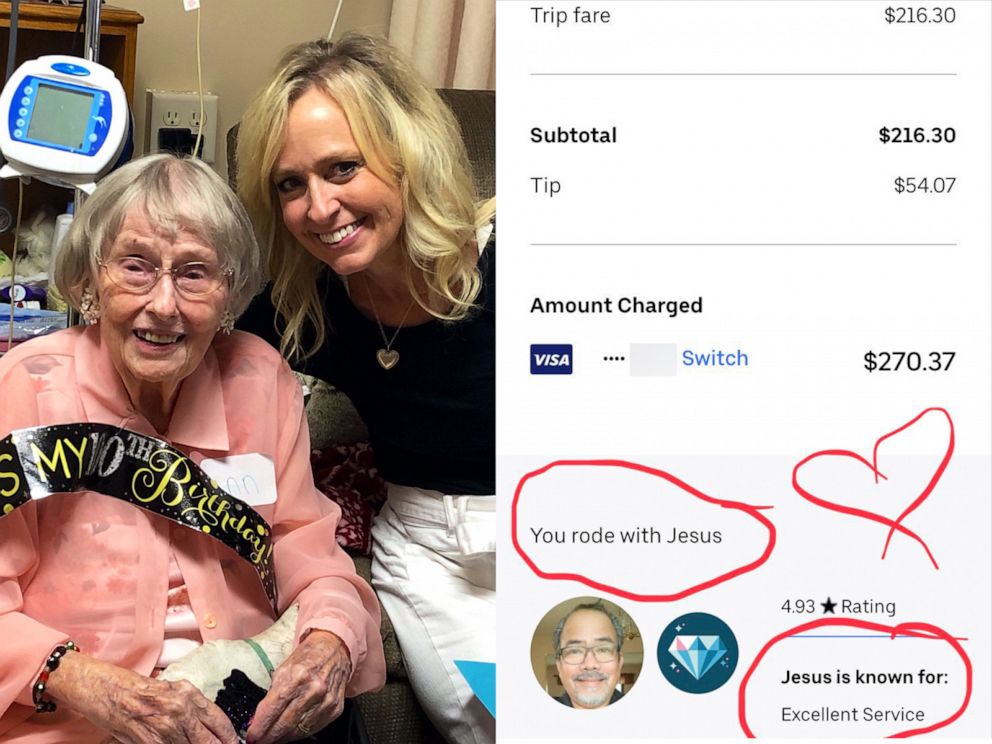