Last week, The Bachelor franchise blew up after Rachel Lindsay’s interview with Chris Harrison. Unlike the calm and collected Harrison fans are used to seeing, he said some really offensive things. And as a result, it opened up a massive conversation around racism within the franchise. Would Lindsay be upset if Harrison returned as host after he stepped down? It all depends on how he chooses to move forward. 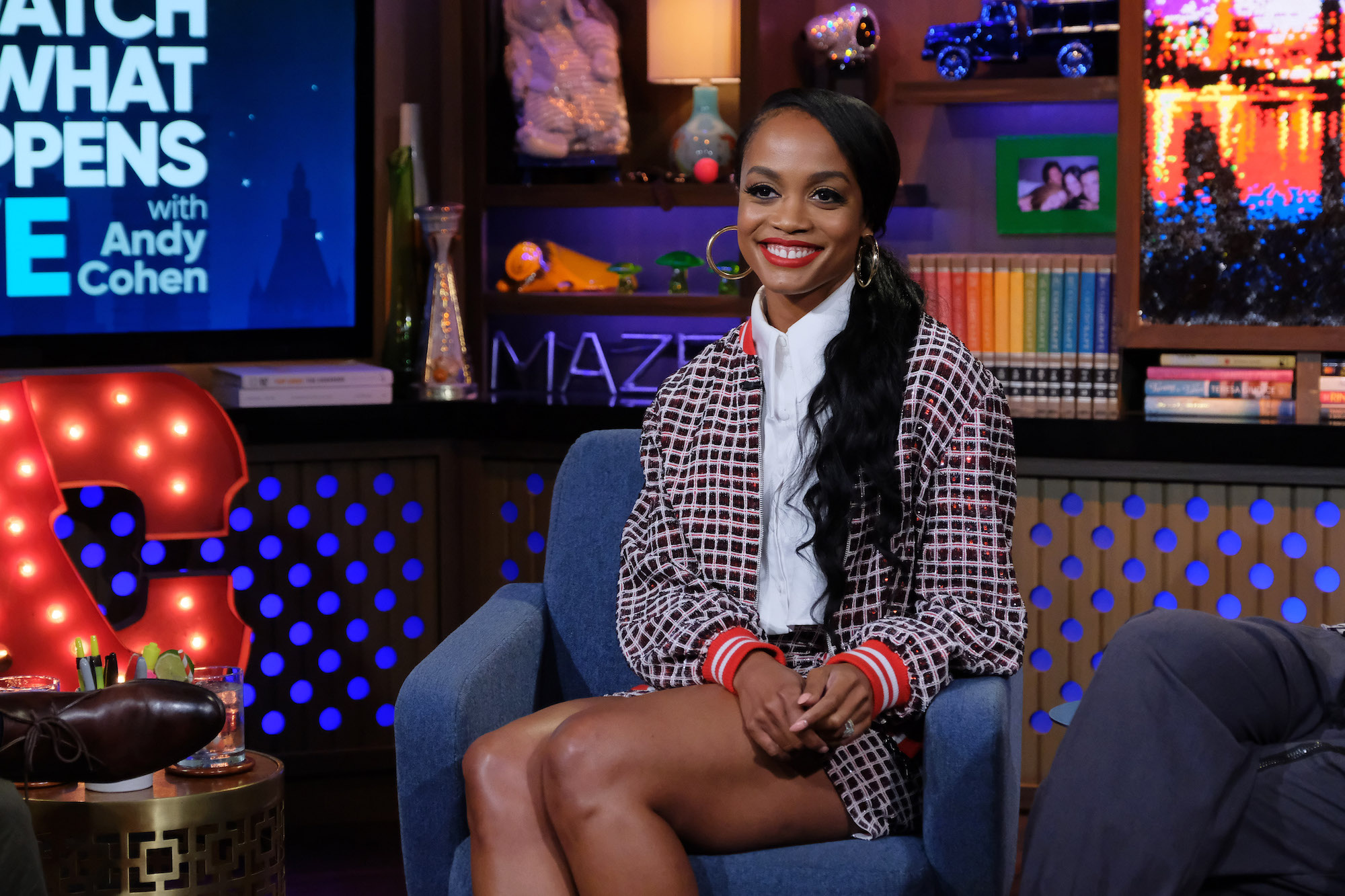 On Feb. 9, Harrison went on Extra, where Lindsay hosted the interview, to talk about the current season of The Bachelor. Currently, Matt James is the lead in the 25th season.

When they got to the topic of Rachael Kirkconnell, Harrison got defensive about the contestant. Kirkconnell has come under fire since the season started after allegations surfaced about her bullying based on race, according to Cosmopolitan. There have been a lot of other rumors and allegations, with the most recent being a picture of Kirkconnell at an Old South Antebellum plantation-themed formal in college in 2018, something the university banned in 2016, according to Refinery29.

In the interview where Harrison got pretty heated in defense of Kirkconnell, he said that people needed to give her “a little grace” and “understanding” instead of judging her based on her past. He also downplayed the photo and asked who Linsday was to demand Kirkconnell apologize or speak on the allegations after six weeks of silence.

The fact that slavery and celebrating what the “Old South” represented in 2018 still held the same context as it always has was not lost of fans of the franchise. And Harrison received a ton of flack for the interview.

In fact, there was a petition to fire him from his hosting responsibilities. In the following days, he released an apology statement and after that he stepped down as host for the time being, saying that he wouldn’t appear on the “After the Final Rose” episode of Matt James’ season.

But that doesn’t mean he’s gone for good. In the new episode of Lindsay and Van Lathan’s podcast Higher Learning, Lathan asked Lindsay if she’d be upset if he returned as host in future seasons and she was quiet for a bit and laughed while she thought about it.

“No, I’m laughing because I’m like, ‘Damn it’s a good question, nobody’s asked me this question. Of course, Van would ask me a question like this,’”  Lindsay said on the Feb. 16 episode. “I need to see what happens between now and the time that it potentially is announced that he’s coming back.”

Lindsay then went into what she doesn’t want to see if Harrison came back to host future seasons.

“If he goes away, we don’t see him at the finale and then he pops back up on Paradise like the last four or five months didn’t happen,” Lindsay said regarding what she’d be “mad” about. “You need to show me that there’s been some change within you and disappearing from the public eyes, not the change that I need to see. And I don’t know how you do that for me, but that’s the only way.”

Lindsay also said that the franchise was ‘complacent’ and didn’t do enough, clearly, in fighting racism within Bachelor Nation

After some more talking with Lathan, Lindsay said that Harrison has to “immerse [himself] in the culture…” Regarding that, Lindsay went on to say that she doesn’t want to see that he only watched documentaries or read books and did the bare minimum in educating himself. But she wants to see that he understood it in his actions like volunteering and donating. Harrison has to see “explicit” and “implicit” racism.

“You gotta get in this thing, because I wanna feel like, when I talk to you that you’re not giving me a textbook answer,” Lindsay continued. “I want to be able to feel me and feel what it is that we’re saying as much as you can. That’s the only way you’re gonna get it.”

Before that part of the conversation, Lathan said that it was tiring to have conversations revolving around “first Black” anything, regarding Lindsay as the first Black Bachelorette in 2017 and now James in 2021 as the first Black Bachelor. And Lindsay agreed, saying that the franchise made tiny steps here and there toward diversity, however, they did the bare minimum and that wasn’t enough to handle racism within the franchise.

“If anything that we can take from this is we got complacent. We gotta do better,” Lindsay said about The Bachelor franchise, and listed some other ways they tried to improve in front of and behind the camera. “So if anything it teaches you you can’t stop, like you have to keep going. Just because some changes are made, doesn’t mean it’s all good. And I think that’s what this has shown us.”