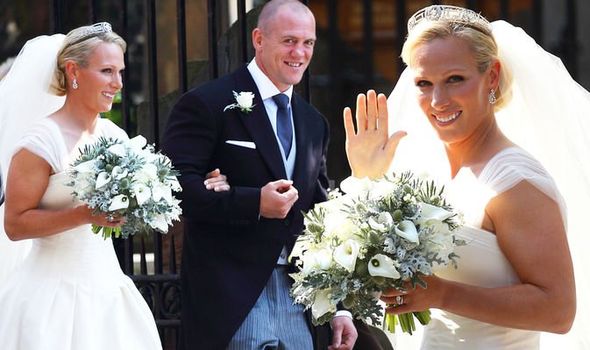 Zara Tindall is the daughter of Princess Anne and Mark Phillips and was the Queen’s second grandchild. Despite being 18th in line to the throne, Zara often keeps her life private and does not have a royal title. She married rugby union player, Mike Tindall, 40, nearly eight years ago, after they met in 2003. The couple have had two children together, Mia Grace Tindall, five, and Lena Elizabeth Tindall, one.

Zara married Mike in a ceremony at Canongate Kirk in Edinburgh on 30 July 2011.

She wore an ivory silk and satin wedding dress which was designed with Stewart Parvin.

The design had a featured a drop waist and had a fitted corset style top which continued into a large full skirt.

Although she is not a working member of the Royal Family, Zara followed in the footsteps of other royal brides by picking a tiara from the royal jewellery collection.

She wore a headpiece which originally belonged to Prince Phillip’s mother, Princess Andrew of Greece and Denmark. 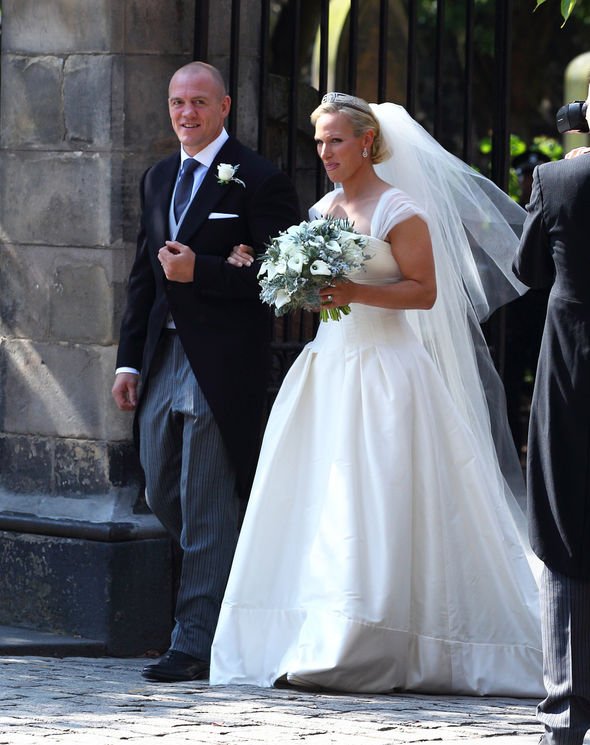 The Princess Andrew Meander Tiara had a diamond bandeau with meander, laurel and honeysuckle decorations.

She also dressed up the look with a pair of diamond earrings which belonged to Princess Anne.

On her big day, Zara made a very sweet nod to the Royal Family by following in her mum’s footsteps.

Many young royals have recently chosen to get married in venues such as Westminster Abbey and Windsor Castle.

However, Zara opted to marry in Scotland which was the same place Princess Anne tied the knot nearly 20-years before. 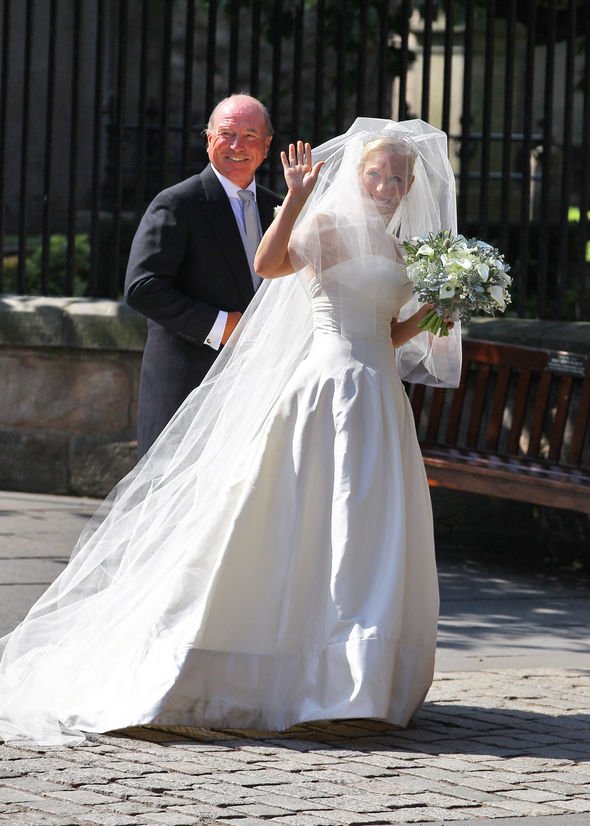 Zara and Mike Tindall stepped out to Wimbledon last week and chose not to sit in the royal box.

Instead, they sat in the public stands, where any member of the public can buy a ticket for.

After this, they were dubbed the most down-to-earth couple by royal fans online.

Zara and Mike also recently made an appearance on BBC’s Top Gear.