As part of his new album Believe, Andrea Bocelli has released a couple of music videos featuring the duets included on the record. The latest is a rendition of Amazing Grace sung alongside Alison Krauss. In the footage, both Bocelli and Krauss are seen singing remotely inside their respective studios.

“Of course, before and after, we got together over video calls several times to optimise the recording and sing ‘together’, albeit at a distance!”

On choosing John Newton’s Amazing Grace for his new album Believe, the 62-year-old said: “The concept behind Believe is based on three words: faith, hope and charity.

“These are the three theological virtues of Christianity, yet – quite independently of any religious belief – they are also the three extraordinary keys to giving meaning and completeness to the lives of every one of us.” 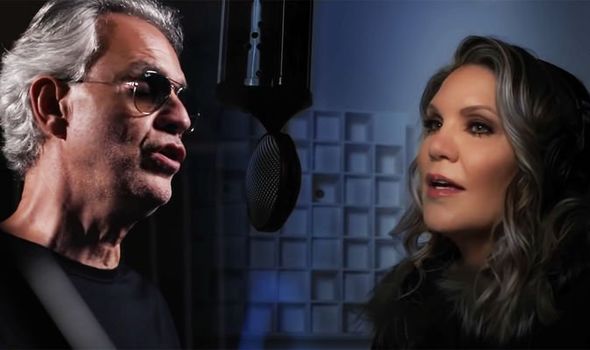 The live-streamed concert has been viewed over 41 million times on YouTube to date.

While the songs performed were Panis Angelico’s, Ave Maria, Sancta Maria and Domine Deus before ending with Amazing Grace on the steps of the cathedral. 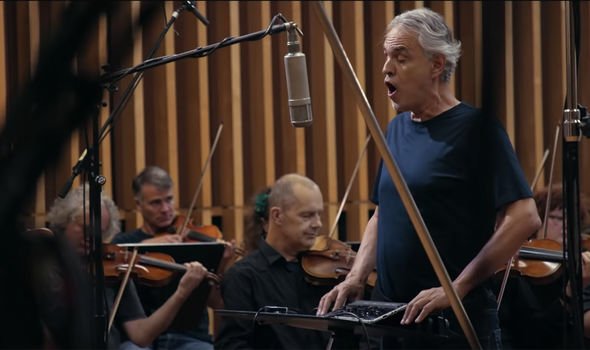 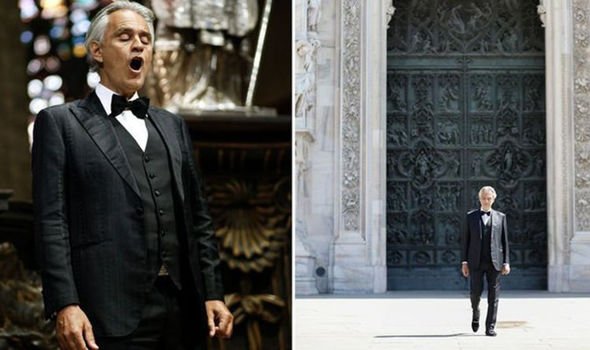 Inside the Duomo, Bocelli was accompanied by cathedral organist Emanuele Vianelli.

While his final song, Amazing Grace, was sung completely unaccompanied on the steps of the cathedral before an empty city in lockdown.

He told us that while the Duomo di Milano was empty, the loneliness was a sort of mirage.”

The tenor said: “There were really millions of us there, interconnected through music, and I gave my voice to both their prayer and my own.”

Bocelli added: “Our Christian Easter, with its message of love and redemption, seemed to me like the perfect time to take a moment to stop and reflect upon things, as well as offering a moment of hope.”

His other duet on the Believe album is sung with mezzo-soprano Cecilia Bartoli.

The classical singers perform Pianissimo, composed by Mauro Malavasi, who has worked alongside Bocelli for almost three decades.

Bocelli said of Pianissimo: “Pianissimo is an enlightened dialogue between a couple who feel God’s gaze and love move through their romantic relationship.

“As is often found in Malavasi’s compositions, the piano is centre stage as it accompanies the singers’ intertwined melodies.

“It was wonderful to sing the Pianissimo duet with Andrea. It is such a beautiful melody – I really enjoyed it!”

Andrea Bocelli’s Believe is out now.