The orchestras started, the crowd roared, and out she wafted in a hot pink Zandra Rhodes kaftan. Sixty years at the top of showbiz and there’s still time for something new as Barbra opens with a reworked version As If We Never Said Goodbye. “I don’t why I’m frightened, it’s not quite dark here in Hyde Park here….when I hear those trumpets, it’s time for tea and crumpets… All day i dream of clotted cream,” and so on. The most seasoned of pros, she knows her audience. As she takes the first of many ovations, Barbra adds: “The driver asked if I went to Pride and I said ‘Why? I knew I’d see everyone here tonight.'” Speaking of ovations, one of the greatest icons of all times shamelessly jokes she knows we’d be giving her standing ones if we weren’t already on our feet! Hiarious. And true.

Barbra tells us the last time she played a park was 1967’s legendary A happening In Central Park, so she dubs this A Happening In Hyde Park. Always moving with the times, she clearly has her eye on that hashtag.

Out comes the china tea pot and cups with a glass bottle and red roses as she sits and reminisces over a photo album groaning with casual photos with Princess Margaret, the Queen, Cecil Beaton, Prince Charles. The Queen of song sure loves our royals.

Barbra then puts up a deleted scene for A Star Is Born. It’s a fascinating glimpse into her creative life but the crowd holds its breath hoping for what might come next. We sigh and sway at the opening bars of Evergreen and spontaneously all join in. “Oh yes, help me out” she purrs.

And then cheers ring out as Kris Kristofferson comes on stage for Lost Inside You. A frail 83, his voice is past its glory days, but the sheer power of nostalgia and the evident love and respect between the two is overhelming. 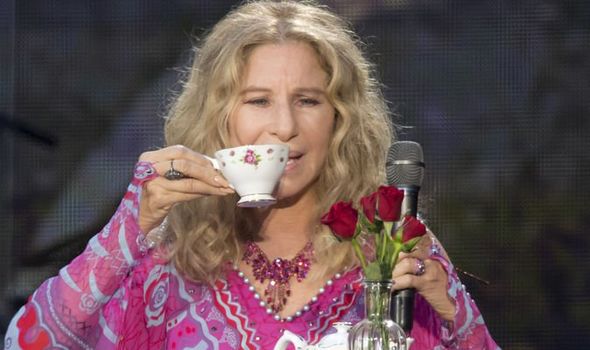 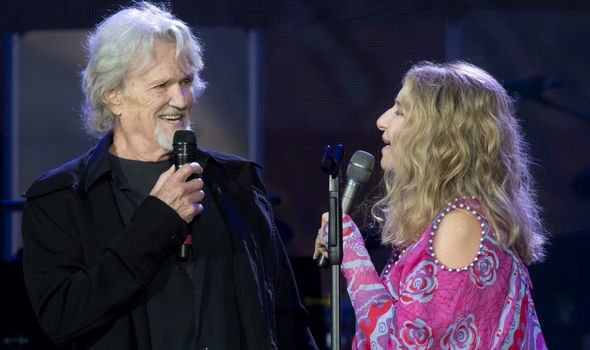 Medley time delivers wonderful reminders of glories like Woman In Love, Stoney End and the discotastic Enough Is Enough. “I’ve always dreamed I’d find the perfect lover, whooo-hoo- ooo” the crowd roars but we wisely leave the big money shot to Barbra and she nails it.

Then it’s time for more tea before a delightful treat with 1965’s Second Hand Rose, itself a cover of the 1921 Fanny Bryce original. Barbra is surprised and charmed at how many of us sing along. Well, that’s the magic of a timeless artist with and extraordinary back catalogue.

West End Phantom star Ramin Karimloo appears and belts out a number while Barbra nips off for a costume change, returning in silky black number which shows off those enviable pins. After some flirty banter, they duet on a gorgeous Music of the Night.

Alone again, she delivers an aching, spellbingingly delicate Send In The Clowns. The crowd sings along so quietly it’s almost reverential but we’re soon cheering ourselves hoarse for surprise guest star Lionel Richie who comes out for a rousing Memories from The Way We Were.

This is followed by a gorgeous gossamer-light  Silent Night that flips into an utterly barnstorming My Man from Funny Girl. Those lungs still pack a hell of a punch and every song is still sung with utmost emotional intelligence and empathy. It is magic, pure and simple. 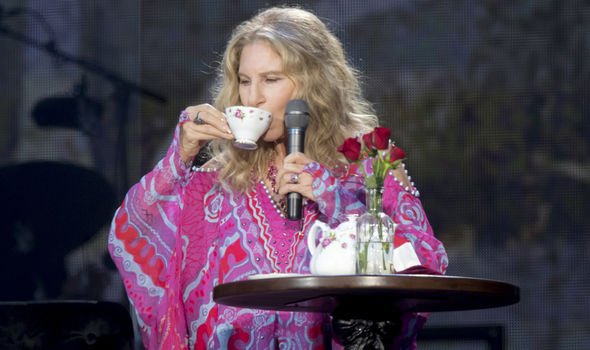 During another chat, Barbra reveals not even all her dreams came true and Gypsy eluded her, despite even sending in test material in costume. But any regrets are swept away with the reminder of what she did achieve on a barnstorming Don’t Rain On My Parade.She even fluffs the middle section, but picks it up like a pro.

That is no surprise, what is refreshing is the notorious perfectionist’s willingness these days to immediately confess to her mistake and laugh about it. The same happened when the earlier Star Is Born clips were out of sync. This is a new looser and lighter Barbra. Afer worshipping that wondrous perfection and power for decades, the fans are now able to engage with the women. The voice has gained richness over time, and so much of the range and power on the big notes remain. Only sometimes do the softer notes waver, but that is life, to be embraced rather than mourned.

There is also still the joy of hearing Barbra tackle songs outside the usual repertoire. An utterly spellbuilding A Very Unusual Way from Nine had the entire crowd hold its breath. You could hear a pin drop.

The encore was Judy Garland’s The Man That Got Away, one of the most tragic lyrics of all time, delivered with gut-wrenching drama and, just like her old friend Judy, somehow tunred into something triumphant.

For me, there was just a little too much scripted chat and not quite enough song… but Barbra Streisand live, outdoors and still going strong? Now that’s a Happening in Hyde Park.