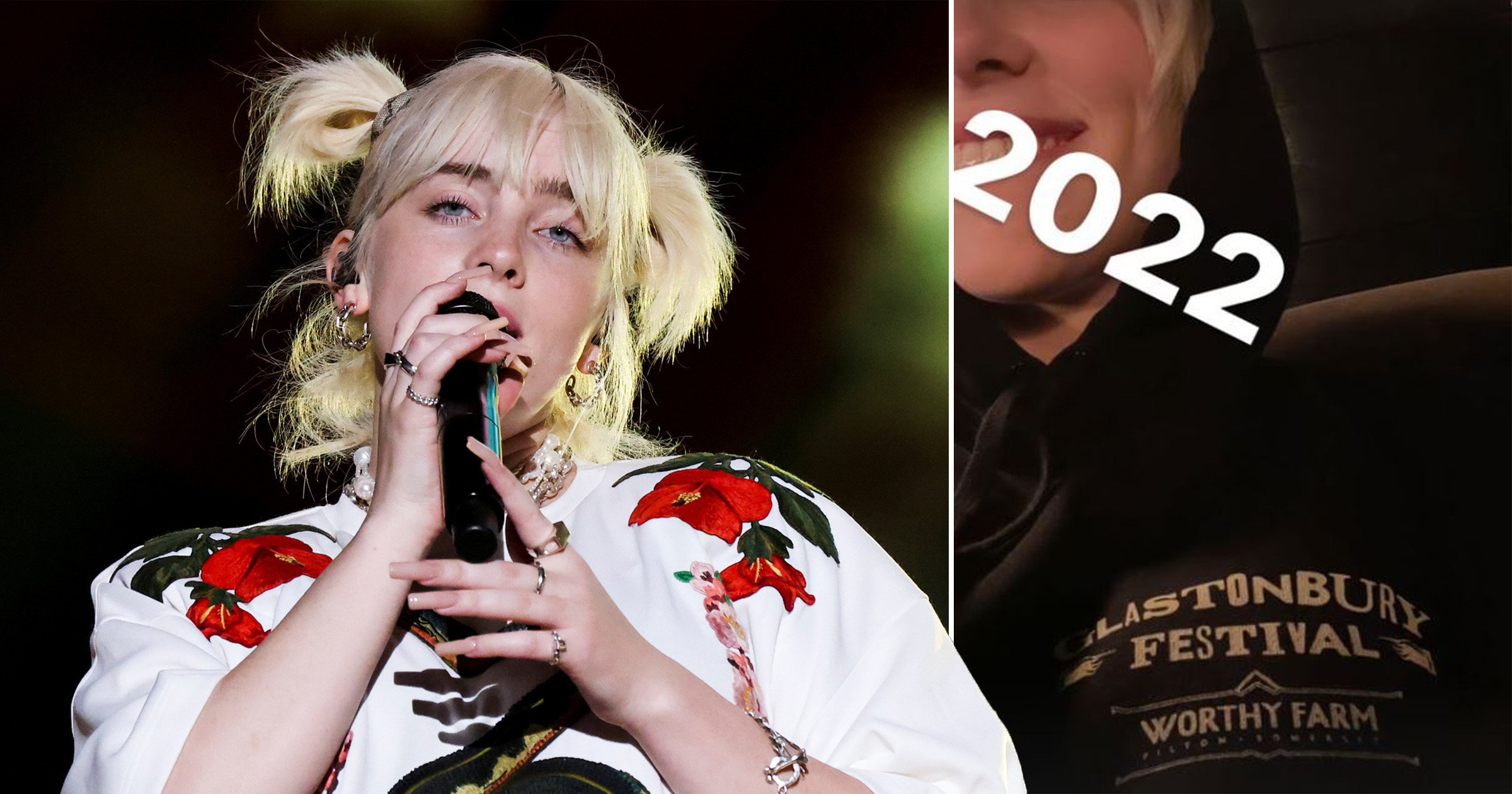 Billie Eilish has casually announced herself as a Glastonbury 2022 headliner and, needless to say, fans are losing their minds.

The Bad Guy singer sent fans into a frenzy after sharing a selfie of her wearing a black hoodie with the words: ‘Glastonbury Festival, Worthy Farm, Pilton, Somerset.’

She then added ‘2022’ over the photo suggesting that she’s set to perform at the Somerset music event next year.

Glastonbury organiser Emily Eavis later confirmed the news and tweeted: ‘We couldn’t be happier to announce that the wondrous @billieeilish is headlining the Pyramid on the Friday at next year’s Glastonbury Festival, becoming the youngest solo headliner in our history.

‘This feels like the perfect way for us to return and I cannot wait!’

As Emily stated, Billie will be the youngest solo artist to headline Glasto as she’ll be just 20 years old by the time the event rolls around next summer.

She’s also currently the first artist announced for the upcoming festival as the full line-up – and remaining headliners – are yet to be revealed.

The 19-year-old is no stranger to Glastonbury after last playing the Other Stage in 2019.

However, with her fame having soared even more over the past two years, it wouldn’t be a surprise if she was announced as a headliner.

Reacting to Billie’s teasing post, one fan said: ‘Looks like, if Taylor Swift returns for 2022 and Billie Eilish’s Instagram is anything to go by, Glastonbury could have two women headlining next year.’

Keen to avoid getting too excited just yet, one fan queried: ‘Has Billie Eilish just dropped a huge #Glastonbury hint on Instagram???’

‘So Billie Eilish for @glastonbury then? There is that Friday gap in her schedule,’ one predicted.

Confused as to why Billie’s post had mostly gone unnoticed for eight hours, one tweeted: ‘Why is nobody talking about the fact Billie Eilish just basically confirmed she’ll be performing at Glastonbury next year!?!’

Glastonbury has been missing in action for two years after the 2020 and 2021 events were cancelled due to the Covid pandemic.

Taylor Swift, Sir Paul McCartney, Kendrick Lamar and Diana Ross were previously announced as headliners, but it remains to be seen if they’ll still appear at the 2022 festival.