Back in the day when it was still possible for Great Britain to win Eurovision, it was still a thrilling triumph (and a very close call) when Bucks Fizz triumphed, beating German entry Lena Valaitis’s Johnny Blue by just four points. It’s quite possible that a nifty costume change mid-way through the song made all the difference. All the band members and choreographer Chrissie Wickman have claimed credit for the idea but Cheryl Baker gave a new insight this week.

Cheryl said: “We were all throwing in different ideas about what we wanted to wear. Jay Aston wanted to wear a short skirt, I wanted to wear a long one as it suited the song and definitely suited my legs, I said flippantly. ‘for goodness sake let’s have both’.

“Then the choreographer said, that’s it… on the line ‘if you want to see some more’ we take the top skirt off and the little one will be underneath.

“I think we won the competition by four points because of the skirts coming off.” 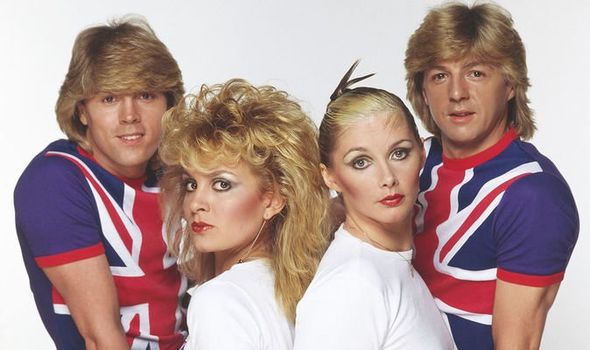 What few remember, is that the competition was overshadowed by terrorist threats.

Staged in Dublin after Irish entry Johnny Logan’s win in 1980 with What’s Another Year, there was a fear of violent anti-British demonstrations and attacks from the IRA.

Bucks Fizz had to stay at a separate hotel from all the other contestants with constant armed guards and travel separately to the RDS Stadium for rehearsals and the main show.

Happily, nothing marred the contest apart from one bomb scare at a different hotel.

Cheryl told Dublin Live: “To be perfectly honest when you’re young, you don’t see the danger, you just see the excitement.

“Apart from that, we did get together with the other contestants, the Irish organisers made sure we had lots of events where we got to know each other! There was lots of laughter, lots of champagne!”

Bucks Fizz was formed specifically for Eurovision just three months earlier, but their entry was already at number two on the UK charts before they won.

With the rare exception of acts like ABBA and Celine Dion, very few acts who make their debut at the Contest go on to any lasting success.

Bucks Fizz went on to sell over 50 million records, including three UK numbers ones – Making Your Mind Up, My Camera Never Lies and The Land of Make Believe – and another four top ten hits.

But the chart-toppers had began to dry up by 1984 and then the band was involved in a horrific accident. 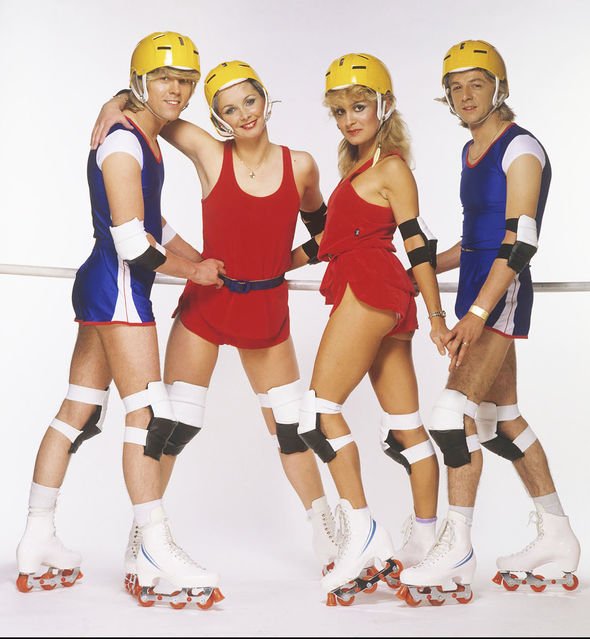 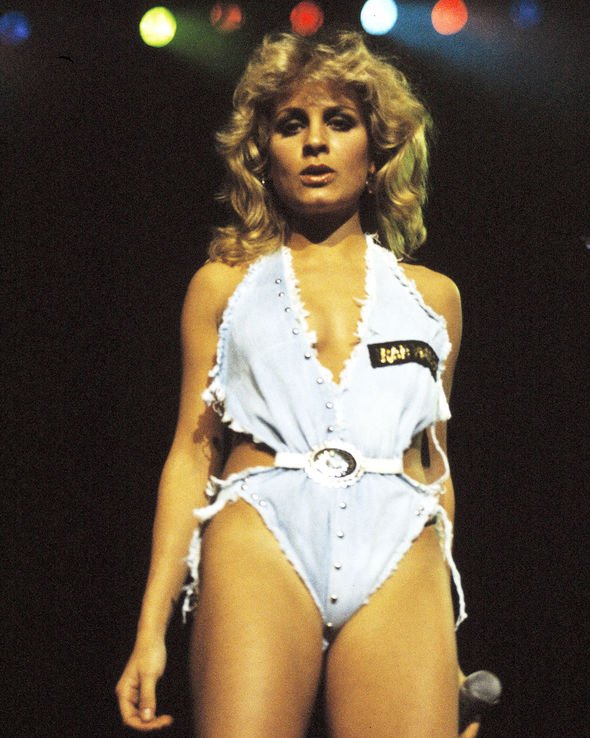 After a concert in Newcastle on December 11 1984, the band’s tour bus collided with an articulated lorry. Everyone on board was badly hurt, including crew members. The driver, Cheryl, Mike and a guitarist flew out through the windscreen and the roof of the bus was ripped off.

Bobby was treated for whiplash and Jay was admitted to hospital for back injuries, bruising on the brain and broken ribs, while Cheryl broke three vertebrae in her spine.

Jay later admitted: “We were all lucky to walk away with our lives that night.”

Mike almost didn’t. He suffered major head injuries and fell into a coma.  He was reported to have died on the operating table and was placed on life support machines for three days before he regained consciousness. He still suffers from impaired vision, epilepsy and short-term memory loss.

It was the beginning of the end for the band in its original form.

Struggling with rehabilitation and unhappy with the direction of the band and mounting tensions, Jay suddenly quit in June 1985 after the release of the single You And Your Heart So Blue.

She was still under contract and found herself being sued. She said later: “Life got very difficult after that too as I was involved in several lawsuits because the management weren’t happy with my decision to leave.”

Jay’s affair with the band’s songwriter Andy Hill, who was also the husband of the band’s creator Nichola Martin, was made public and she sold her own story to the press with the headline “The hateful, bitchy world of Bucks Fizz.” 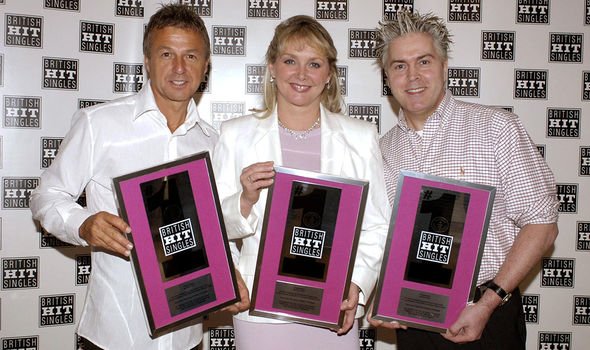 Apart from the typical band tensions and jealousies, Jay later said the main issue was how badly paid they were.

As a manufactured band with no song-writing revenue they might have been topping charts across Europe but they were paid as employees on a fixed contract.

The other three members, however, stayed put and a new replacement was brought in, 21-year-old Shelly Preston.

Things looked brighter after the first single under the new line-up, New Beginning (Mamba Seyra), hit the UK top ten in May 1986, followed by two minor hits but it soon seemed clear the band’s glory days were behind them.

The rather ominously titled album Writing On The Wall only made it to number 89 on the UK charts.

After a greatest hits compilation, The Story So Far, failed to chart in 1988, there were no plans to record any new material and Kelly officially left at the end of the following year. 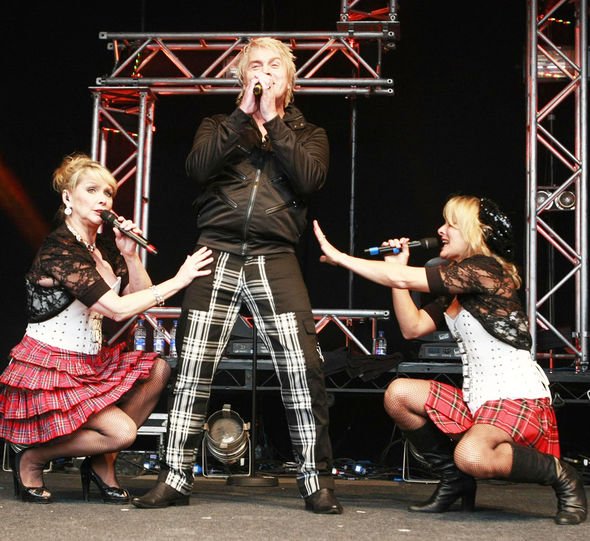 Cheryl forged a hugely successful television career and left the band in 1993, by which time Bobby’s wife had bought the rights to the Bucks Fizz name and then it all gets very confusing.

The next decade was a revolving door of new line-ups that even included Dollar star David Van Day when Mike left in 1986. After that Mike and Bobby formed competing versions of Bucks Fizz until Bobby legally established his right to exclusively use the name.

By 2004 some hatchets had been buried and Shelly, Cheryl, Bobby and Mike briefly reunited as The Original Bucks Fizz, performing shows that year, before Bobby left again.

Shelly left in April 2009 and shortly after Jay rejoined her old bandmates under a variety of names from OBF to the truly terrible Cheryl, Mike and Jay – Formerly of Bucks Fizz.

Much more successful was a rebranding in 2014 as The Fizz, along with new member Bobby McVay. 2017 album The F-Z of Pop gave any variation on Bucks Fizz the highest chart position for 31 years when it debuted at number 25.

BUt there was still one last line-up change and a final challenge to face.

Bobby left the group amicably in February 2018 to focus on his life in Italy.

In June that year, Jay was diagnosed with cancer of the mouth and had surgery the following month to remove part of her tongue.