Coronation Street star Helen Worth – best known for portraying Gail Platt on the cobbles – has opened up about an incident which left her red-faced.

The soap star, 70, was approached by the real-life wife of one of her character’s exes in a butchers after sharing a snog with her husband on-screen.

Gail and Lewis originally began a secret affair as he quietly planned to scam her out of her life savings, after already embarking on a relationship with Gail’s mum Audrey.

Lewis eventually died from a heart attack in 2019, and Nigel quit the soap for good.

But there were plenty of off-screen moments that were just as dramatic, as Helen shared a story of meeting Nigel’s wife while out shopping – shortly after kissing him on the ITV soap.

Helen told Nigel of the incident: "I was in Walters Butchers and from behind me I felt a hand on my shoulder.

"A lady’s voice said, ‘The last time I saw you, you were kissing my husband.’"

Helen continued: "And there was a deep breath from the whole of the butchers which was full, as they waited for fisticuffs.

"I turned round and there was your lovely lady wife and she said, ‘You don’t know me but I’m Mrs Havers!’"

Helen went on to tell her old pal Nigel about meeting her own husband, Trevor Dawson, 10 years ago. 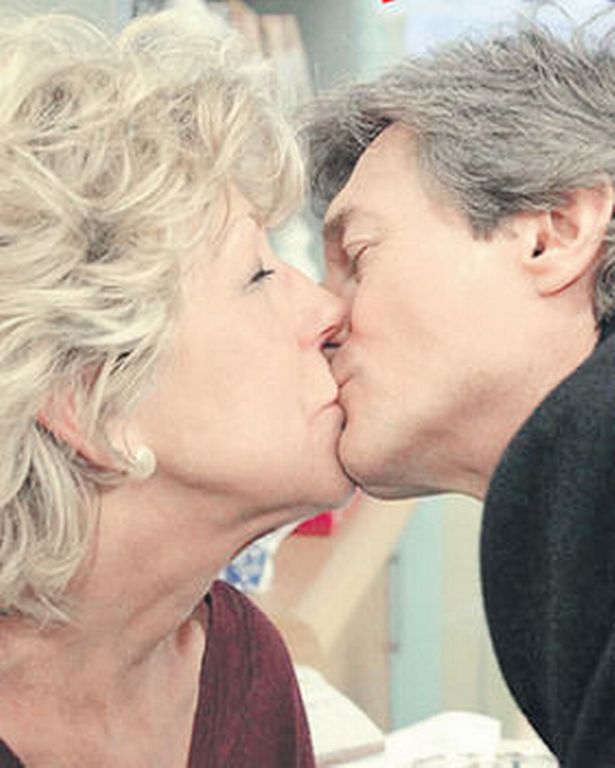 The soap star has been married twice – first to Michael Angelis from 1991 until they divorced in 2001, and then to Trevor in 2013.

She told I’m a Celeb star Nigel: "I met Trevor about 10 years ago and I just thank my lucky stars really. He’s just gorgeous."

Nigel asked her if it was "love at first sight", to which Helen was quick in her response: "Yes, yes!"

Trevor certainly echoed the sentiment when he discussed their love story a few years ago, admitting: "We met at a mutual friend's 90th birthday party. Yes, it was love at first sight."

He had been a fan of the soap star from seeing her on screen, adding: "We watch the show together. I had always been a fan going back some years. I used to watch it with my mum. Of course, Gail was my favourite."