President Donald Trump said that following a conversation with Kanye West, he plans to intervene personally to try to secure A$AP Rocky‘s release from police custody in Sweden.

The 30-year-old rapper, whose real name is Rakim Mayers, was arrested and jailed in Stockholm earlier this month on suspicion of assault stemming from alleged involvement in a brawl. Prosecutors are investigating the matter to decide if to indict Rocky, and he is set to remain in custody until July 25 “because of the flight risk,” the Swedish prosecution authority said in a statement on Friday. West and wife Kim Kardashian have been lobbying Trump, who they have met with before for unrelated matters, for his help to get the rapper freed.

“Just spoke to @KanyeWest about his friend A$AP Rocky’s incarceration,” Trump tweeted on Friday. “I will be calling the very talented Prime Minister of Sweden to see what we can do about helping A$AP Rocky. So many people would like to see this quickly resolved!”

A day earlier, Kardashian tweeted, “Thank you @realDonaldTrump , @SecPompeo, Jared Kushner & everyone involved with the efforts to Free ASAP Rocky & his two friends. Your commitment to justice reform is so appreciated.”

Last year, Trump commuted the life sentence of Alice Johnson, who had been serving time in prison since 1996 for a first-time drug offense, after Kardashian lobbied and met with him at the White House. The reality star has continued to push for criminal justice reform and is studying to become a lawyer.

“Sweden is a great country and they’re friends of mine, the leadership, and we’re going to be calling, we’ll be talking to them, we’ve already started and many, many members of the African-American community have called me, friends of mine, and said, ‘Could you help?'” Trump told reporters at the White House on Friday. “I personally don’t know A$AP Rocky, but I can tell you he has tremendous support from the African-American community in this country and when I say African-American, I think I can really say from everybody in this country, because we’re all one. I have been called by so many people, asking me to help A$AP Rocky.” 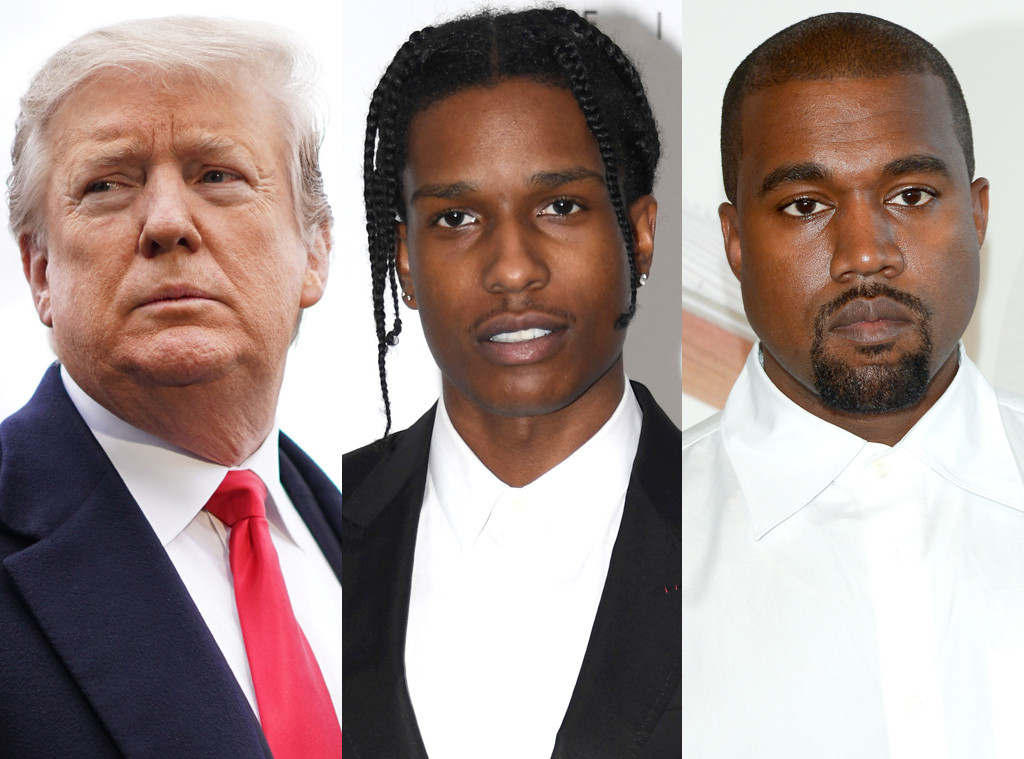 Since last week, more than 600,000 people, including prominent figures within the music industry, have signed a petition demanding the rapper’s release, while stars like Travis Scott, Shawn Mendes, Tyler the Creator and G-Eazyhave also expressed support for the #JusticeForRocky the social media movement after news broke that he would remain in custody for two more weeks while authorities investigated the assault claims.

Rocky’s manager said on Instagram last week that the hip-hop star was “being detained for operating in self-defense following an altercation that occurred on 6/30, when Rocky, his bodyguard and two performers were harassed and physically assaulted by a group of men in the area.” He said the rapper was being held in a “horrific” facility with “24/7 solitary confinement” and “unsanitary conditions.”

During his meeting with reporters at the White House, Trump noted that his wifeMelania Trump alerted him to Rocky’s incarceration.

“Actually the one who knew about ASAP Rocky was our First Lady. Right?” he said, gesturing toward her. “She was telling me about, ‘Could you help ASAP Rocky?’ Do you want to give a little statement on that?”

“Well, we’re working with the State Department and we hope to get him home soon,” the First Lady said.