Elvis went on Frank Sinatras show and slept with his fiancée

G. I. Blues: Trailer for 1960s musical with Elvis Presley

When Elvis and rock and roll knocked Sinatra and his generation from the charts, the crooner blasted the new music as “degenerate and phony, sung by cretinous goons.” However, by 1960 he could not ignore the way it had swept the nation (and the world), and had no choice but to invite The King to be his special guest on a show celebrating the star’s March 5 return to the US following his two-year military service in Germany. Elvis squeezed it in between his busy filming schedule for new movie GI Blues. The two men were all smiles on camera, playing up their rivalry, bantering and even performing medleys of each other’s songs – despite everything that was going on behind the scenes. WATCH ELVIS ON THE  FRANK SINATRA SHOW BELOW.

During the show, Sinatra even had a go at dancing with Elvis, even though, just two years earlier, he had said of rock ‘n roll: “It is the most brutal, ugly, degenerate, vicious form of expression it has been my displeasure to hear… It fosters almost totally negative and destructive reactions in young people. It smells phony and false.

“It is sung, played and written for the most part by cretinous goons and by means of its almost imbecilic reiterations and sly, lewd—in plain fact, dirty—lyrics, and as I said before, it manages to be the martial music of every sideburned delinquent on the face of the earth … this rancid-smelling aphrodisiac I deplore.”

Sinatra even made a gag on his show, saying Elvis may not have lost any time doing military service, but he had lost his sideburns. 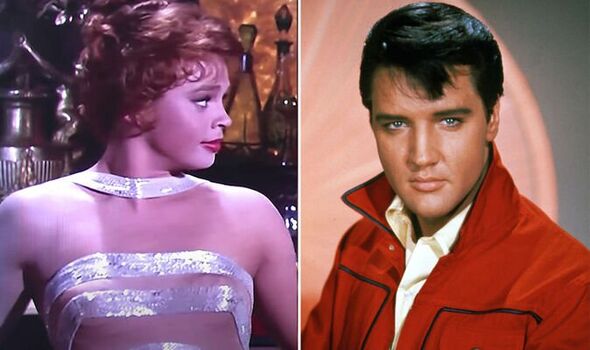 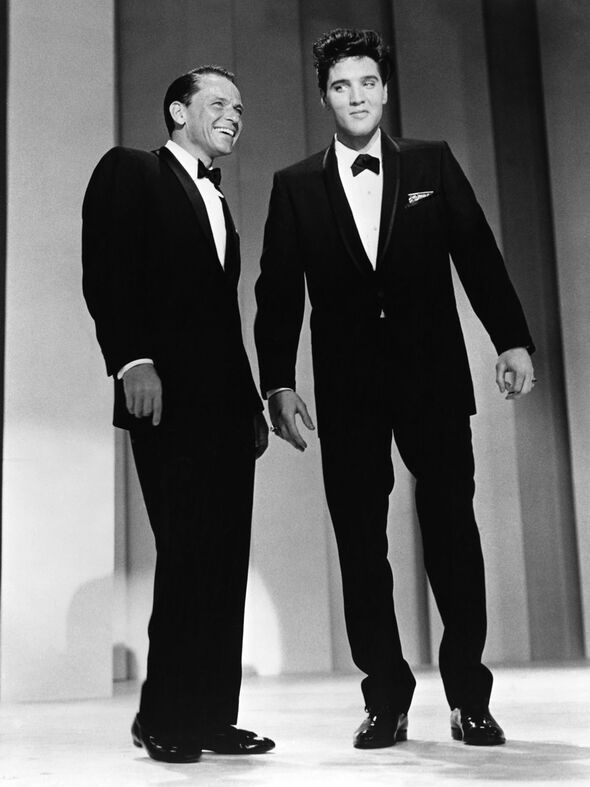 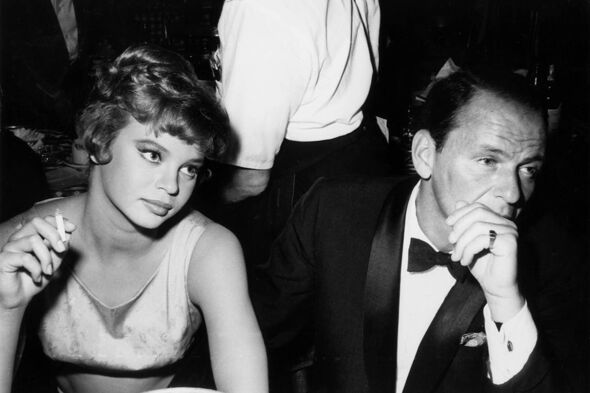 Behind the scenes, Elvis was having a passionate sexual affair with Juliet Prowse, even though he had just left future wife Priscilla Beaulieu behind in Germany and was still officially dating starlet Anita Wood.

Actress and dancer Prowse had been with Sinatra since they met the previous year on the set of the musical Can-Can. The crooner was so instantly smitten that he had her guest on his national TV show as a backing singer. He would even sing some numbers directly to her.

However, in April 1960, Prowse started filming GI Blues with Elvis, playing nightclub dancer Lili. As so often happened, The King soon started an affair with his beautiful co-star, who later spilled the beans to Sinatra and then the public. 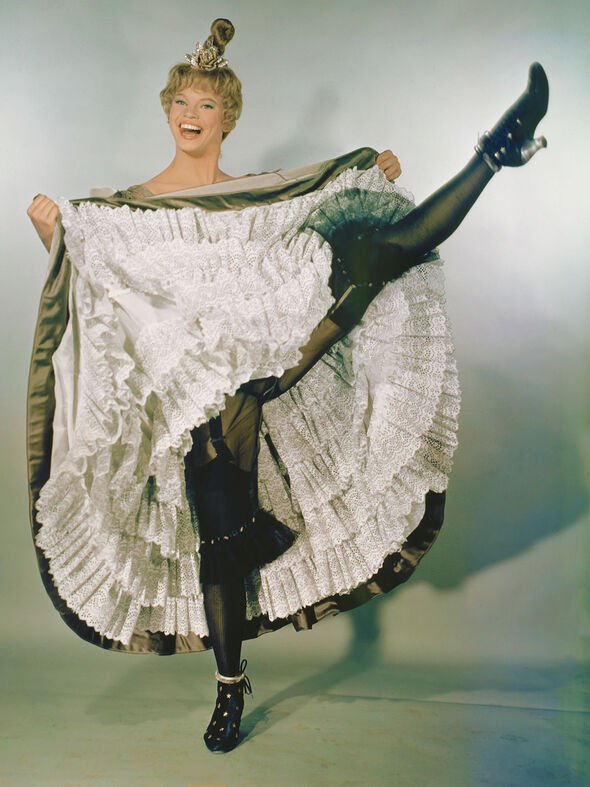 Prowse said: “Elvis and I had an affair… We had a sexual attraction like two healthy young people, but he was already a victim of his fans. We always met in his room and never went out.”

Extraordinarily, she also openly declared at the time that Sinatra knew about it.

Prowse, who was 24 at the time, added: “Frank and I are mature people. We don’t go for this teenage bit about going steady and all that jazz.”

In fact, their relationship only intensified after her fling with Elvis. She would also join Sinatra when he had engagements in Las Vegas and he proposed to her in 1962. 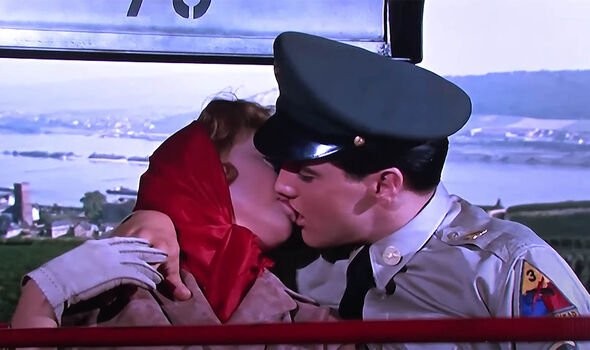 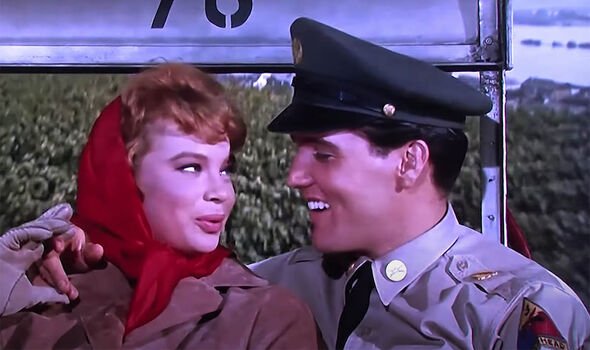 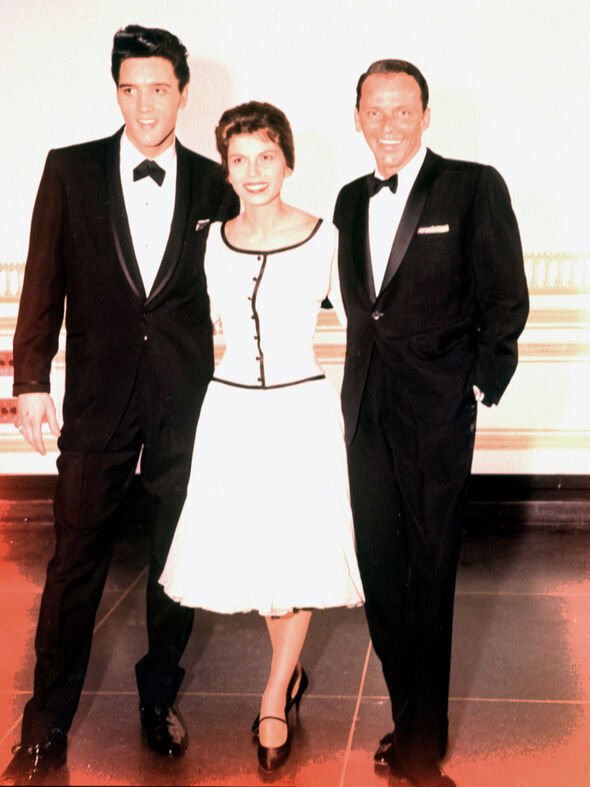 However, it soon burned out, with Prowse reportedly wanting to focus on her own career.

She later admitted: “I was as much flattered as I was in love. He was a complex person, and after a few drinks he could be very difficult.”

Unfortunately, bigger Hollywood roles eluded her and she left to pursue opportunities on the stage. Ironically, even though her voice was dubbed in GI Blues, she was a huge hit when she took the lead in a 1967 London production of the musical Sweet Charity. It also ran in Las Vegas where she would build a successful second career as a cabaret star.

Sinatra, meanwhile, became friends with Elvis, as their own careers started to overlap more and more in the late 1960s and early 1970s with both headlining lucrative residencies in Las Vegas. He even made a desperate call to The King begging him to change his life. 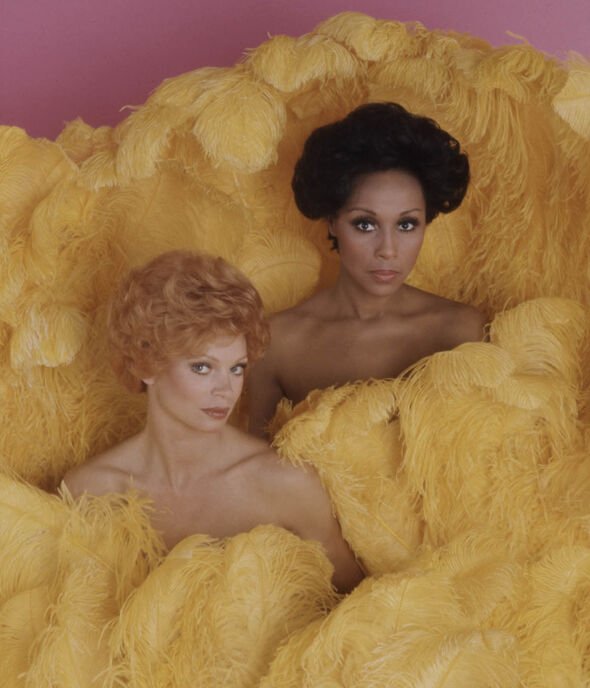 Both stars also became friends with Tom Jones, when they all headlined their own shows in the casino mecca. Years later, Jones’ publicity man, friend and journalist Chris Hitchens revealed a candid conversation where Sinatra confessed he had tried to save The King.

Hitchens said: “Tom Jones and I met up for a drink with him in New York and he told us that he had just been on the phone to Elvis.”

The King had been admitted to hospital in August 1975, with liver problems exacerbated by his heavy drug use. Friends and family were starting to worry about him, which prompted an extraordinary intervention from his fellow star. 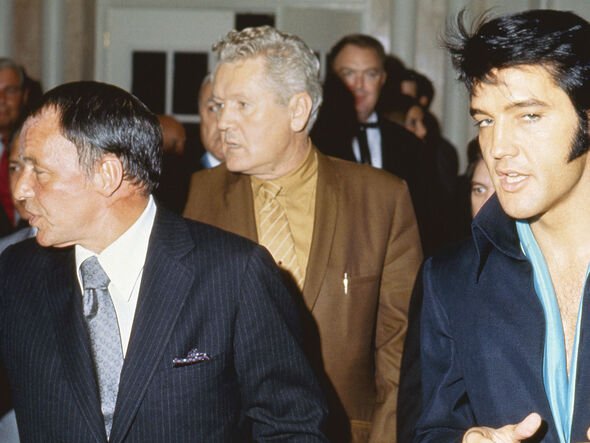 Hitchens described Sinatra telling them: “When I called the hospital in Memphis, the girl on the switchboard asked: Who’s calling?’ and when I replied: ‘Frank Sinatra”’I fully expected her to say: ‘Oh, yeah, and I’m the Queen of England’ or some such dumb line.

“But she must have recognised my voice because, a few seconds later, Elvis came on the line.

“I told him he’s got to look after himself and quit fooling around. He’s too young to die, and I told him so.”

Tragically, Elvis would die exactly two years later on August 16, 1977. His cause of death was attributed to heart failure, exacerbated by systemic and prolonged overuse of prescription drugs. He was, indeed, far too young at just 42.