Everything We Know About Janet Jacksons Revealing New Documentary

With a career spanning more than four decades, Janet Jackson has become one of the most famous entertainers of all time. While she may be the younger sibling of the late King of Pop, Michael Jackson, the Grammy award-winner earned her success by taking “Control” of her career and dominating the music scene with hit after hit.

Despite her high profile, Janet has maintained a fairly private life. With that being said, it was announced earlier this year that the “Doesn’t Really Matter” hitmaker would be participating in her own two-part documentary on Lifetime and A&E that will discuss her career, personal life, and particular headlines, according to Billboard. Titled, “JANET,” the doc will be a four-hour special that will be separated into two episodes. Reports mention “JANET” will showcase some of the hardest moments of her life, including the death of her father, Joe Jackson, and brother Michael. As for the infamous 2004 Super Bowl halftime performance with Justin Timberlake, Janet will also tell her side of the story and will let fans in on her life as a first-time mom to her son, Eissa Al Mana.

Since the documentary’s initial announcement, Janet has released an exciting trailer that has her loyal fans buzzing. Keep reading to find out what else has been revealed.

Janet Jackson's documentary has been five years in the making 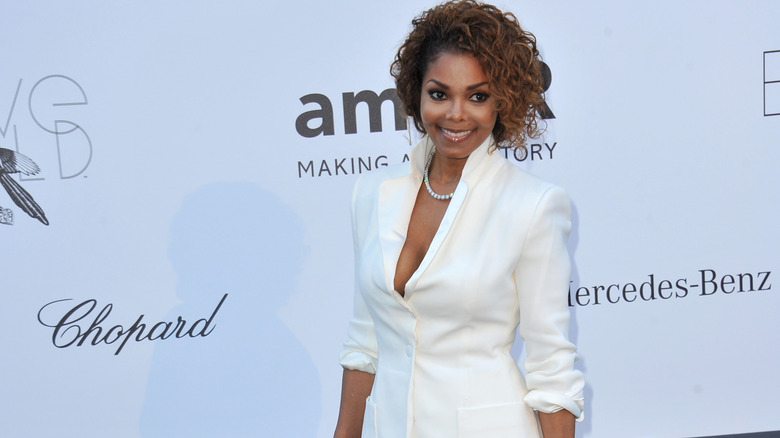 On September 6, Janet Jackson took to Instagram to share the first teaser for her upcoming documentary, “JANET.” “Hey u guys. Excited to share the first teaser of my new documentary with u,” she wrote. The clip revealed the doc has been five years in the making and included a number of famous faces honoring Jackson, such as Mariah Carey, Missy Elliott, and Paula Abdul. Elliott described Jackson as a “superstar,” while Carey stated she was an “empowered woman.” Abdul, who worked alongside the powerhouse entertainer early in her career, insisted she is a “force to be reckoned with.”

Throughout the teaser were rare archived clips from throughout Jackson’s career, some that appeared to be from before she was a household name. In one scene, she appeared in a room with her late brother Michael, while in another, she was on set with deceased rapper 2pac for the iconic movie “Poetic Justice.” Jackson can be seen sitting down and informing viewers that “this is my story, told by me. Not by someone else’s eyes,” while adding, “This is the truth. Take it or leave it. Love it or hate it. This is me.” The clip ended by revealing the two-part doc will be released in January 2022 on Lifetime and A&E. We can’t wait to watch this one!