The Spice Girls have been back on tour in recent weeks. Four of the British bandmates came together for shows in London and Dublin. The question on many fans’ lips is whether they will make a surprise appearance at Glastonbury Festival which kicks off tomorrow.

Spice-mania made a comeback as the girls, minus Victoria Beckham, graced stages in England and Ireland for their Spice World 2019 tour.

Glastonbury is the UK’s biggest greenfield festival and as well as big-name headliners, it usually has some surprise acts too.

More than 200,000 revellers are expected to descend on Worthy Farm, Somerset for five days of world-class music, from tomorrow. 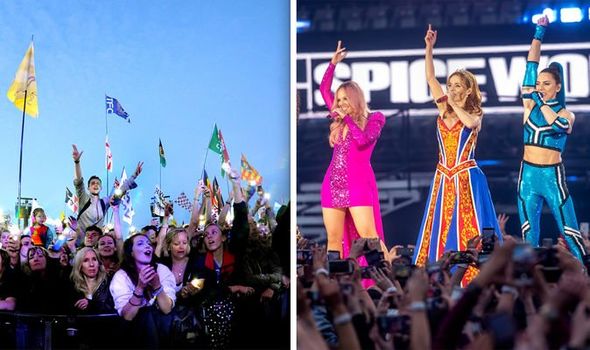 Stormy, The Killers and The Cure are among massive headliners confirmed this year, but could the Spice Girls perform too?

If the bookies are anything to go by then it seems the girl band just might.

Odds on the Spice Girls taking the stage at Glastonbury 2019 have been drastically slashed in the last day.

Bookies have halved the odds on the Spice Girls playing the event over the last 24 hours. 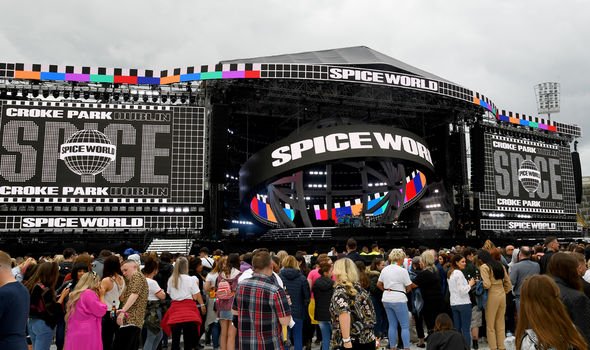 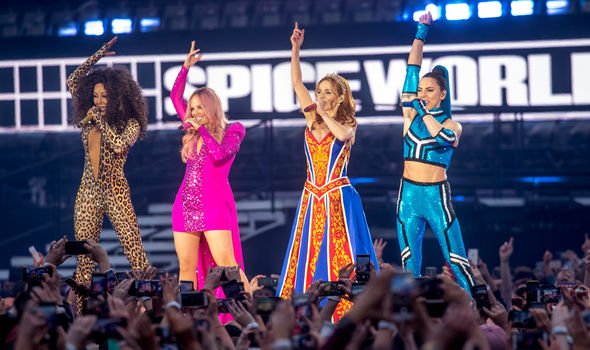 The group was were previously on 20/1 to perform but bookmakers Ladbrokes has now cut this down to 10/1.

Ladbrokes spokesman Alex Apati said: “There’ll be plenty of fans who really really want the Spice Girls at Worthy Farm and we reckon they might just get their wish this year.”

Fans should not scream for joy just yet though, as there’s one big reason it looks unlikely.

Melanie C is scheduled to be on the other side of the world this weekend.

So flying back for Glastonbury would be quite the statement. 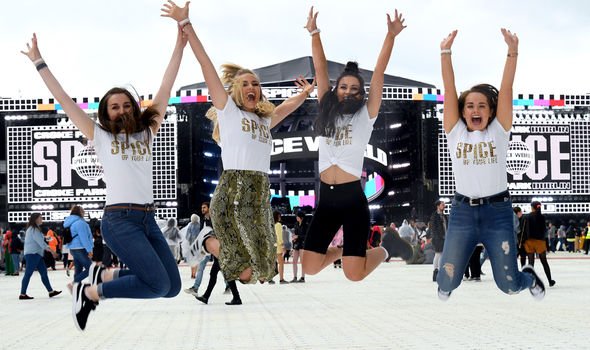 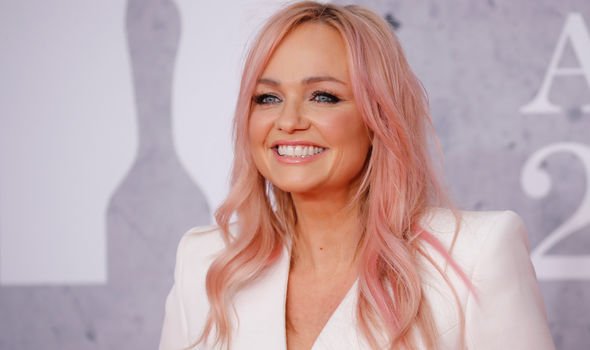 Fans have been holding out hope for a Glastonbury gig since December 2018.

The Sun reported the group was in talks with the festival in December last year.

Then in April Baby spice confirmed talks had taken place when speaking on the Zoe Ball Breakfast Show.

When a listener asked if the Spice Girls would be there, Emma Bunton said: “That would be so much fun, wouldn’t it?

“We have been asked, I think, yes.

“We are going to do this tour first, and see how that goes, and then see.”

Spice Girl, Mel B, has also previously said that Glastonbury has “been talked about”.

She appeared on the Table Manners with Jessie Ware podcast last year and talked about the possibility of playing Glastonbury.

Scary Spice said: “I think that’s [Glastonbury’s] been talked about.

“But that’s so pop and so cool and indie. That’s funny, that would be funny to me.

“That would be great. No, I think Mel C would really appreciate something like that, for us to do. She’s the cool indie chick.”

Glastonbury Festival has been running since 1970 and hosted some of the biggest names in music over the years.

Other acts rumoured to be doing surprise sets at Glastonbury include Lady Gaga and Bradley Cooper and Foals.