Britney Spears’ tumultuous relationship with her younger sister Jamie Lynn Spears has been exposed during the pop queen’s public battle to terminate her 13-year conservatorship. The “Womanizer” singer posted a series of Instagram messages back in July seemingly directed at her family. “There’s nothing worse than when the people closest to you who never showed up for you post things in regard to your situation whatever it may be and speak righteously for support … there’s nothing worse than that,” she wrote via the Los Angeles Times.

Fans suspected these messages were directed at Jamie Lynn, who posted a series of Instagram Stories a few weeks earlier when Britney supporters criticized her for her lack of support. “Maybe I didn’t support her the way the public would like me to with a hashtag on a public platform, but I can assure you that I’ve supported my sister — long before there was a hashtag — and I’ll support her long after,” the former “Zoey 101” star expressed.

The 39-year-old mom-of-two shared a follow-up post on Instagram that called out Jamie Lynn even more explicitly for a medley she sang at the 2017 Radio Disney Music Awards. Britney wrote, “I don’t like that my sister showed up at an awards show and performed MY SONGS to remixes !!!!! My so-called support system hurt me deeply !!!!” Now, the pop star’s little sister is turning heads with her own Instagram post. Read on to learn more about it.

Jamie Lynn Spears was heard crying in an Instagram Story 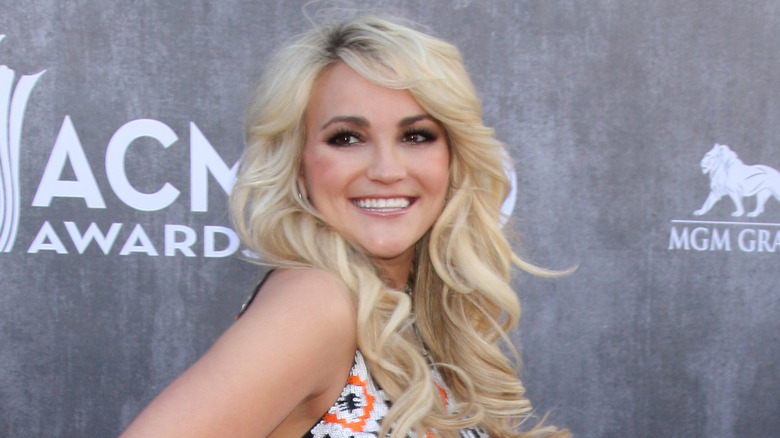 It’s no secret that Britney Spears is at odds with her family. Not only has she expressed her disappointment in them on social media, she also explicitly stated in court that she wants to sue her family, per Variety. Jamie Lynn Spears already took to Instagram to defend herself against critics of the situation, much to Britney’s dismay, and it appears she is doing so again.

The “Sweet Magnolias” actor reportedly posted audio of herself crying to her Instagram Story amid all the drama surrounding her sister’s conservatorship battle. In the post, her 3-year-old daughter Ivey can be heard saying, “It’ll be okay, Mom. It has to be okay, Mom.” Jamie Lynn then replied, “Thank you, baby,” per Page Six. She initially posted the audio with a black square, and then again with a GIF urging her followers to put their sound on and with written text with Ivey’s words of solace.

It’s unclear if her tears are related to her sister’s situation at all, but many speculate that is the case. This comes just a few weeks after the Nickelodeon star posted a bikini selfie that accidentally revealed her husband Jamie Watson looking at his sister-in-law’s Instagram Story (via Yahoo). Clearly, it seems like the two famous sisters have some stuff work out between them.