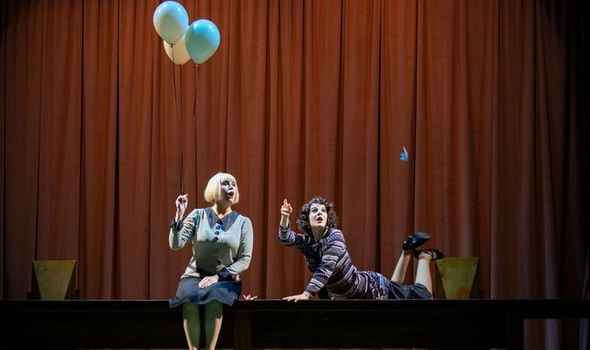 After a decade of operas performed in tents on the spacious grounds of Nevill Holt Hall, a permanent opera house has now been built in the old stables of the building which date back to the 17th century.

The Hall itself was built as home to the Nevill family in the 13th century and many additions and alterations tell the story of over 700 years of history while the lawns and gardens offer a splendid location for picnics during the extra-long intervals of the operas.

The beautiful new opera house itself has just won a RIBA award as the East Midlands Building of the Year 2019.

The announcement of that award came on the opening day of their production of Cosi Fan Tutte directed by Adele Thomas.

Of all Mozart’s late operas, Cosi has had the most chequered history having been shunned by the Victorians for a plot seen as too immoral.

It only came back into favour in the second half of the 20th century since when it has been seen as genuinely comic and full of glorious music.

The story is based on a bet concerning the fidelity of women.

Two young men, Ferrando and Guglielmo are regaling their old friend Don Alfonso with praise for their fiancées Dorabella and Fiordiligi whom they consider to be absolutely faithful and reliable.

The urbane Don Alfonso refuses to believe them and proposes a wager: the men must do exactly as he tells them and he will prove that the women are unreliable and unfaithful, for in his opinion, all women are like that: “Cosi fan tutte” as the Italians put it.

That sets off a glorious romp in which the two men pretend they have been called up for army service then, under Don Alfonso’s instructions, they reappear in disguise as a pair of Albanians, who set about seducing each other’s fiancées. 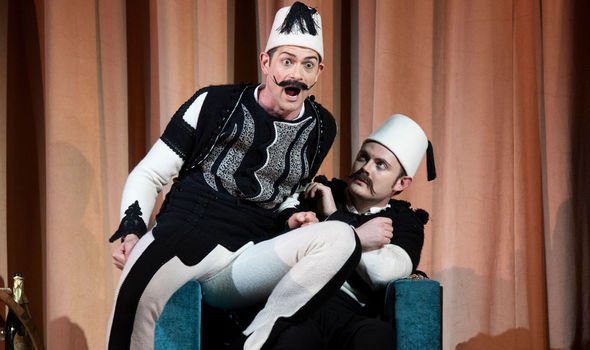 The cast gives an opportunity for some of today’s most promising young opera singers to display their talents.

The production made some excellent use of balloons, but rather less convincing was the way the chorus had a tendency to swarm onto the stage as rather drunken, over-exuberant party-goers and flappers.

This seemed not only to come from a later century than the rest of the action, but also sometimes added jollity and frivolity at emotionally inappropriate moments.

For an afternoon and evening in glorious, civilised surroundings with sublime musical entertainment, however, it is hard to beat Nevill Holt.

To keep in touch with future plans at Nevill Holt, see www.nevillholtopera.co.uk.