RM Had BTS' Lyrics Looked Over by a Women's Studies Professor

On Sept. 20, Jin, Suga, J-Hope, RM, Jimin, V, and Jungkook of BTS attended the 76th session of the United Nations General Assembly. The Korean septet performed at the UN General Assembly and gave a speech addressed to the younger generation.

Following BTS’ appearance at the UN General Assembly, BTS sat down for an interview on Nightline with South Korean President Moon Jae-in. During the interview, RM of BTS revealed he had lyrics looked over by a women’s studies professor.

RM had BTS’ lyrics ‘reviewed’ by a women’s studies professor

During the interview on Nightline, the members of BTS were asked what they wanted to tell fans about their efforts toward achieving gender equality.

“Personally, I received a lot of criticism regarding misogyny in 2015 and 2016, which led me to get my lyrics reviewed by a women’s studies professor,” RM said on Nightline.

RM went on to share that in doing so, he was able to “self-reflect” and become more aware of issues related to gender equality.

“That experience, in turn, was an opportunity for me to self-reflect and question whether I’d been insensitive to gender equality,” said RM.

The BTS rapper continued, “I want to do the best I can to take interest in the topic, learn and make improvements. That’s my perspective now.” 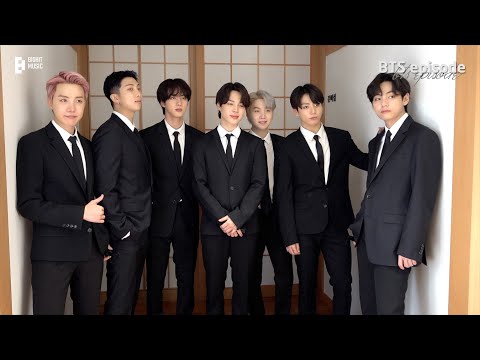 BTS found the pandemic to be ‘depressing’

During BTS’ speech at the UN General Assembly, the band members discussed the fear and mourning the younger generation feels surrounding the climate crisis and the coronavirus.

Part of BTS’ Nightline interview aired on ABC News. In the interview, Suga was asked what he and the rest of BTS learned throughout the pandemic, especially in regards to mental health.

“When a person walks through a tunnel, he or she would think that there should be a slightest light at the end of the tunnel to lead the way out,” Suga began. “In fact, when COVID started, there was quite a depressing feeling among us as well, as we watched our schedules and tours being canceled right in front of our eyes.”

He continued, “I think we needed to cheer up together and work together to change in order to escape from such a situation. Not just us, but if everyone around the world try to rise over the hardship we will be free of isolation and depression a bit faster.”

Currently, Jin, Suga, J-Hope, RM, Jimin, V, and Jungkook of BTS are taking a brief break. In Big Hit Music’s statement about BTS’ “extended” vacation, the label announced that BTS will resume activities and release a new album in 2022.

“BTS will be focusing on preparing for the concert and release of the new album that will mark the beginning of a ‘new chapter,’” Big Hit Music wrote. “They are preparing for a concert this coming March to connect and communicate with the fans in-person in Seoul.”