Robbie Williams thanks Gemma Collins for making him 'smile'

Take That were on top of the world for five years, securing 28 top 40 singles and 17 top 5 singles, along with amassing millions of adoring fans. But Robbie Williams announced his exit from the band in 1995, breaking the hearts of many. The anniversary of the band’s split and Robbie’s birthday has come around once again – but what sparked Robbie’s exit?

Why did Robbie Williams leave Take That?

While Take That officially broke up in 1996, Robbie’s departure came a little while beforehand.

Robbie, who was the youngest in the band, was regularly the subject of much press speculation during the band’s years together.

His struggles with drink and drug addiction were well documented at the time, and he has spoken about them since. 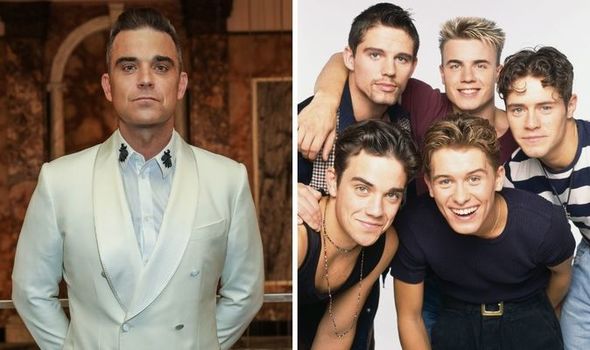 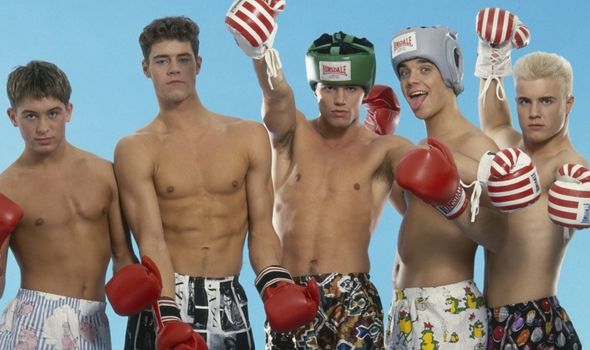 In his autobiography, Feel, Robbie spoke of how Sir Elton John checked him into a clinic to help him with his problems while he was still in the band, and he also revealed he was using antidepressants to cope with global fame.

The period surrounding Robbie’s departure was a difficult one for the whole band.

Eventually, after only being together for five years, Robbie was asked to leave the band in 1995 by the other four members, with it being reported his behaviour was one of the key reasons.

According to the Daily Mirror, Take That were in the middle of their Nobody Else world tour, but Robbie’s drinking too much and struggling in rehearsals meant he decided he did not want to tour again.

At this point, his bandmate Jason Orange spoke to him in the rehearsal room before they were expected to hit the stage in Manchester, telling him the band thought it was best he left, if he did in fact want to do so. 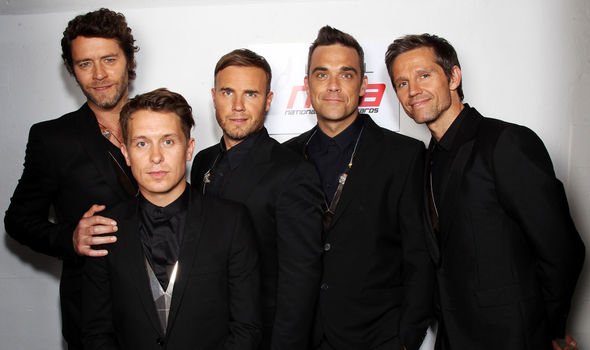 Nigel Martin Smith, the band’s manager at the time, told the publication: “He didn’t speak to me, he just said something like: ‘That’s it then, I’ll go’ and left.

“I told the rest of the band to say nothing to anyone while I tried to get hold of Rob to see if he really wanted to do this.

“Then he issued a press release saying he’d left the band – so there was no going back.”

Robbie has also explained how he left the band, saying: “The last few months I was a wreck. The night before we all went out. I drank myself stupid. 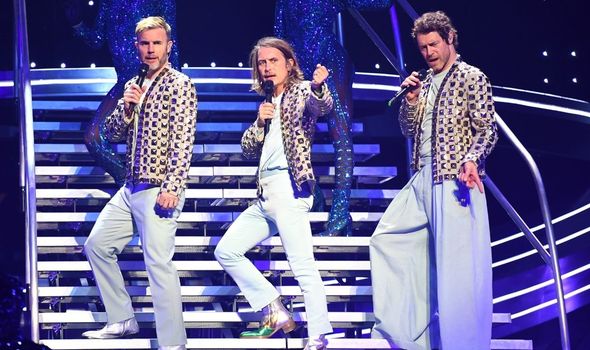 “That morning, we rehearsed as normal, but I was drinking an awful lot. So when they spoke to me about my attitude I thought they were saying ‘you should leave’.

“I walked out, left it a couple of seconds and then I jumped in through the door and everybody laughed. And then I walked away. They never thought that would be the last time.

“Then I started to cry. I went away an angry young man and I blamed Gary. But the truth is that Take That had two guys who wanted to be the front man.”

This latter point, of two men wanting to be the frontman of the group, has long been associated with a feud which was believed to have existed between Robbie and Gary, and years later, the singers repaired their relationship ahead of Take That reforming.

Gary chronicled the moment he and Robbie had “The Chat” in his autobiography, A Better Me.

He said: “Rob felt that for the last year of Take That, he was crying out to every one of us.

“In the end he left, and we handled that badly. We let him leave the fold and no one looked after him.

“Robbie was barely 21. What happened between me and Rob always bothered me.”

They also sang about this feud in their duet Shame, released in 2010, the same year Robbie rejoined Take That, five years after the four-piece had reformed.

His return with the group was only temporary, but the members have since talked about coming back together again, though it would likely be as a foursome again following the departure of Jason Orange in 2014.