The Monkees: Mike Nesmith Wrote Only 1 Top 40 Hit for the Band

The death Mike Nesmith of The Monkees has drawn renewed attention to the great songs he wrote. Although he gave the world many great tunes, only one of the songs he wrote for the Prefab Four hit the top 40. During an interview, Nesmith revealed why he wrote the song.

During an interview with Rolling Stone, Nesmith discussed how The Monkees became a band. “People think it was amazing that four guys hired for a TV show could actually form a band, but I don’t see it that way,” he said. “It’s not that amazing when you think of the tenor of the times. You put any four guys in a room in the 1960s and you had a band, all the way from the Grateful Dead to Buffalo Springfield.”

Nesmith revealed why The Monkees’ initial status as chart juggernauts only lasted a few years. “One of the reasons we couldn’t sustain it is because we were caught up in a giant maelstrom of corporate business before we even started,” he said. “This was a huge undertaking in terms of the amount of money, time and people involved, not least of which was the songwriters.”

Why Mike Nesmith wrote ‘The Girl I Knew Somewhere’

For context, Nesmith did write other Monkees songs such as “Mary, Mary,” “Listen to the Band,” and “Circle Sky.” Nesmith, Peter Tork, and Micky Dolenz put some of the songs Nesmith write, such as “You Told Me” and “Listen to the Band, on a list of the 15 Monkees songs that defined their lives. Despite its relative popularity, they did not place “The Girl I Knew Somewhere” on the list. 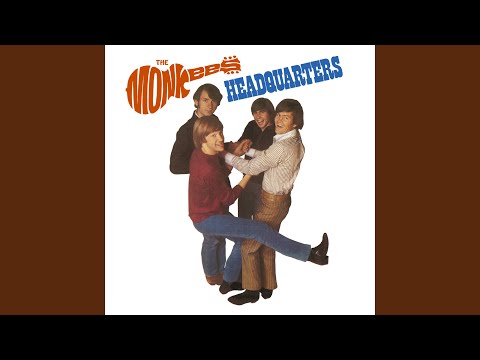 “The Girl I Knew Somewhere” was a modest hit. The track peaked at No. 39 on the Billboard Hot 100, staying on the chart for five weeks. The song was initially released as a standalone single; however, it eventually appeared on a re-issue of The Monkees’ album Headquarters. Headquarters was quite popular in the 1960s. It spent 68 weeks on the Billboard 200, lasting one week at the top of the chart.