After delaying “Donda” several times, Kanye West finally delivered the project on August 29. Just hours after its release, “Donda” reached No. 1 on Apple Music and, according to Chart Data’s predictions, it will be a record-breaking project. “Kanye West could break the record for the most #1 albums on the Billboard 200 among artists debuting on the chart this century with #DONDA,” the company tweeted.

Despite its success, the rollout for “Donda” was filled with controversy. During a listening party on August 27, West previewed an alternative version of “Jail” (which originally featured Jay-Z), which included Marilyn Manson and DaBaby as guest stars. Unsurprisingly, Twitter didn’t appreciate West’s controversial collaborations. “In some sort of sh***y commentary on ‘cancel culture,’ Kanye West made the conscious decision of appearing alongside Marilyn Manson (an alleged sexual predator) and DaBaby (a homophobe) at his Donda listening party,” publication Consequence wrote.

If that wasn’t enough, West claimed that Universal released “Donda” without his permission and accused the label of failing to clear “Jail Pt. 2.” Apart from Manson and DaBaby, “Donda” counts collaborations from 21 Savage, Lil Baby, Ariana Grande, Playboi Carti, Fivio Foreign, and more. One song in particular, titled “Moon,” has fans pretty stoked, as it features West’s longtime collaborator and friend Kid Cudi, along with Don Toliver. Scroll on to find out more about the song. 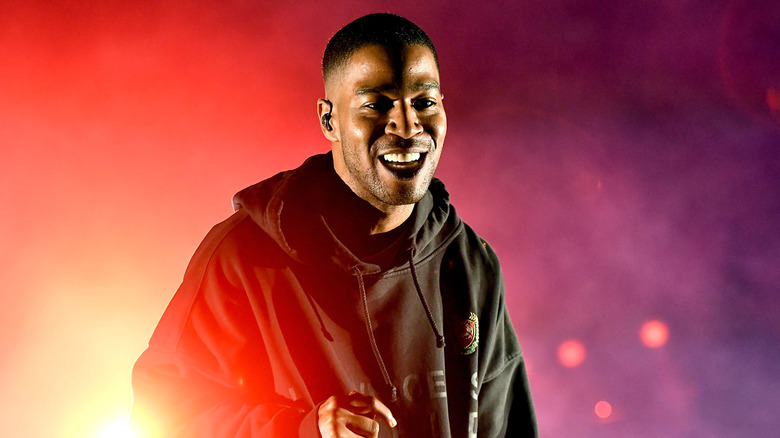 Although it’s part of Kanye West’s album, “Moon” only features a verse from Kid Cudi (with West singing just a few lines) and a hook sung by Don Toliver. The song serves as an interlude for the following track, “Heaven and Hell.” In his verse, Cudi raps about reaching the pearly gates. “Oh, my God, such a sweet moment,” he spits (via Genius). “Angels, they say I’m not ever weak, such a lonely moment / Heaven knows I might never sleep, trouble in my soul.”

In the hook, Don Toliver sings about traveling to the moon. “How could I get through? (How could I get through?) / I wanna go to the moon, don’t leave so soon (Don’t leave so soon).” This is the first time that West and Toliver have collaborated together. Cudi, meanwhile, has a long history of working with ‘Ye, and the two even dropped a joint album in 2020, “Kids See Ghosts.”

As expected, fans were excited to hear another Kanye West x Kid Cudi track. “Kid Cudi and Kanye never disappoint when they link up,” one fan wrote. “An accurate representation of what it’s like to listen to Moon by Kanye West, Kid Cudi & Don Toliver on,” another tweeted, sharing a clip of Jerry ascending to heaving. Despite their friendship, Cudi recently revealed that he didn’t hear the final version of “Moon” until the song premiered at one of West’s many listening parties. 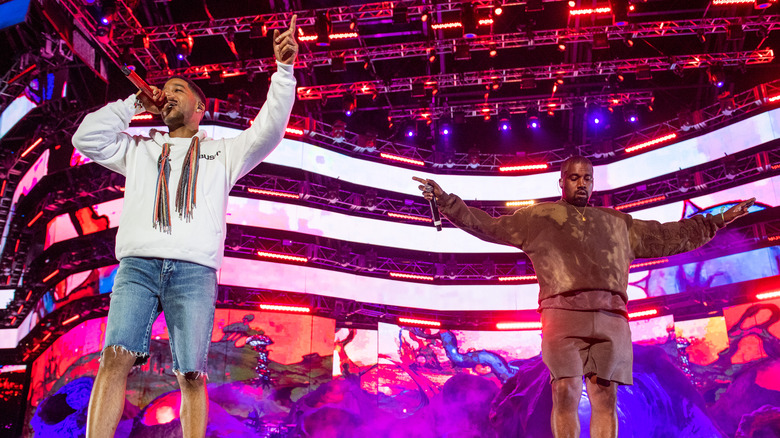 Though Kid Cudi and Kanye West have a years-long friendship, the Chicago rapper failed to share the final version of “Moon” before letting the world hear it. The track first premiered at a “Donda” listening party in Atlanta and, according to Cudi, that was his first time listening to the finished product.

“Havent heard the final this is new to me too!!,” Cudi wrote in a now-deleted tweet on August 6, as fans shared clip from the listening party (via Uproxx). Later, when fans speculated that he didn’t even know he was featured on “Donda,” Cudi clarified that he meant he never heard the final mixes. “He didn’t even know he was on the album,” one fan wrote under Cudi’s tweet. “I knew! Just didnt hear final mixes,” the rapper replied.

At the last “Donda” listening party in Chicago on August 27, however, West premiered a different version of the album … which went without hyped features such as Cudi and Jay-Z (and added controversial ones such as DaBaby and Marilyn Manson). “kanye took Kid Cudi off both songs,” one fan complained on Twitter. “So Kanye really removed kid cudi and jay z from #donda and added dababy?,” another frustrated fan asked. Despite all the understandable confusion, West’s final version of “Donda” included Cudi’s feature on “Moon.” We’re glad he changed his mind!

Sorry Nicki, No One in Trinidad Suffered 'Swollen Testicles' From the Vaccine