Throughout the 2000s, Janet Jackson was romantically linked to record producer and rapper Jermaine Dupri. Jackson, who is known for keeping her personal life low-key, had previously been married to DeBarge singer James DeBarge in the 1980s and video director René Elizondo in the 1990s.

During an appearance on T.I.’s podcast, “expediTIously,” Dupri informed listeners that he and Jackson first met backstage at one of her concerts in 2001 with Kriss Kross. At the time, Dupri wasn’t as famous as he is now and was known for producing hits for the likes of the girl group Xscape. Jackson had no clue who Dupri was but still wanted to meet him after her bodyguard nearly stopped the duo from being introduced to each other. “We go to her show and I’m part of their entourage… Kris Kross goes in to meet Janet Jackson, and the bodyguard hit me with the hand… So they’re like, ‘That’s our man!’ They’re telling her, and when they tell her, she had to vouch for me, ‘Let him in, he cool’,” he explained. “She started talking to me ‘You must be the special one… They ain’t wanna leave you outside. Why they didn’t want to leave you outside?’… It seemed like an energy, right? At that point I was just like, I’m gonna see you again…’ This is Kris’ time… That’s my role.”

The pair grew close to one another and hit things off officially soon after. 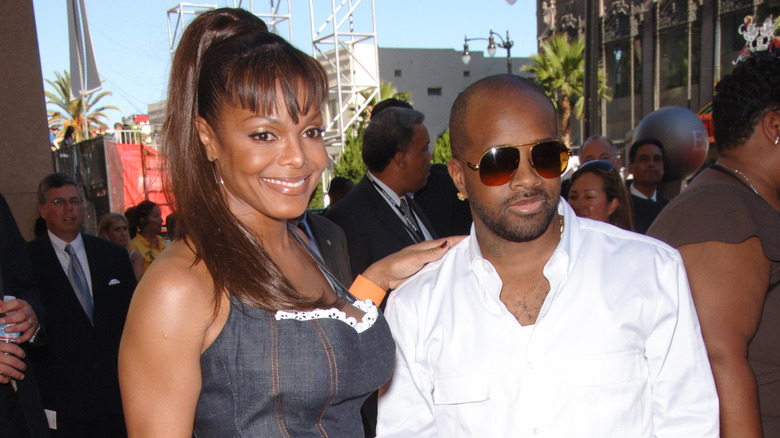 Aside from being in a relationship with one another, Janet Jackson and Jermaine Dupri also worked together on music during their time as a couple. In 2006, Jackson released her ninth studio album, “20 Y.O.,” and allowed Dupri to produce a number of the songs. The LP earned Jackson a Grammy nomination for Best Contemporary R&B Album in 2007. The pair made various red carpet appearances together and Jackson appeared in the music video for Dupri’s song “Gotta Getcha.”

While appearing on “expediTIously,” Dupri opened up about introducing Jackson to many things she hadn’t experienced before in her life. “I took her to Magic City… I exposed her to a lot of life that I didn’t even know I could expose a person to. You think when a person is that famous, that rich, they know everything. They’ve seen everything. But it was a lot of world that we was living in, cultural wise, that they hadn’t gotten in L.A,” he said. “That’s where we basically started hitting it off. We were showing each other multiple things. … It was two cool people exchanging energy.”

Jackson and Dupri spent many years in a happy relationship but never got engaged or tied the knot. Keep reading to find out why. 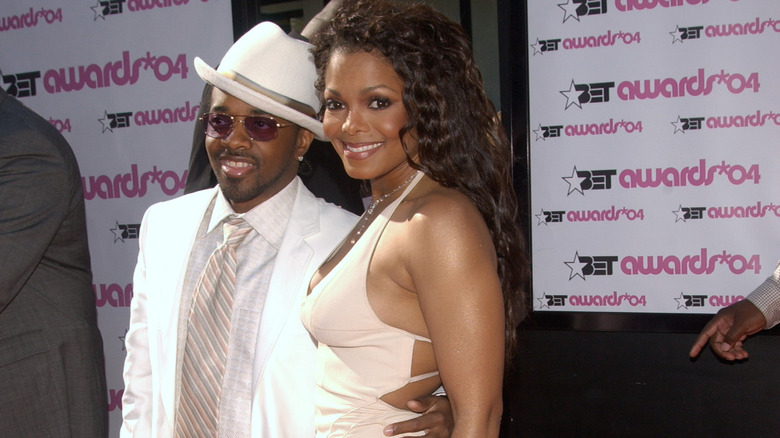 After forming a public relationship in the early 2000s, Janet Jackson and Jermaine Dupri called it quits by 2008. In 2020, Dupri told T.I. on his “expediTIously” podcast the real reason why they never walked down the aisle. “I started seeing so many other things that I wanted to do, and so many other places that I felt like I wanted to go. I started thinking marriage for me wasn’t gonna work,” he expressed. “Just something about it… When you feel like you’re ready to get married, you don’t have no answers, you just know what it is.”

Dupri said he already felt married to the powerhouse performer. With that being said, throughout their seven-year relationship, the duo never lived together, which was another factor as to why they broke up. “I feel like that’s a part where you really determine if you’re strong,” he stated. “She wasn’t willing to move to Atlanta. She was willing to come out here for a couple of weeks. But living in Atlanta, for her, just didn’t really seem like L.A. And me, I wasn’t ready to move to Malibu … I like it, I f**k with it. But it ain’t… It’s just something about being here … That stuff didn’t feel like the space where either one of us wanted to be.”

Rumors made headlines that Jackson and Dupri were planning a wedding at the time. However, in an interview for “The Tyra Banks Show” in 2008, Jackson explained they weren’t true.