It seems like Erika Jayne has been all over the news lately, particularly after she announced she was leaving her husband of 21 years, Tom Girardi, in November 2020. “After much consideration, I have decided to end my marriage to Tom Girardi,” the “Real Housewives of Beverly Hills” star told E! News. “This is not a step taken lightly or easily. I have great love and respect for Tom and for our years and the lives we built together.”

But these days, Erika has been making headlines for different reasons — an alleged romance with music mogul Scooter Braun, who is married to Yael Cohen. The rumors all started in November 2020, when former “RHOBH” “friend of” Dana Wilkey posted a screenshot of her conversation with an anonymous source alleging the two have been together for a while. In the screenshot, the insider claims Braun’s wife “puts up” with the affair. “I don’t know many specifics but a friend of mine works in the industry and despises him. She told me he and Erika met in a L.A. sex club and have been together ever since,” they wrote. The gossip was further fueled two days later on the “#NoFilter With Zack” podcast, which discussed the rumor that claimed Erika was “hooking up” with the famous manager after meeting at a “sex club.”

This has all just been speculation, as there is no evidence. But Erika has finally addressed the rumors. Find out what’s really going on between the two. 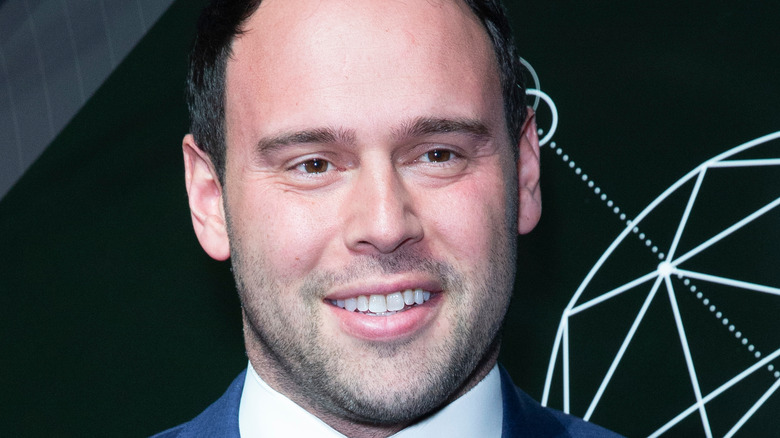 Erika Jayne opened up about the true nature of her connection to music mogul Scooter Braun while talking to her “Real Housewives of Beverly Hills” co-stars Lisa Rinna and Garcelle Beauvais on the show’s episode June 30. “Okay, Scooter Braun. What’s happening with him? Were you in a sex shop?” Garcelle asked (per Page Six). The reality star denied the alleged affair, as well as any rumors surrounding her relationship with her old “Dancing with the Stars” partner Gleb Savchenko.

“I haven’t seen either one of them in four and a half, five years,” she explained. “It’s silly as f**k.”

She didn’t elaborate any further, nor has she addressed the rumors outside the show. However, sources close to the music exec confirmed to Page Six that the gossip is false and that the pair met years ago a political event. They apparently haven’t seen each other since, and “everyone is happy” that Erika cleared up the rumors.