A Place In The Sun: Laura Hamilton snaps at buyers ‘What were you expecting?’

Laura Hamilton was tasked with finding a semi-retirement property for Sonia and Andrew in Almeria, Spain but the A Place In The Sun presenter had a tough search on her hands.

Sonia and Andrew were looking for a three bedroom villa with a maximum budget of £160,000 on today’s show and the pair had made sure to do their research before picking their chosen destination.

However once the search kicked off, it became apparent they expected a lot more for their money and Laura would have to really work her magic to find their ideal home.

As they looked round the second property Laura noticed the couple weren’t taken with the house and wanted to find out what the reason why.

Taking a look at the kitchen, Sonia remarked: “It’s a bit on the small size,” to which Laura hit back: “Really? What were you expecting?”

“I do have to give you a reality check,” she added before explaining that the size of property she had showed them was what they could afford in their chosen area.

“They’re all going to be this size within your price bracket,” she continued.

Despite their extensive research Sonia and Andrew hadn’t visited the area before and so there were a few extra factors they realised they needed to take into consideration during the search.

After a successful visit to the third property, Laura noted there was a “dip” in the mood when they arrived at the fourth house. 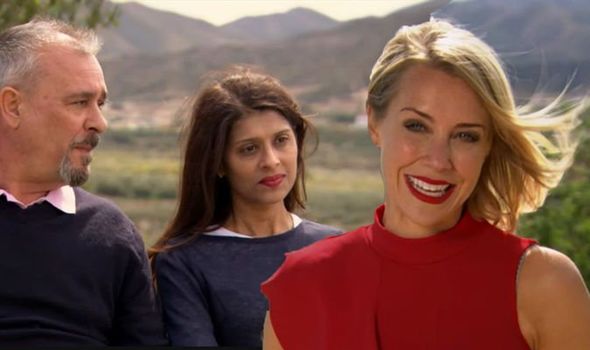 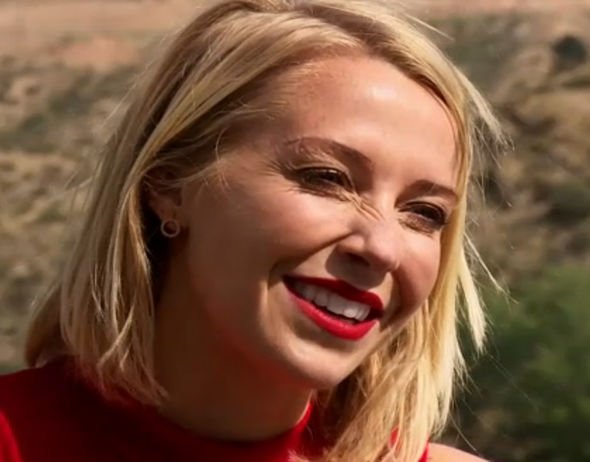 “Views are lovely but I don’t know about this area,” remarked Sonia before clarifying she believed Almeria wouldn’t work for the pair.

Shocked, Laura said: “Woah!” to which Sonia explained: “I suffer quite dry eyes and I’m finding my eyes are getting dryer and dryer.”

Before the search the couple revealed they both suffered from health problems and were looking for a property that would help Andrew with his arthritis.

However after spending time in Almeria they realised the area wouldn’t work for them as it impact on Sonia’s health was to great.

Despite the revelation Laura decided to show them the final property so they could have a clear idea of what they were wanted going forward. 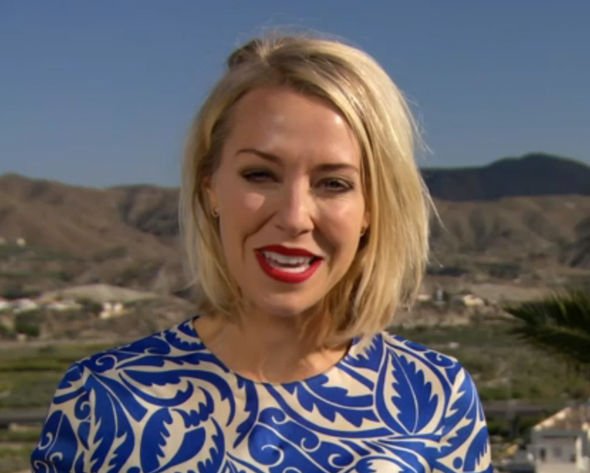 “We know the location isn’t working for you so I want to focus on the property,” she explained. “This is all about the property and if this style of property could work for you.”

The pair fell in love with the house and told Laura it included everything they were looking for.

Andrew remarked: “If this wasn’t in Almeria we would have put an offer in.”

Sonia continued: “We wanted you to find our dream house…”

Cutting in, Laura dded: “And I did!” before advising the couple on the other areas of Spain they could continue their search with their budget.