While both Alison Hammond and Dermot O’Leary were initially sceptical about their guest, Mystic Veg’s ability, she left them stunned when she predicted royal heartbreak in 2021. The This Morning hosts asked if she could make any predictions about the Royal Family and were taken aback by Mystic Veg’s response after she threw asparagus onto a flat surface to reveal the future.

After Mystic Veg had made a prediction about the 2021 Olympics, Alison asked: “What about the Royal Family? Is there anything going to happen with the royals this year?”

“Well, in June the Queen is going to make an announcement to coincide with her official birthday,” Mystic Veg explained.

“You’ve also got to remember that William. the Duke of Cambridge, his birthday is also in June so I think that is quite significant.

“There’s going to be a couple of royal divorces.” 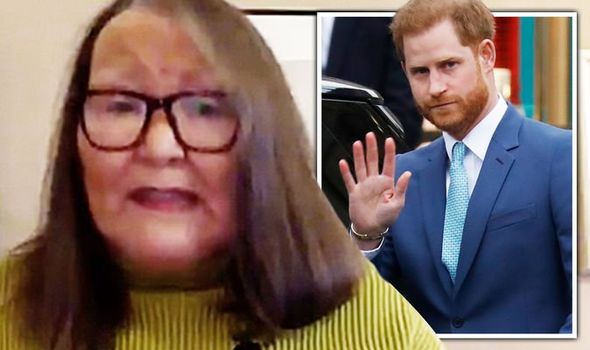 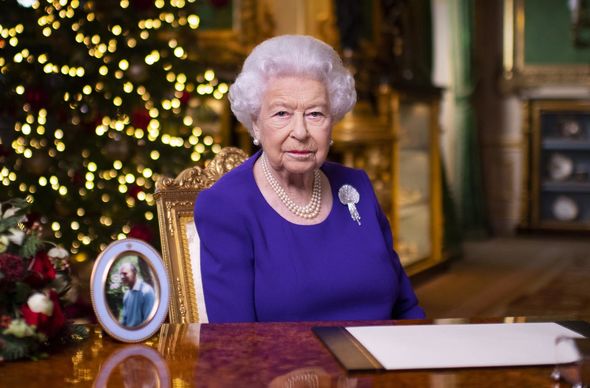 Dermot gasped: “Oh that’s a bit of a bombshell,” as Alison echoed his comments: “Big news!”

“And Harry is going to come over for his big showdown with the Royal Family in March and he’s going to be told, ‘No change!’” Mystic Veg continued.

It wasn’t just the relationships in the Royal Family that Mystic Veg had predictions for as she predicted a “four-legged boyfriend” was on the horizon for Alison.

After Alison threw asparagus out onto a large metal plate, Mystic Veg stated: “Love it! Lots of to-ing and fro-ings. 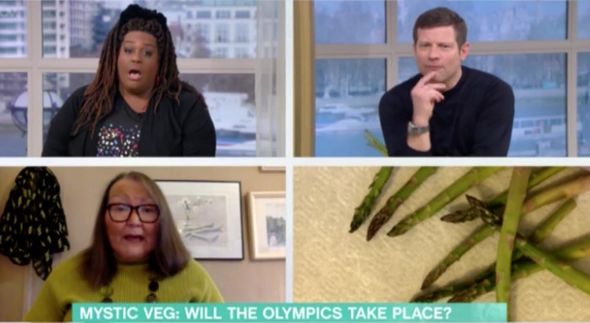 “I can see a very happy H there and Alison that’s potentially your new boyfriend’s initials.

“From my point of view, there’s an H in the centre and there’s going to be lots of comings and goings which means you’re going to be very busy each.

“If you are left busy, you are kept out of mischief and it will be a prosperous year.”

The unusual segment and Royal Family predictions didn’t go down too well with viewers who claimed they were “turning over”.

Taking to Twitter to comment, one fan posted: “Not watching but the only thing I’d predict is that these two shouldn’t last more than this week.”

Another added: “Tragic presenting; a program which is also no longer watchable, because of its promotion of far right ‘broadcasters’ as news reviewers.”

“Everyone is turning over big mistake @ITV,” a third shared. “@EamonnHolmes & @RuthieeL was the only reason I watched!”

Someone else added: “How bloody ridiculous to waste air time on pathetic cr*p like this ! This programme is falling to new depths.”

Later in the show, Alison was left mortified when she asked guest Graham Norton about his dog.

“I miss you, I love you, the last time I saw you, you were out with your dog,” Alison remarked.

“I’ve just been told I’m going to get a four-legged friend. Have you still got your dog?”

This Morning airs weekdays on ITV at 10am.