Posted online today and already with over 2.5 million views, what appears to be a run-of-the-mill glossy ad about Chevron’s corporate stewardship of the earth and contribution to American families — shades of the El Segundo Blue — takes a very dissonant turn.

“We at Chevron believe there is nothing more precious than life,” the voiceover begins accompanied by sunny footage of a baby and other natural wonders before continuing, “And the most precious life of all is the dead kind.” The ad goes on to point out that oil is actually the product of organic matter (once alive) placed under extreme pressure for millions of years.

“Oil that we can refine and sell as gasoline,” it continues to photos of a laughing beautiful young couple, one of whom playfully pushes the other in a shopping cart, “so that a cool-ass tank can crush a clay hut or an airplane can take a businessman 3,000 miles to have dinner with someone…”

The irony continues to build until the narrator tells the listener plainly, “Because at the end of the day, we at Chevron don’t give a single F*ck about you, your weird children or your ratty ass dog.”

It ends with a visual of a beautiful forest, the Chevron logo and the catch phrase, “Chevron: We don’t give a f*ck about you.”

Clues to the origins of the ad include that it was first posted to Twitter by Oscar-winning Don’t Look Up filmmaker Adam McKay. It’s also the only video on the newly-created YouTube page for his Hyperobject Industries.

To drive home the connection to the news of the day, McKay also posted slightly-altered screenshots of Hurricane Ian news coverage with chyron headlines such as “Hurricane Chevron Making Landfall in Florida” and “Fort Myers Resident Witnesses Houses Floating Away as Hurricane Exxon Hammers Florida.” 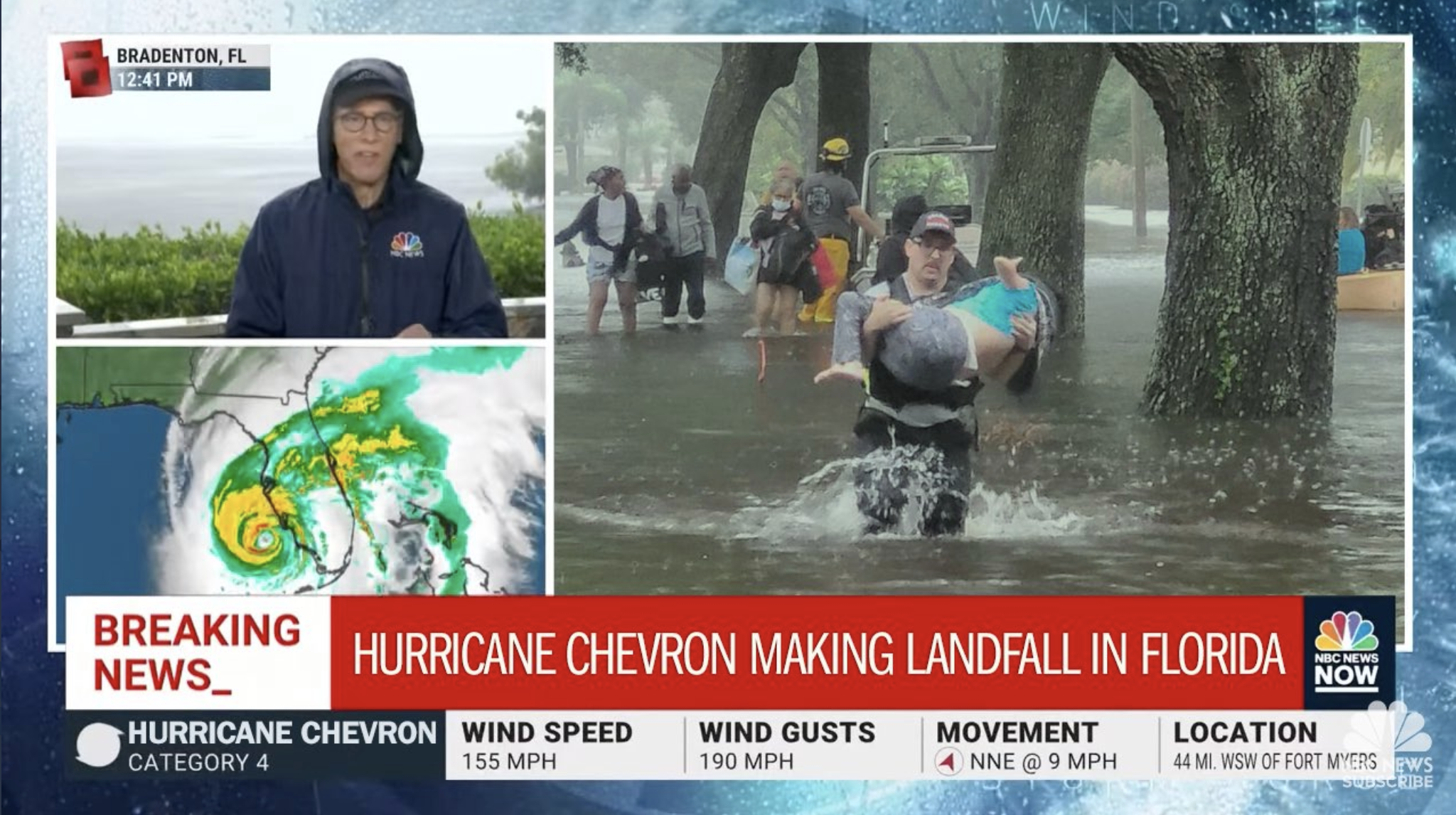 The spot was written by McKay, voiced by Steven San Miguel, edited by Bruce Herrman and produced by Don’t Look Up co-producer Staci Roberts-Steele — who also played Linda Dicalio in the film — with special thanks to Lost Planet.

Earlier this month, McKay donated $4 million to Climate Emergency Fund and joined its board of directors. The fund was formed in 2019 as a bridge between philanthropy and climate activism. Per its website, CEF has funded more than 90 organizations and trained 22,000-plus climate activists, disbursing more than $4 million this year alone. As a non-endowed fund, it relies on donors to raise money, which it then strategically deploys to activist groups that utilize disruptive protest and demand transformative as opposed to incremental change. McKay’s is the largest personal contribution since the fund was founded.

‘LOTR’ Claims Nielsen Streaming Ring, Beating ‘House Of The Dragon” – With An Asterisk