Britain’s Got Talent judge Amanda Holden drops a shocking revelation during an appearance on Shopping with Keith Lemon that will air tomorrow night.

In his latest show Keith takes Amanda on a booze cruise to Calais and the conversation soon turns to past drunken antics but even notoriously rude Keith was shocked by what Amanda had to say.

He began: “Have you ever got so drunk you c****d your pants?” to which Amanda bluntly replied: “Yes.”

Taken aback, Keith remarked: “Have ya? Amanda Holden has c****d her pants,” before Amanda clarified: “Yes I pooed myself but I did have a funny tummy.”

“I did walk home and it felt like I had a small b*****k in my pants, like a warm pooey b*****k,” she added. “And then my then boyfriend, this is how much he loved me, went home and he rinsed my knickers.”

“That’s pure love,” Keith agreed before the pair continued on with their shopping.

Later on in the show, Keith quizzes Amanda on her role as a Britain’s Got Talent judge alongside Simon Cowell, Alesha Dixon and David Walliams.

He began: “But you’ve been doing Britain’s Got Talent for 13 years, has it flown?”

“It’s really flown, cause my daughter’s 13 so she epitomises the time and I literally remember getting the phone call, and I was stirring soup, my agent said ‘Do you want to go on this show called Britain’s Got Talent, Simon Cowell is doing it?’ and I just said yes,” she revealed.

“I wore a pair of jeans, can you imagine wearing jeans now on that show,” she added. 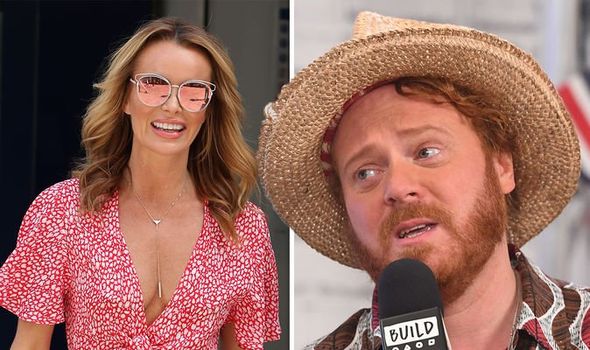 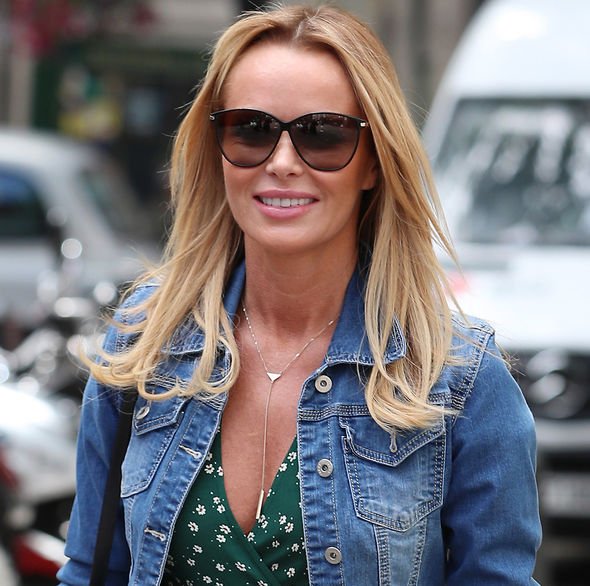 Intrigued, Keith asked: “So if we look back at early episodes you’ve got jeans on? Can you see them cause you’re sat down?”

“You’re sat behind a desk but I’m wearing a top and its back to front, I didn’t even know cause I didn’t have a stylist,” she confessed.

Later on in the episode Keith takes members of boyband Busted guitar shopping.

Earlier in the series Keith was joined by Love Island presenter Caroline Flack as the pair test-drove a new car.

Seizing the opportunity get Caroline to open up, he asked: “Have you ever done the business in the car?” 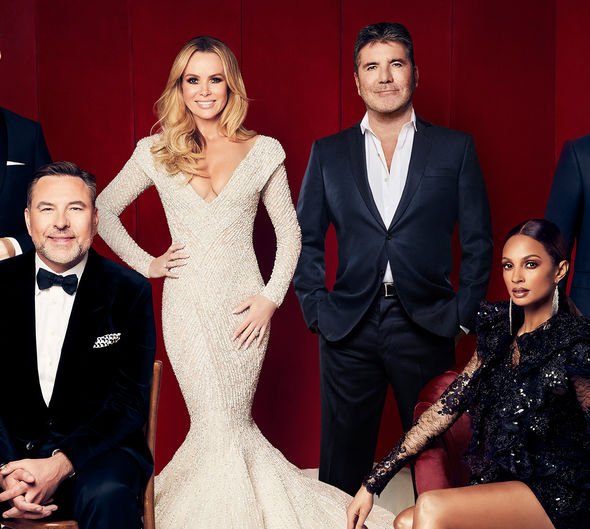 Smiling, she remarked: “Do you know what? I’m not going to tell you whether I have or haven’t.”

He joked: “You do know that means that you have. It definitely means you have!”

“Otherwise you would have said, I’ve not done that.”

The Celebrity Juice presenter explained his theory that if someone refuses to answer a question it means they have done whatever the question was referring to.

After she spilt with fiancée Andrew Brady in December Caroline revealed her favourite qualities in a man were a sense of humour and niceness.

Shopping with Keith Lemon airs Thursdays at 10pm on ITV2