Angela Deem is already looking much thinner after her announcement at the 90 Day Fiance: Happily Ever After? Tell All that she planned to have weight loss surgery in her ongoing effort to look younger and prettier for her husband Michael Ilesanmi.

Despite Michael’s worry that something might happen to Angela during surgery, she made it clear that her mind was made up and that she would be going through a weight loss transition in the coming months.

Now, it looks like Angela may have already had weight loss surgery, or at the very least, she’s had something done to make her look thinner, because a recently shared photo is proof that her body is changing.

The big weight loss reveal may have been accidental, as it’s no secret that Angela Deem is great at hiding information that would spoil her storyline on the show.

Based on the photos, Angela was with her family to celebrate the birthdays of two of her granddaughters, London and Ana.

But it was a photo with Ana captioned, “Who’s the best MEMA” that has 90 Day Fiance fans talking.”

In it, Angela is kissing the little girl on her head and she looks much thinner. In fact, Angela’s double chin is gone!

Here’s a comparison to her most recent season of 90 Day Fiance: Happily Ever After?, before she announced plans to have weight loss surgery to show what a difference a few months (and possibly surgery) can make. 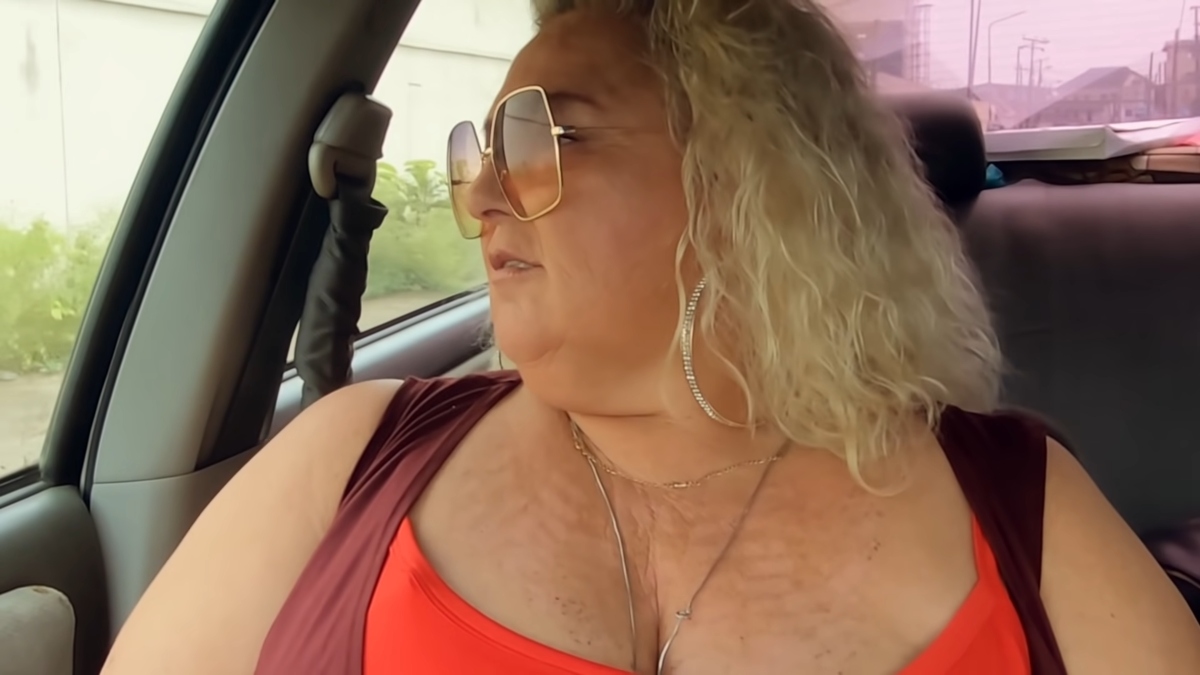 Angela has been keeping her life private

It’s pretty clear that 90 Day Fiance fans haven’t seen the last of Angela Deem and Michael Ilesanmi. After all, he still hasn’t been allowed to move to the U.S., even after spending years with Angela and even marrying her.

As we wait for that moment, Angela is doing all that she can to lose weight and look younger for her man, despite his insistence that he loves her exactly the way she is.

One can only imagine that there will be some sort of weight loss reveal on an upcoming season or even a spin-off of the show. There have even been calls for an Angela Deem spin-off, and honestly, we wouldn’t be surprised if that happens once Michael finally gets to step foot on American soil.

Will we get a big Angela Deem weight loss transformation along with Michael’s future arrival? From what we’ve seen so far, she is looking great, so that wouldn’t be too far-fetched.

90 Day Fiance: Happily Ever After? is currently on hiatus.