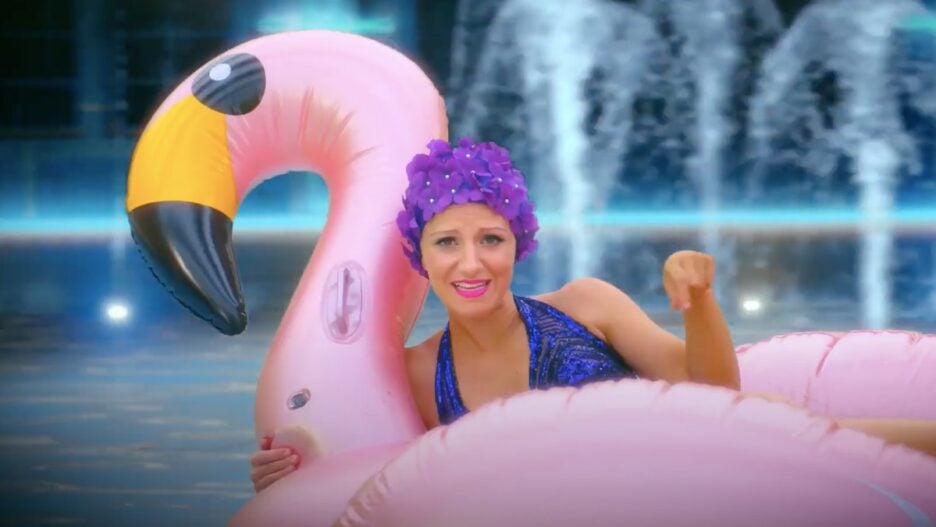 “B Positive” is getting a musical makeover with a brand new title sequence performed by its star, Tony Award-winning actress Annaleigh Ashford. The Broadway-style tune –“Theme (from B Positive)” — will premiere on the CBS sitcom’s Oct. 28 episode.

Now in its second season, the Emmy-nominated series follows Drew (Thomas Middleditch), a newly-divorced therapist, in desperate need of a kidney, who rekindles his friendship with Gina (Ashford) when she volunteers her kidney. Linda Lavin, Jane Seymour, Hector Elizondo and Ben Vereen also star.

The 22-second title sequence flits between a series of quick scenes with elements of classic Broadway musicals: there are synchronized swimmers, a diner full of dancers, moving set pieces and flashy costumes.

“The more you give, the more you live/Your happiness is relative/And if you’re feeling like crap, it’s time to face the fact — it’s your prerogative to be positive,” Ashford sings while wearing a bedazzled violet dress.

Ashford is no stranger to Broadway – in addition to her award-winning turn as Essie in “You Can’t Take It With You,” she has appeared in “Sunday In The Park,” “Wicked,” “Legally Blonde,” and the original cast of “Kinky Boots,” for which she received another Tony Award nomination. 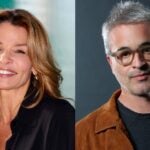 “There are so many poignant and real (and funny) stories to be told about this generation – stories that aren’t on television anywhere else,” making this episode “the perfect place to showcase Annaleigh’s Broadway talent and some synchronized swimmers.”

The song, written by Lorre and Kevin R. Moore will also be available on all streaming platforms. Watch the clip here.