Bachelorette Exclusive: Jed's Going All Out to Win Hannah Over

Jed Wyatt‘s got somebody on his mind: Hannah Brown.

In the above exclusive sneak peek of The Bachelorette, Jed takes matters into his own hands to get some time with Hannah.

“I miss Hannah,” he says. “It’s really hard to see her go on dates with other people. I know I just saw her yesterday, but, like, I’m falling for this girl. I’m just, like, trying to figure it all out. It’s hard to put into words, but I just know that I’m going to do whatever I can to get to spend time with Hannah.”

Whatever it takes? That involves taking to the streets to serenade Hannah outside her window. At first his only audience is a cat, but eventually Hannah comes around to the late-night visit…or does she?

He also sings he’ll never tell a lie, which many may find a bit, well, difficult to believe considering the allegations that he was in a relationship when he joined the show.

“I wanna come inside,” he sings. 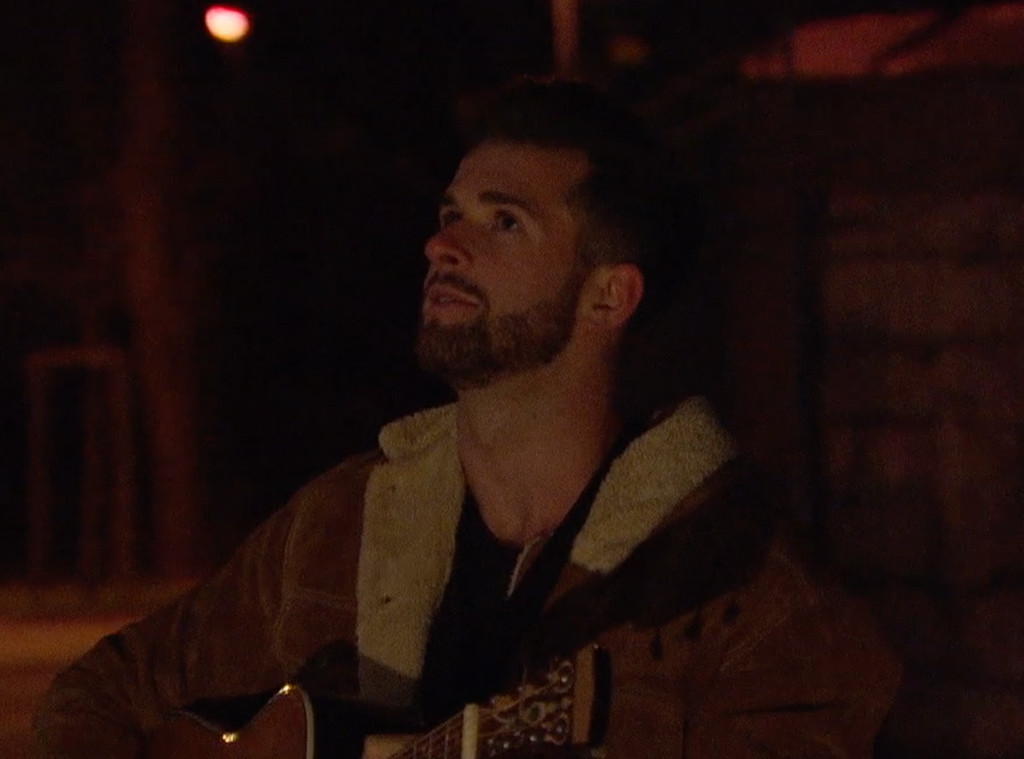 And what does Hannah do? Click play on the video above to find out.

The Bachelorette‘s Monday, June 24 episode also features Hannah dealing with last week’s drama while in Riga, Latvia on the Baltic Sea. Viewers will see her go on a one-on-one date sans clothing, but the suitor at the center of it all kisses and tells. That’s not going to go over well.

Meanwhile, a group date to Riga Central Market, Hannah rewards another suitor who gives her flowers—and kisses. Two rivals will face off in a wrist wrestling march and a final one-on-one date follows in a traditional Latvian spa.