THE Bachelorette host Tayshia Adams looked stunning as relaxed on her Mexican vacation.

The California girl couldn't stop smiling as she soaked up the sun with friends in Cabo San Lucas.

🌹 Follow all the latest news and stories on The Bachelorette 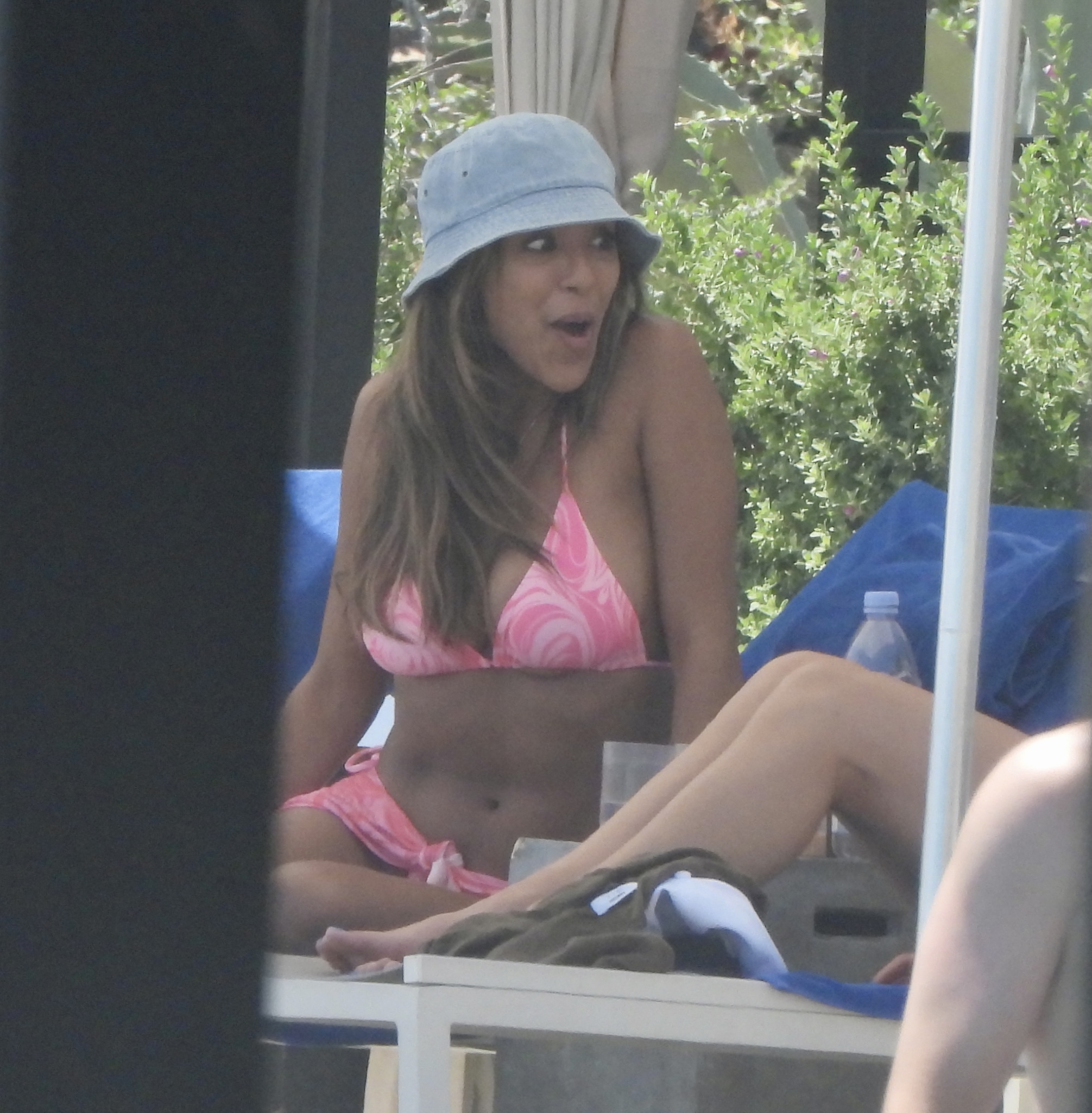 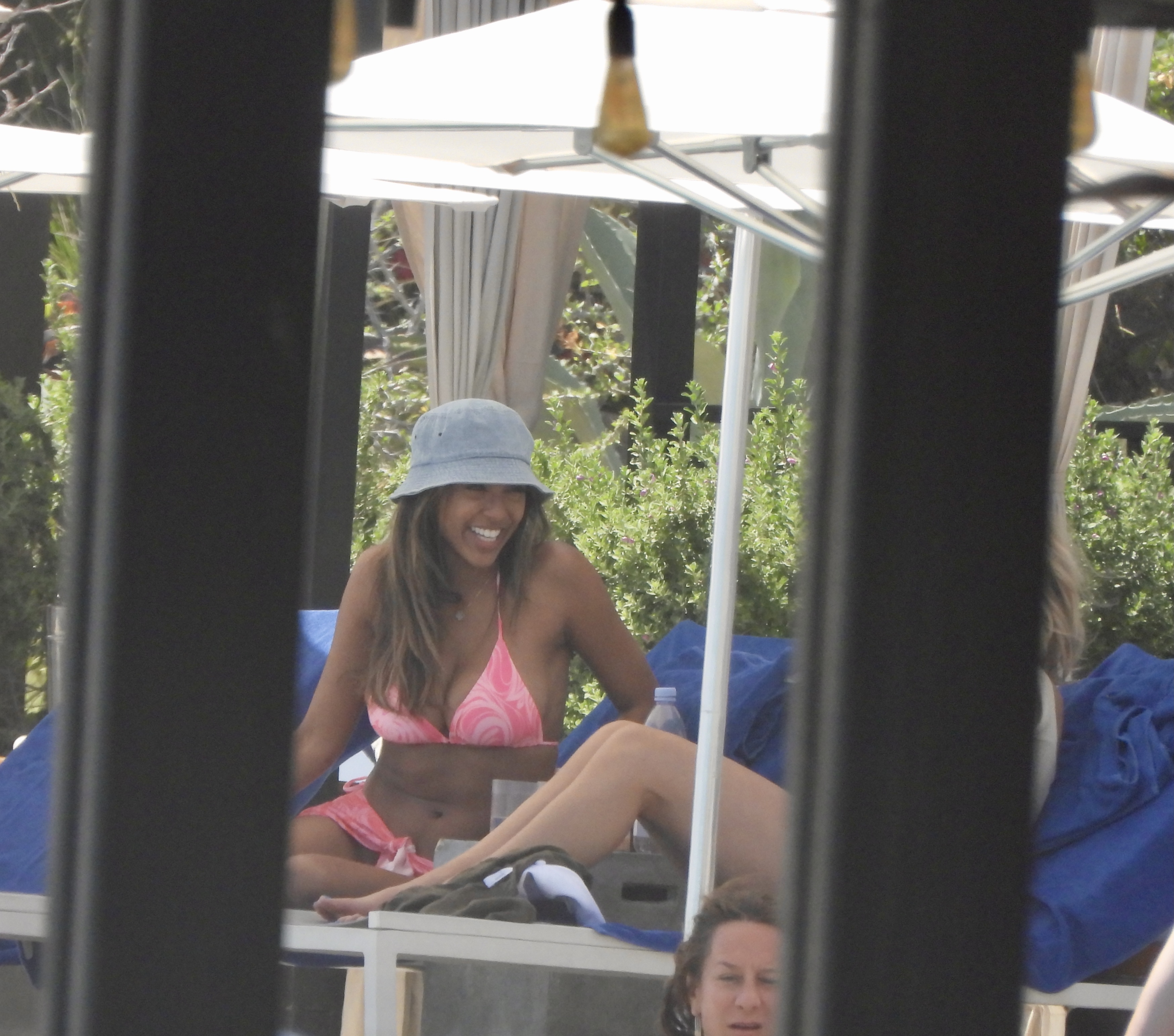 Wearing a triangle hot pink bikini, the 30-year-old laughed with friends on sun lounges where she also made sure to be sun smart and wore a hat.

She took off the hat to reveal her hair in a high bun before she jumped into the pool.

Tayshia lay comfortably on the steps of the pool as she continued to chat with her friends.

Her sunny vacation comes as fans love watching her co-hosting the 2021 seasons of The Bachelorette alongside Kaitlyn Bristowe. 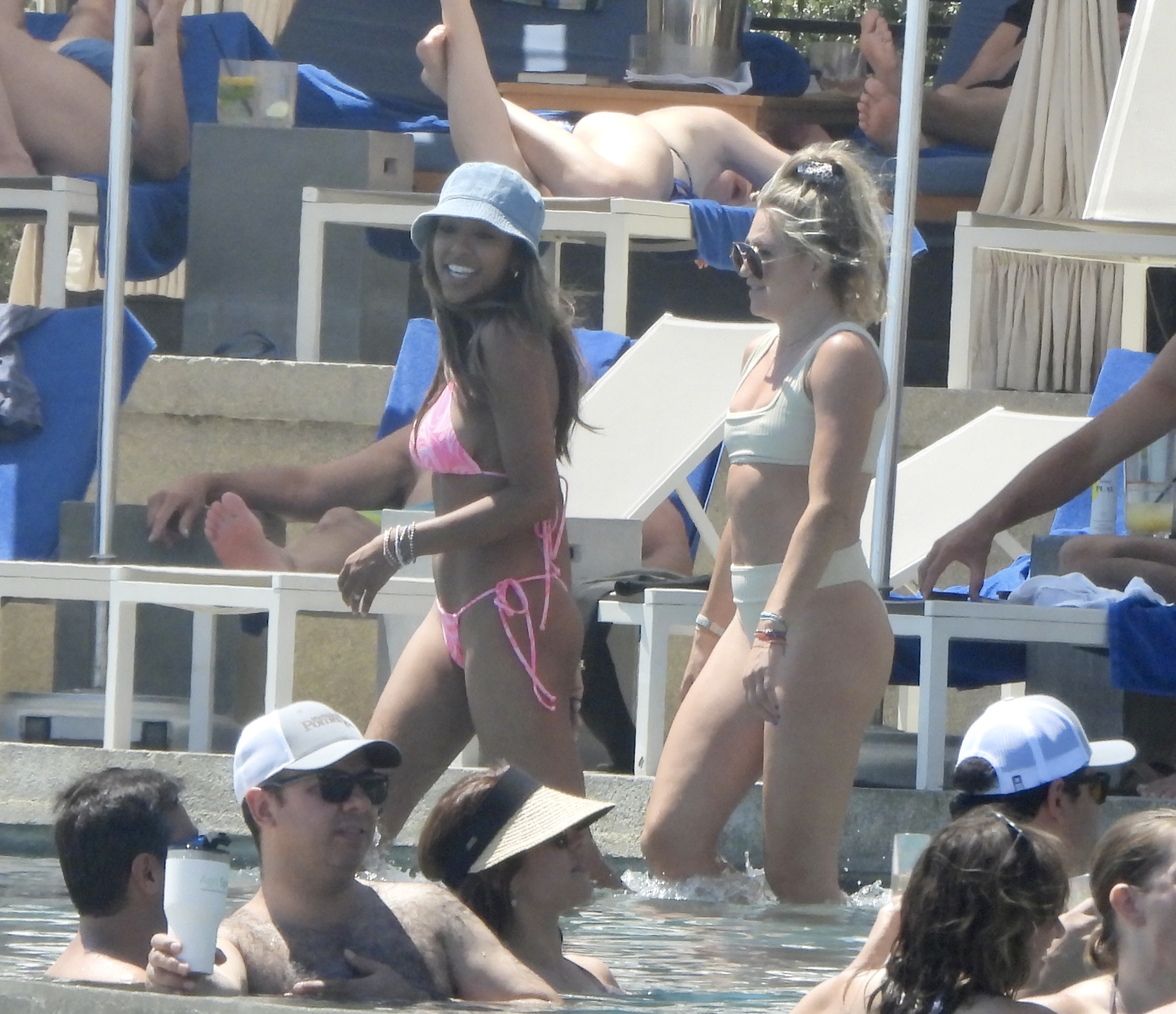 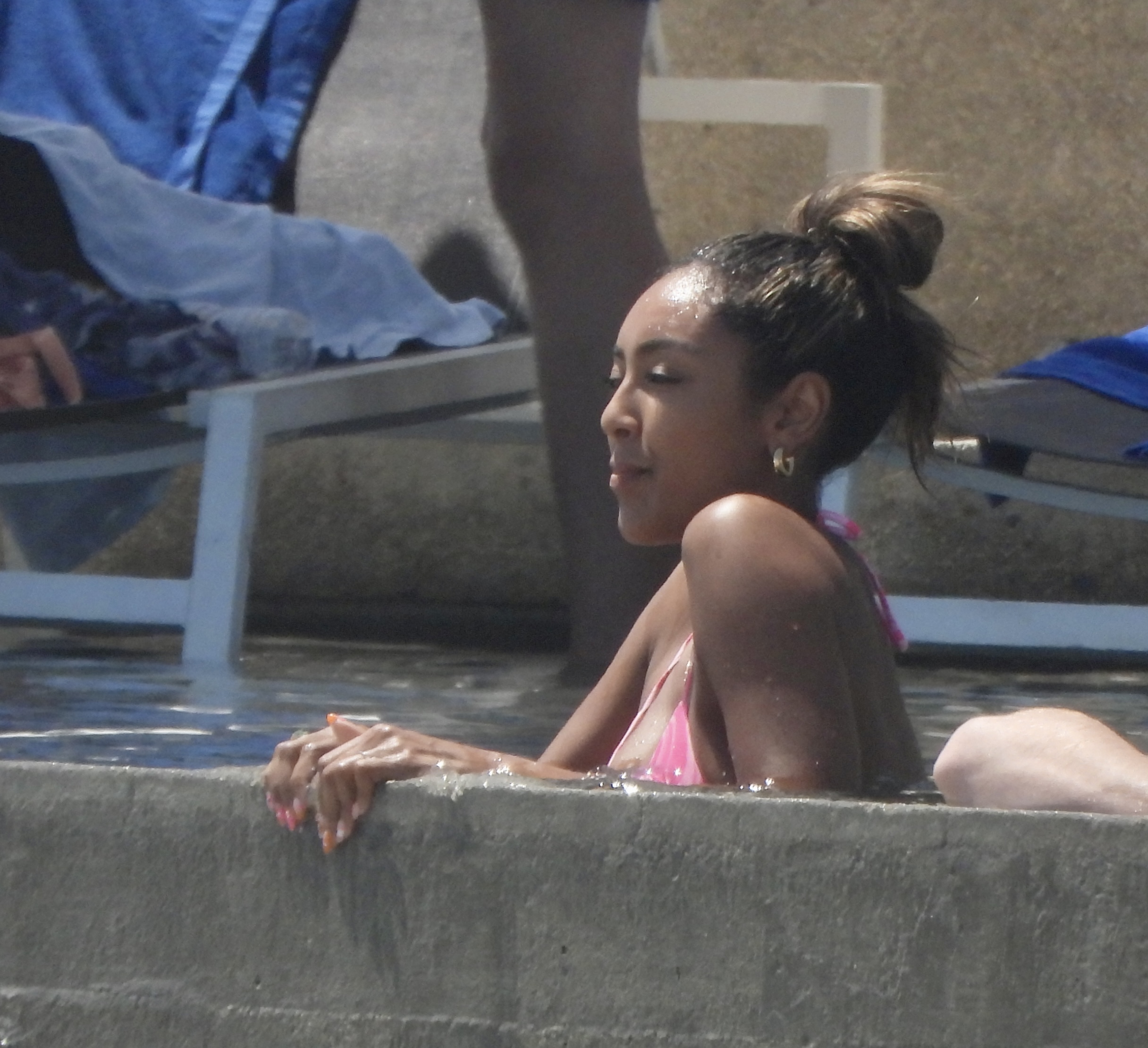 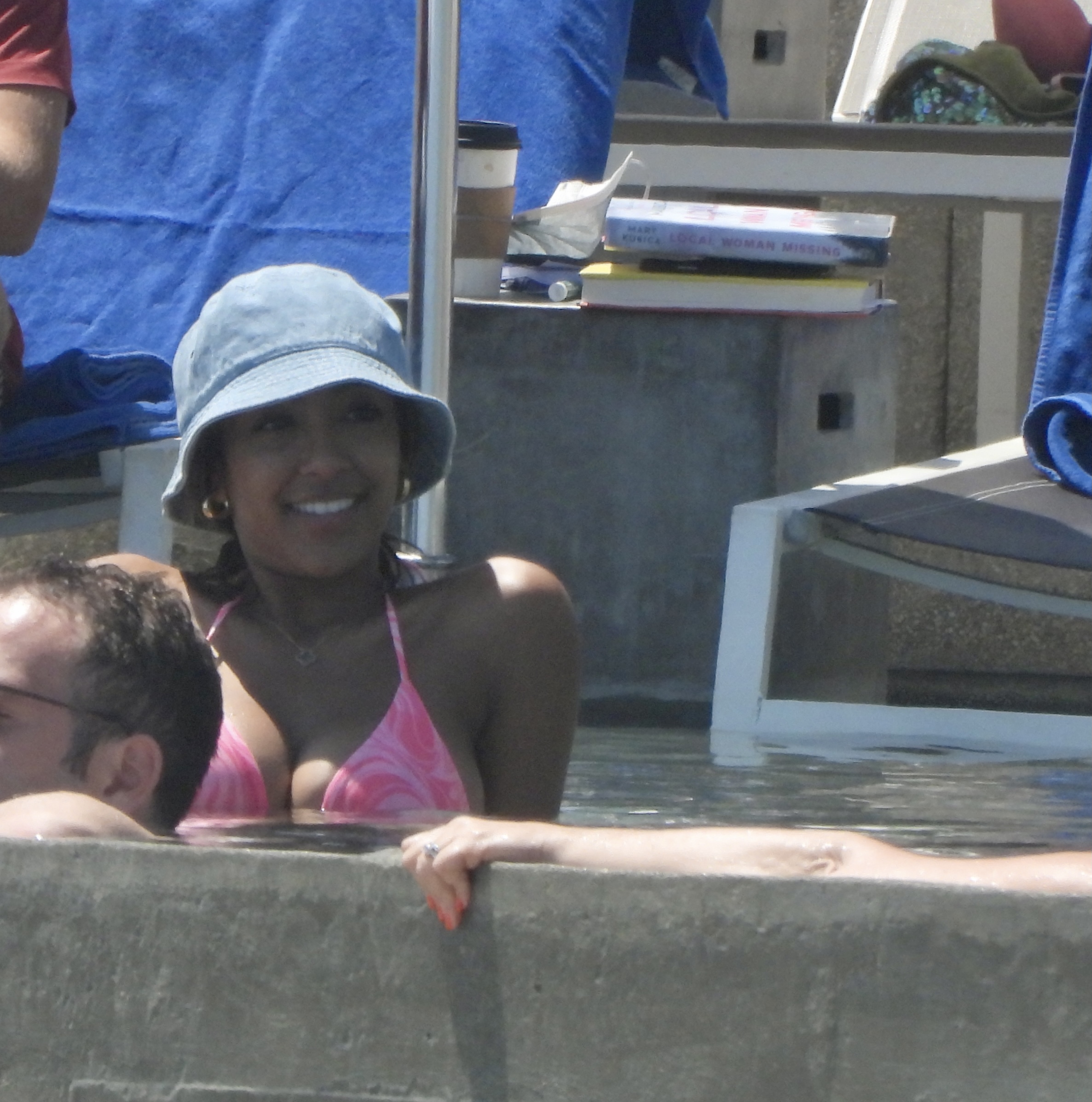 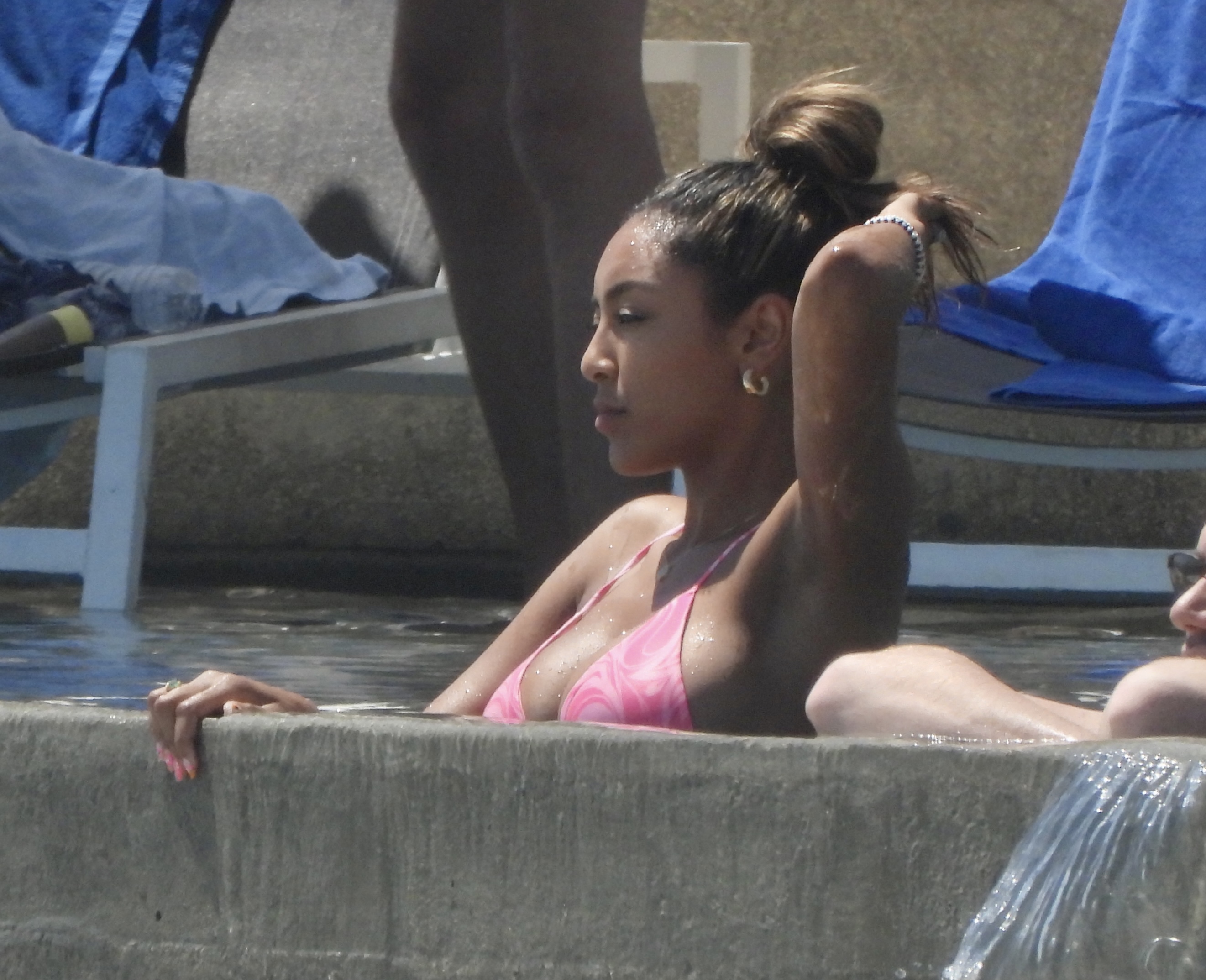 They replaced former long-time host Chris Harrison, 49, who was let got after making "racist" comments.

The furore happened earlier this year when Georgia contestant Rachael Kirkconnell was discovered to have attended an Antebellum plantation-themed party in 2018.

Following the photos resurfacing, Chris defended her during an interview with former Bachelorette Rachel Lindsay on Extra.

For the first time in The Bachelorette history there will be two seasons of the reality series in one year. 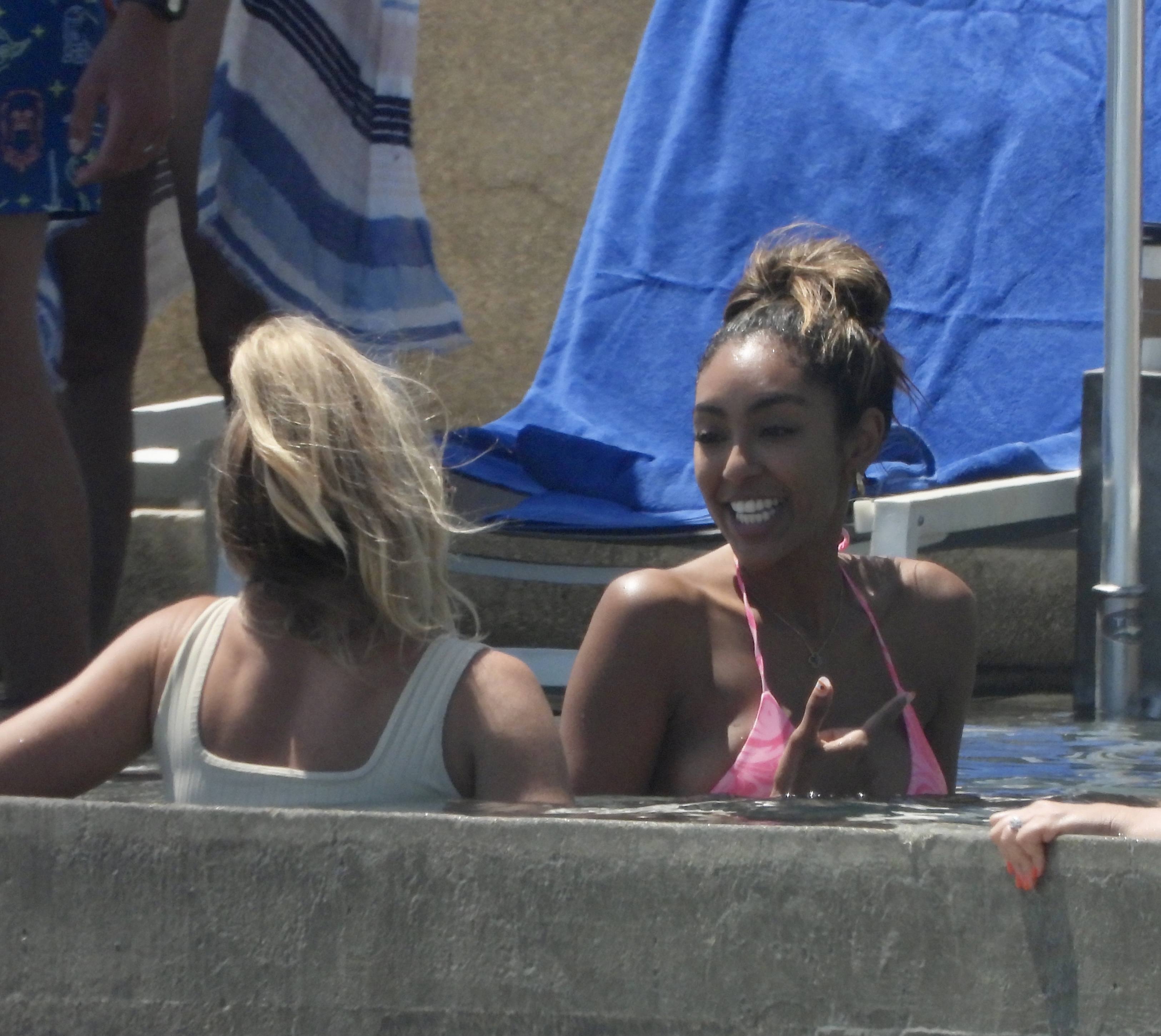 The next Bachelorette will be Michelle Young, with Tayshia and Kaitlyn recently opening up about whether they'll return to host that series.

Kaitlyn told Us Weekly of coming back for Michelle’s upcoming season 18: “I mean, we had so much fun."

Tayshia added: “So much fun and if the opportunity presented itself, we would be there.” 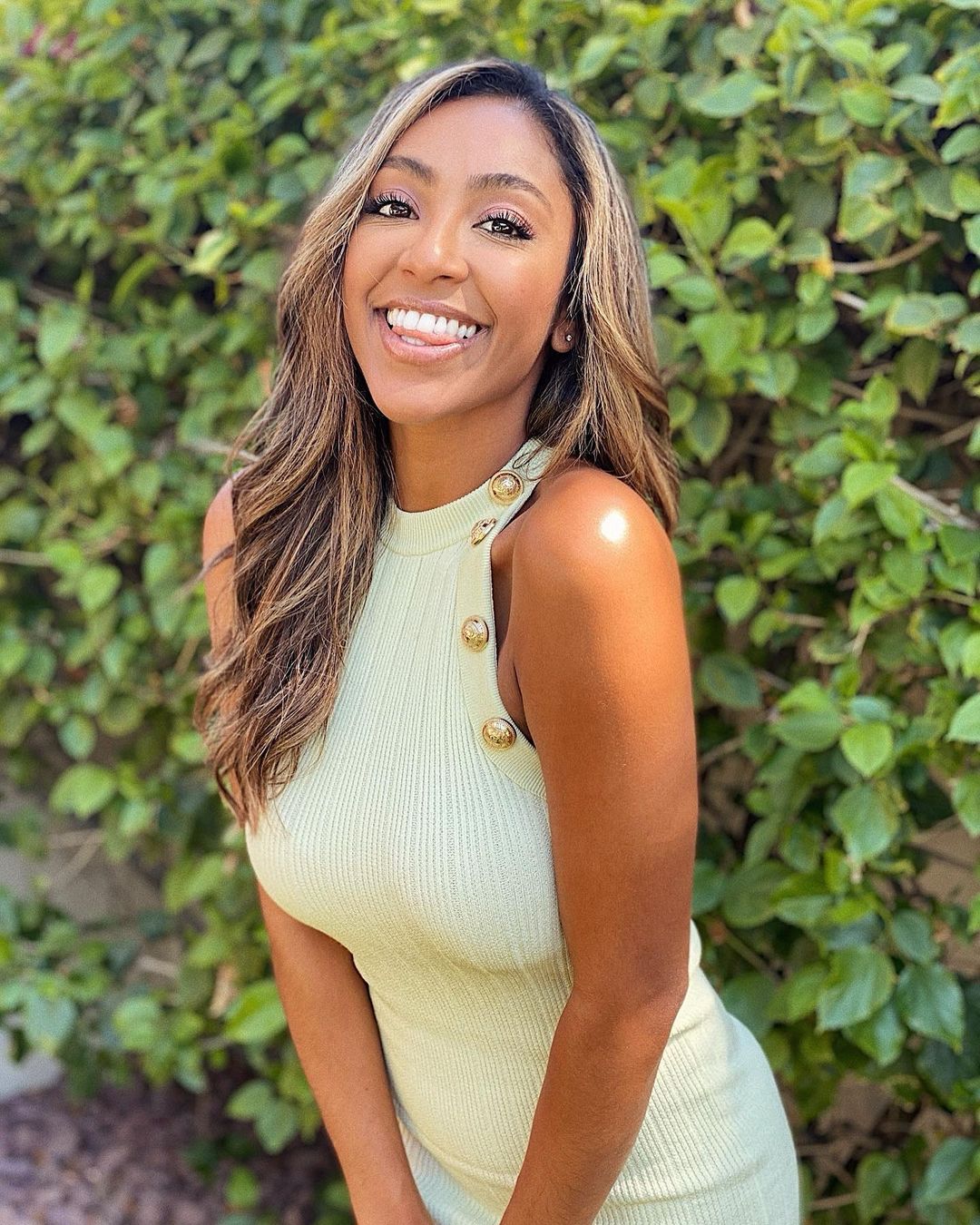 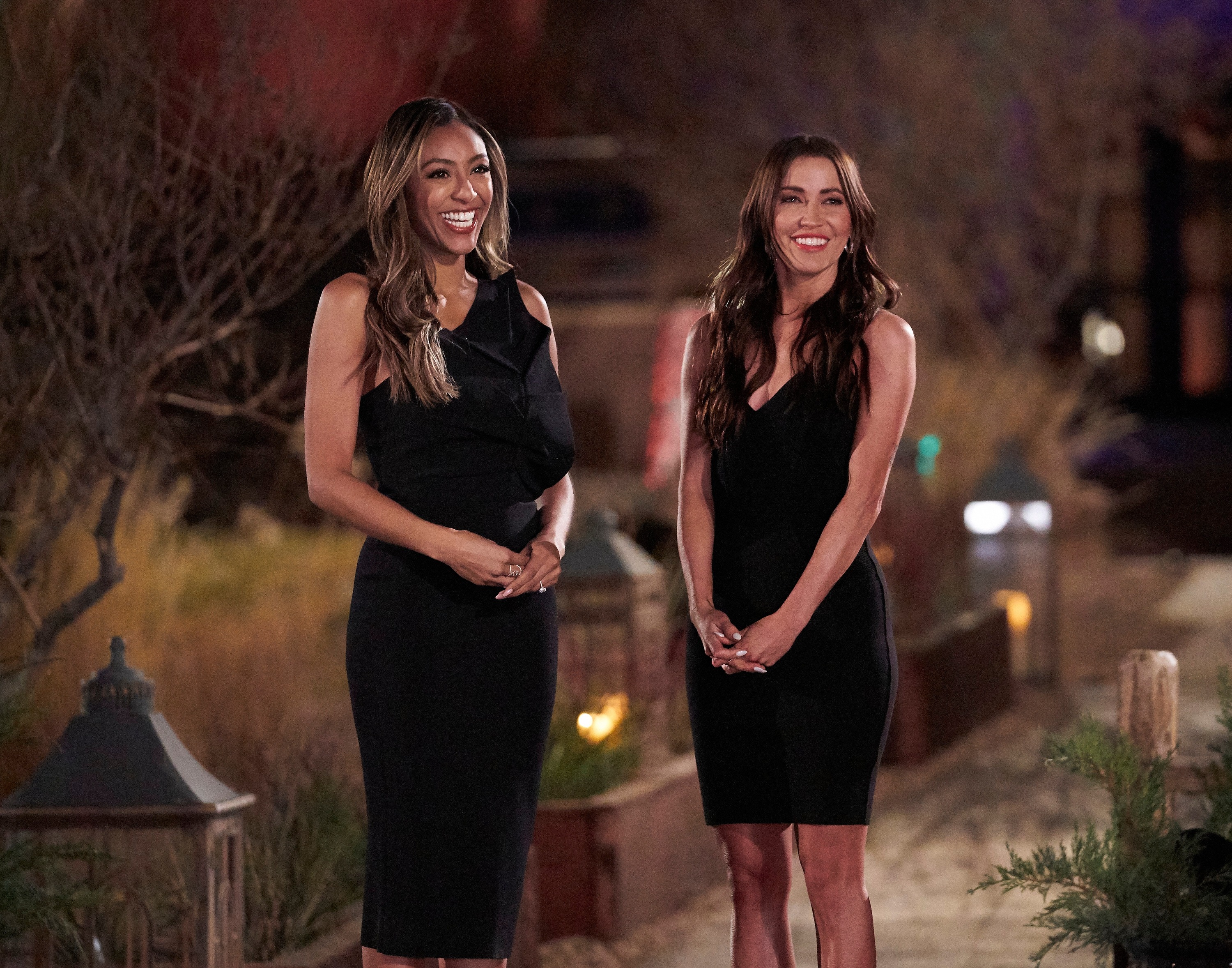 Tayshia first graced our screens as a contestant on season 23 of The Bachelor and was then cast as the sixth season of Bachelor In Paradise.

For the first time in the Bachelor franchise’s two-decade history, the star of The Bachelorette was replaced.

After Clare Crawley's dramatic early exit, Tayshia took over as The Bachelorette for season 16 and found her happily ever after with Zac Clark.

In May, Tayshia opened up to Cosmopolitan about the status of her relationship with Zac Clark saying, "It’s like a sleepover with your best friend, of course it is. New York has been such a joy to experience." 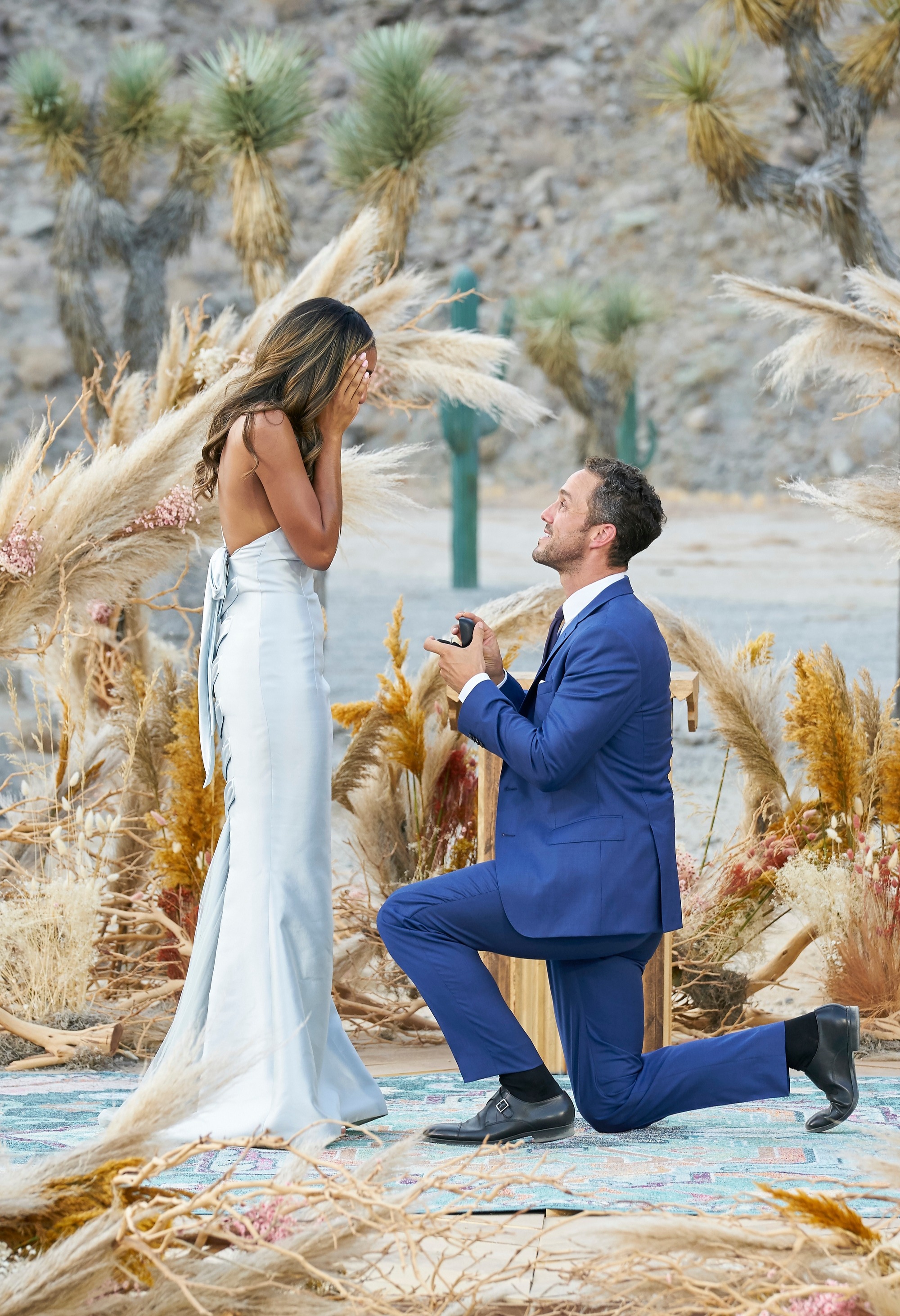 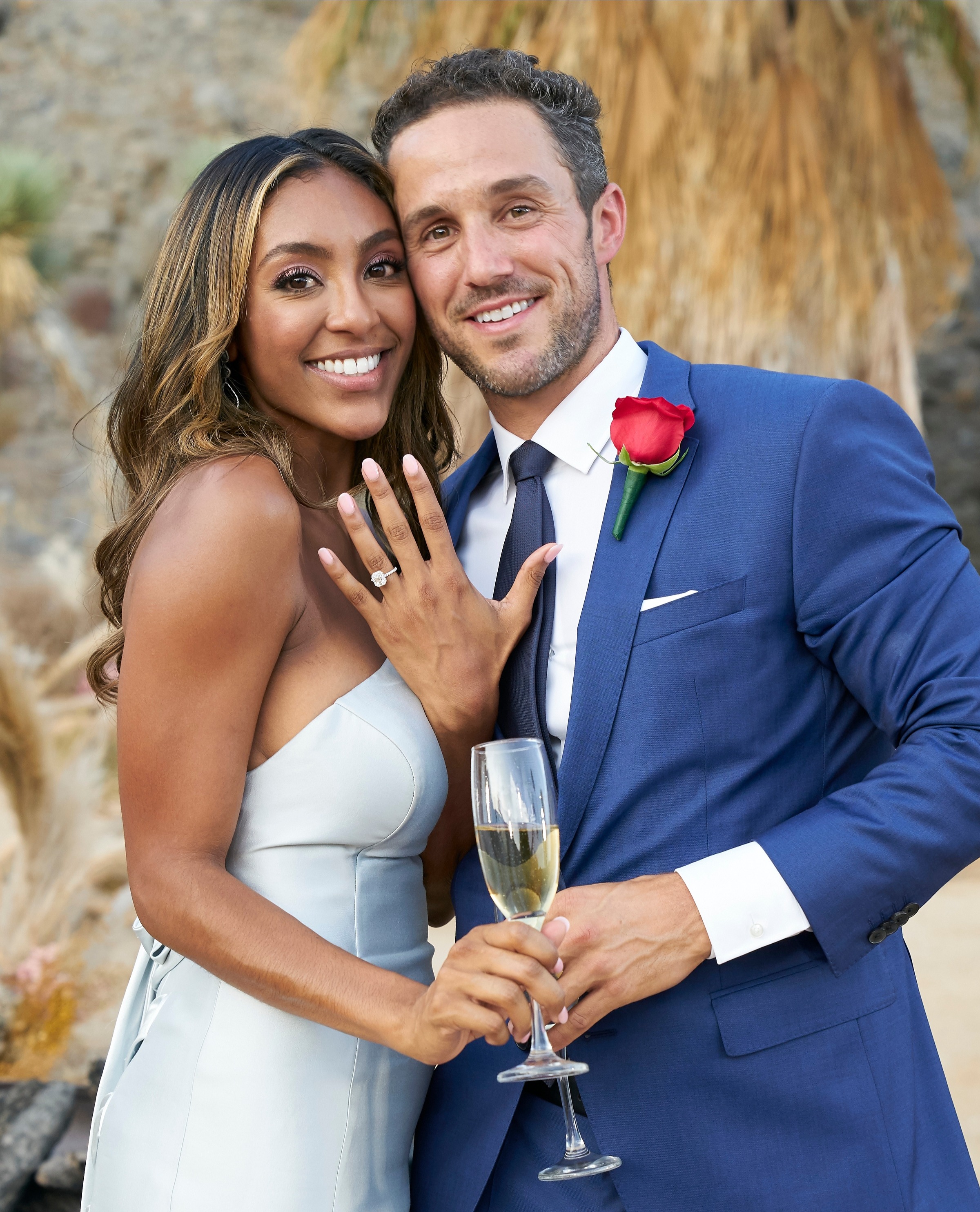 She added: "It’s so different living there as opposed to visiting. It’s a different kind of magic. It’s been fun."

Before her quest for love, she attended Concordia University Irvine and graduated in 2012 with a bachelor's degree in biology.

Tayshia was a phlebotomist- she administered blood tests- but told Vulture that she was no longer in that line of work and wants to pursue other options.