The CW has dropped the first images of Camrus Johnson suited up as his new character Batwing.

Johnson has portrayed Luke Fox since the pilot. Following his near demise at the hands of Crows Agent, Fox morphs into Batwing in the remaining episodes of Season 2, a journey that leads him to embrace the hero he was destined to become.

Batwing (Johnson) will serve as Batwoman’s (Javicia Leslie) crime-fighting counterpart as they work to clean up the mess created in the season two finale. But before Luke Fox can fully embrace the awesome and powerful nature of his supersuit he must first overcome his own personal demons.

You can see the images below. 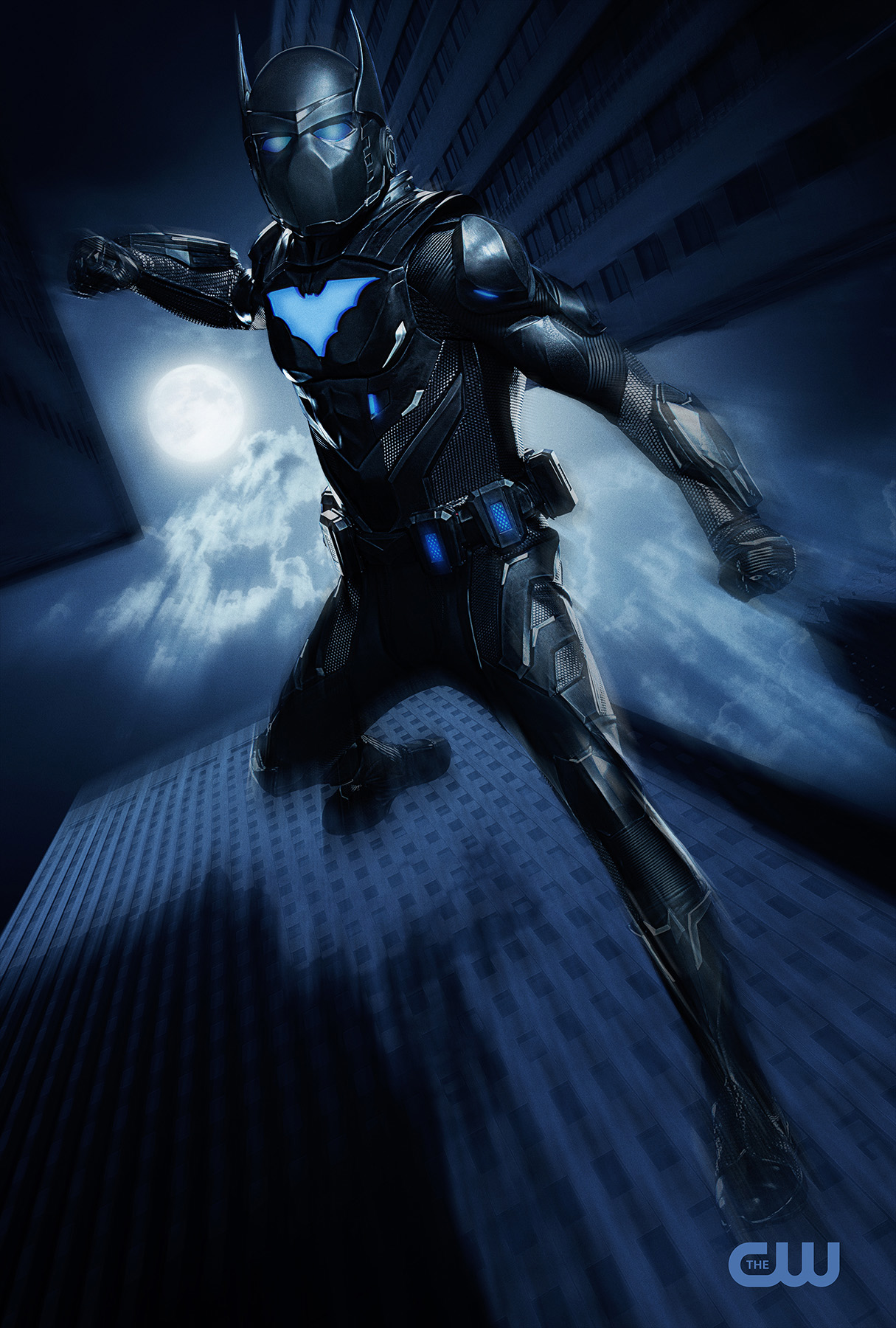 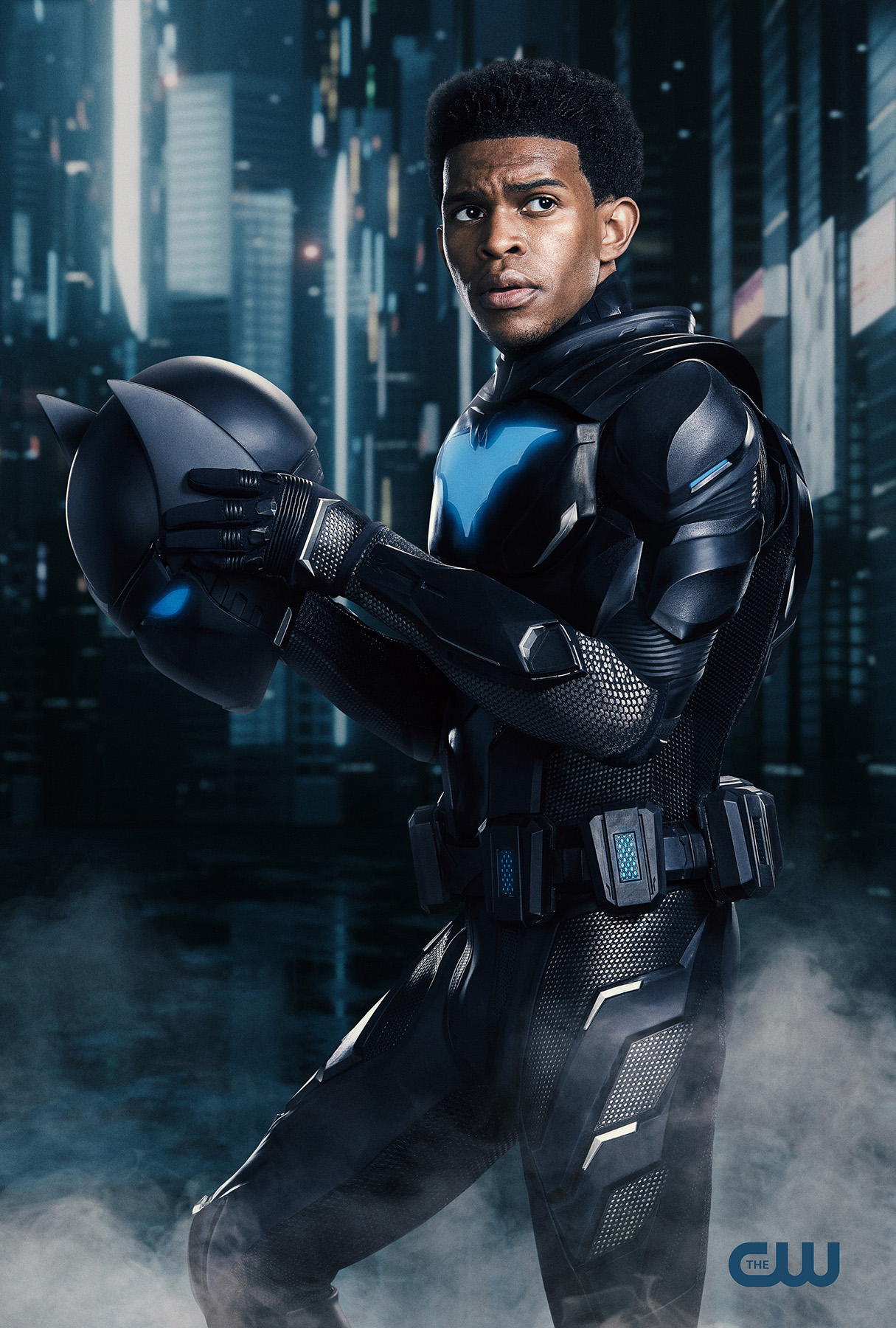 The Batwing suit was conceptualized by Batwoman costume designer Maya Mani with assistance from Diana Patterson and illustrator Andy Poon. The suit was created by Ocean Drive Leather and the helmet was sculpted by James Fairley at Amazing Ape.

“I’ve been looking forward to seeing Batwing since we decided to make Luke Fox a fundamental part of our Bat Team way back in the pilot development stages,” said executive producer Caroline Dries on bringing Batwing to Batwoman and Luke Fox’s journey to becoming the new character. “I can speak for Cam when I say, So has he!,” continued Dries. “But this character couldn’t come out of nowhere. We built this character from a deeply personal and complicated Luke story that we began setting up in season one, and I look forward to unfolding it over the course of season three.”

Johnson has played Luke Fox since Batwoman premiered on The CW in the Fall of 2019. Of his new character, Johnson said: “Honestly, it’s hard to explain how much it means to me to wear the Batwing suit and officially play my first superhero. The main reason I wanted to be in Batwoman was for this opportunity – to give kids like me another black hero to look up to and relate to. It’s hard not to smile when I catch myself in the mirror with the bat symbol on my chest, and I’ll keep smiling through every fight scene, every awesome stunt, and every Gotham night where Batwing is finally in the field!”

Costume Designer Maya Mani, who has created many of the suits for the “Arrowverse,” says of the new suit: “I wanted the Batwing suit to represent the bond between father and son, to show the love and respect that Lucius Fox had for his son, Luke. It was conceived within the realm of a child’s imagination; the suit is a bit fantastical and based on the whimsy of a young boy’s dream – complete with rocket boosters and hidden bits that pop out! The Batwing suit represents the combined talents of a solid team who all came together and met the many challenges of encompassing lights, moving parts and the need for mobility head on, bringing this character to life.”

Batwoman is produced by Berlanti Productions in association with Warner Bros. Television. Dries developed the series and serves as executive producer with Greg Berlanti, Sarah Schechter and Geoff Johns. Batwoman is based on characters created for DC by Bob Kane with Bill Finger.