Naga Munchetty felt playful this morning as she decided to annoy her co-hosts on BBC Breakfast. She began by teasing weather presenter Matt Taylor. As he delivered the forecast, Naga complained: “You said it was going to get better,” to which Matt defended himself: “Better compared to now.” Jokingly annoyed Naga added: “It’s all relative” before moving on to annoy Charlie Stayt.

Naga’s co-host started introducing a new story saying: “There has been a rise in the number of families asking for litter picking kits to help keep their communities clean during lockdown.”

Amused by how Charlie enunciated “litter picking kits,” she asked him: “What are they asking for?”

“Litter picking kits,” he spelled out again, as a huge smile appeared on Naga’s face.

“And it’s linked to something you might have seen last week which is a litter cam,” he continued. 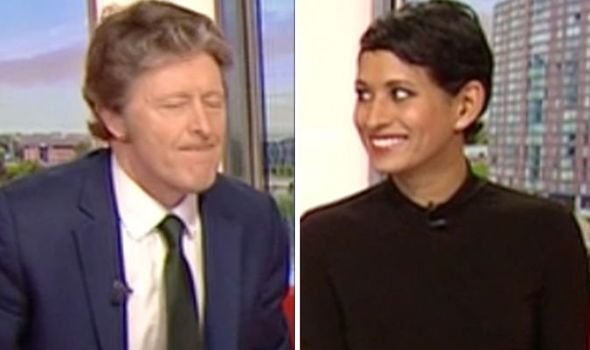 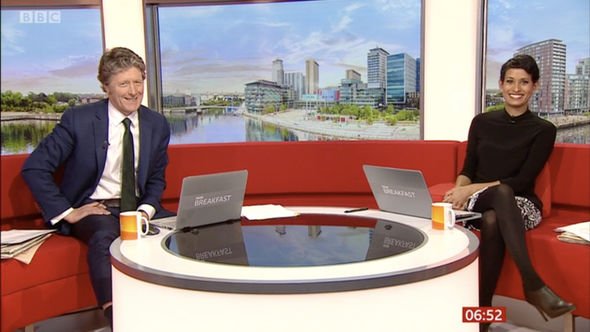 “So now they’ve got…” Naga teased him again.

As the studio fell into an awkward silence, Charlie scoped out his colleague to figure out if she was joking or seriously hadn’t understood what he just said.

“Come on!” Charlie eventually protested as silence had descended onto the BBC studio.

“It’s litter picking kits, that’s what they got” he indulged Naga one last time.