Pamela B. Green will direct a film based on her acclaimed 2018 documentary 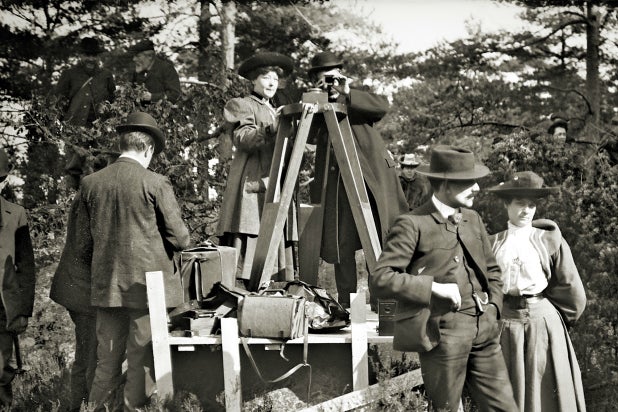 A narrative feature biopic is in the works about female directing pioneer Alice Guy-Blaché from the director of “Be Natural,” the 2018 documentary that profiled the silent cinema icon.

Guy-Blaché was the first woman to ever direct a film and between 1896 and 1906 was likely the only female director in the world. Across her 25-year career, she directed over 700 short silent films across all genres, and many of her films helped pioneer new sound and color-tinting techniques for other filmmakers. And by 1912 she had founded her own studio on the East Coast and directed the film “A Fool And His Money,” the first film with an all-African-American cast.

Pamela B. Green, who directed, edited, produced and co-wrote the documentary that premiered at Cannes in 2018, will direct the untitled new biopic and write the screenplay with Joan Simon and Cosima Littlewood, who also worked on “Be Natural: The Untold Story of Alice Guy-Blaché.” And the feature will also be based on new material discovered during the making of the documentary.

Some of the producers and executive producers on “Be Natural” are also returning to the biopic now in early development, including Geralyn White Dreyfous, Jamie Wolf, John Ptak. The documentary was also executive produced by Robert Redford, Regina Scully and Hugh M. Hefner, and the film was narrated by Jodie Foster.

Green’s “Be Natural” was critically acclaimed on the festival circuit and delved into how Guy-Blaché, one of the most influential filmmakers of the early days of cinema, was erased from cinema history for decades, why she was forced to stop directing movies and the unfortunate reality that so many of her films and other pre-Hollywood cinema has been lost to history.

Green is also working on a series called “Aces Never Sleep,” a female-driven detective series about the first female detectives in the Pinkerton Detective Agency, and historical figures such as Frederick Douglass and Abraham Lincoln appear throughout the series. Green along with Ptak and Wolf’s Foothill Productions are currently in talks with financiers on the series that’s currently in development.