On Monday, Black Lightning came to the end of its four-season run on the CW, signing off with a passing of the torch.

When series finale “The Book of Resurrection: Chapter Two: Closure” opens, it looks like our hero Black Lightning (Cress Williams)—aka Jefferson Pierce—might soon be shuffling off this mortal coil. Tobias Whale (Marvin “Krondon” Jones III) has the superhero right where he wants him—namely, in a coffin buried underground.

Fear not, though. In the end, Black Lightning is able to escape by harnessing his powers in a way he’s never been able to before. Tobias, meanwhile, ends up dead, after he’s thrown out his office window, impaled and electrocuted by Black Lightning. 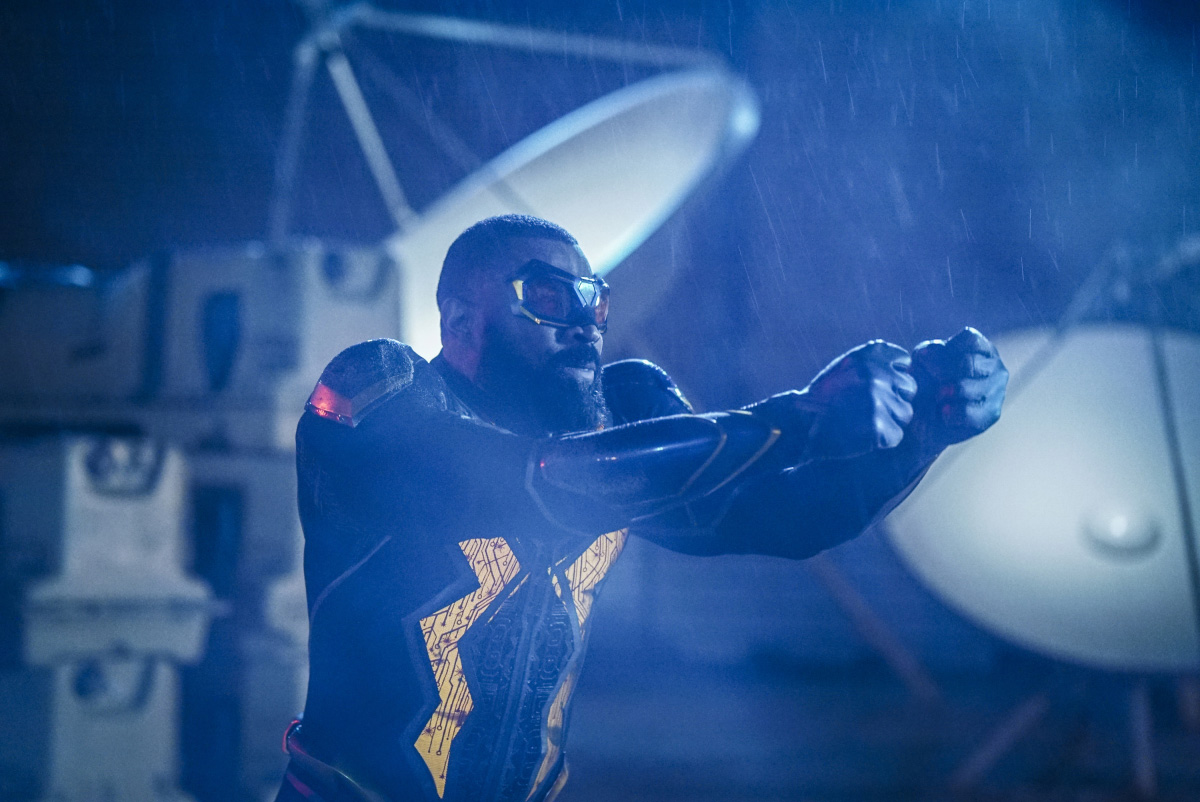 With his epic battle for the future of Freeland over, Pierce finds himself in a festive mood, celebrating with his right-hand man Gambi (James Remar), his ex-wife Lynn (Christine Adams), his daughters JJ (Laura Kariuki) and Anissa (Nafessa Williams), and Anissa’s meta-human girlfriend Grace (Chantal Thuy).

While Lynn had resented Gambi in the past for encouraging her ex-husband’s crime-fighting, the pair end up reconciling—and subsequently, Jefferson makes a couple of major announcements. First of all, he and Lynn are getting remarried, and second, he and Gambi are retiring, leaving Lightning, Thunder, Grace and TC to continue the fight for Freeland.

In a separate storyline, we see Painkiller (Jordan Calloway) decide to ensure the safety of Jefferson and his family by making sure he forgets all about them. Presumably, this thread was intended to set up the CW’s DC spinoff Painkiller. But the network announced today it was not proceeding with the offshoot, which had been introduced as a backdoor pilot in Episode 407 of Black Lightning.

As recently as the end of last week, Black Lightning’s creator Salim Akil seemed optimistic that Painkiller would go to series. Fortunately though, he has a number of other projects to turn to at the moment, in various stages of development.

Below, he touches on the factors that shaped Black Lightning’s finale, including the Covid-19 pandemic. Although he told Deadline that the series is not being shopped elsewhere, he did detail where he would have taken Black Lightning had it continued, other potential spinoffs that would be of interest to him (he mentions exploring a Black Joker) and the projects he’s working on next.

DEADLINE: How did you arrive at your ending for Black Lightning? 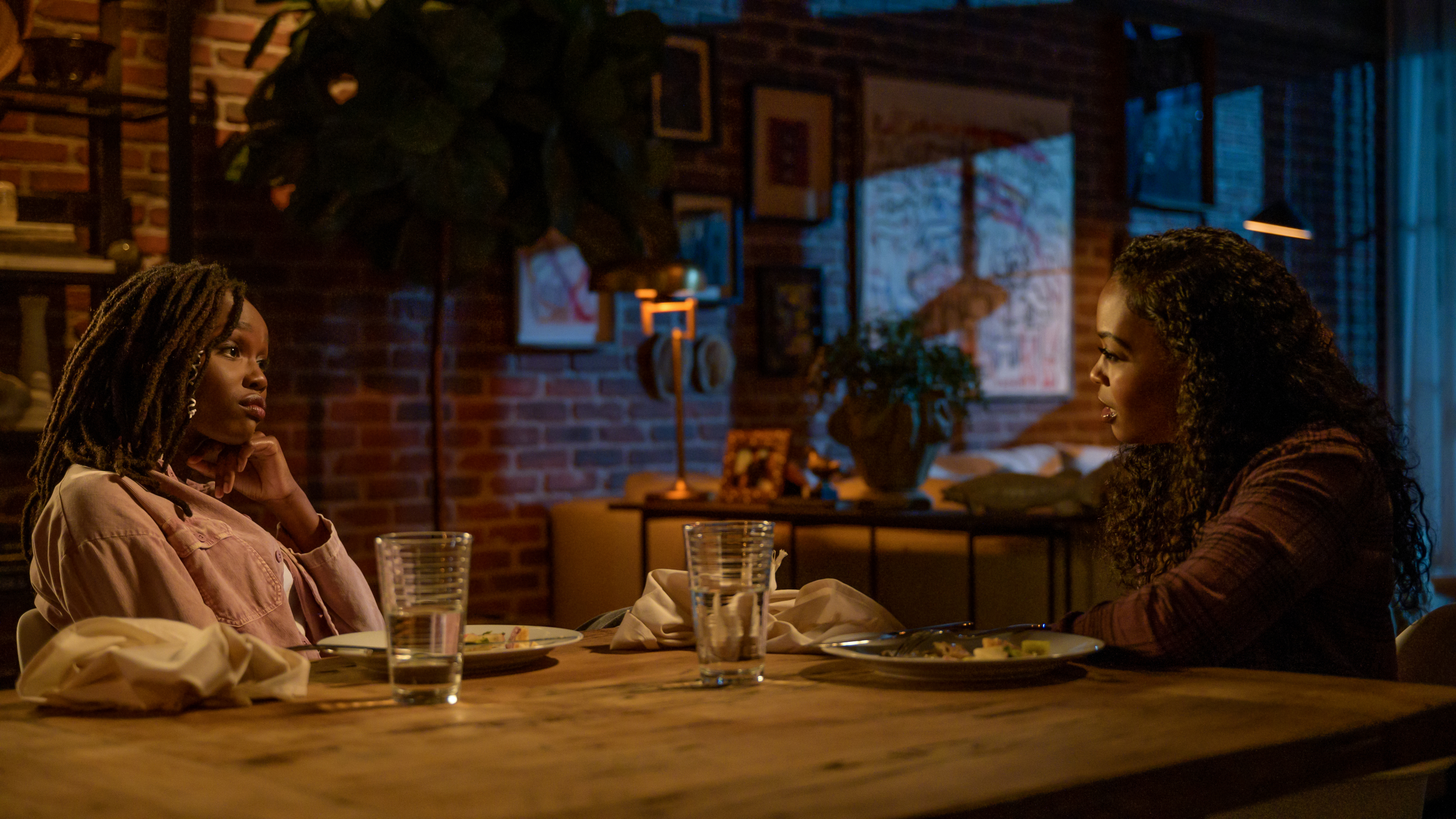 SALIM AKIL: It was a combination of events, I think. With Covid and the rules and regulations around that, we had written about 11 scripts, and then had to go back and rewrite them for several reasons. So, we found ourselves in a beautiful creative space, and we actually found the ending. We had one ending set up, but we had to find another one. But I’m pretty pleased with the ending that we have.

DEADLINE: Did the pandemic inform the decision to end the show at Season 4? Or did it simply shape the way you told stories this season?

AKIL: No, I think it was [already] going to end at Season 4. But of course, actor availability, stunt availability—it was always in flux because of Covid.

DEADLINE: You mentioned weighing multiple endings for the show. Could you elaborate on the differences between them?

AKIL: Well, it would be a different seasonal arc without Covid, and of course we had a cast member [China Anne McClain] exit, so it would have been a different, more family-oriented arc. We wanted to deal with trauma in the Black community, and how people deal with trauma in certain communities. I think we still managed to do that, but we had to sort of readjust the approach, and it’s a very subtle thing. But subtle things in writing and television series sometimes can be like an earthquake.

DEADLINE: Had you mapped out more story for Black Lightning? Tell us about what the show might have explored, had it continued.

AKIL: We’ve always had ideas for a Season 5, or a Season 6. We’ve always had places that we want to go. I always plan like that. I never wait; I’m always thinking about the next season. So, we could have gone on to a Season 5. We’ve had so many stories to tell because there’s so many stories out there. Particularly [with] what’s going on in the African-American community now, and the Asian community now, we had stories to tell, and not just political stories. Stories about love, about negotiating relationships, about negotiating yourself and the powers that you have in the world. What do your powers mean to you? Are you so attached to your powers that if you didn’t have your powers, in some way, you’d feel less than? I could go on and on.

DEADLINE: With Tobias out of the picture, I imagine we would have seen other supervillains make their way onto the show. Do you have any favorites from the DC canon that you would have liked to examine, in this context? 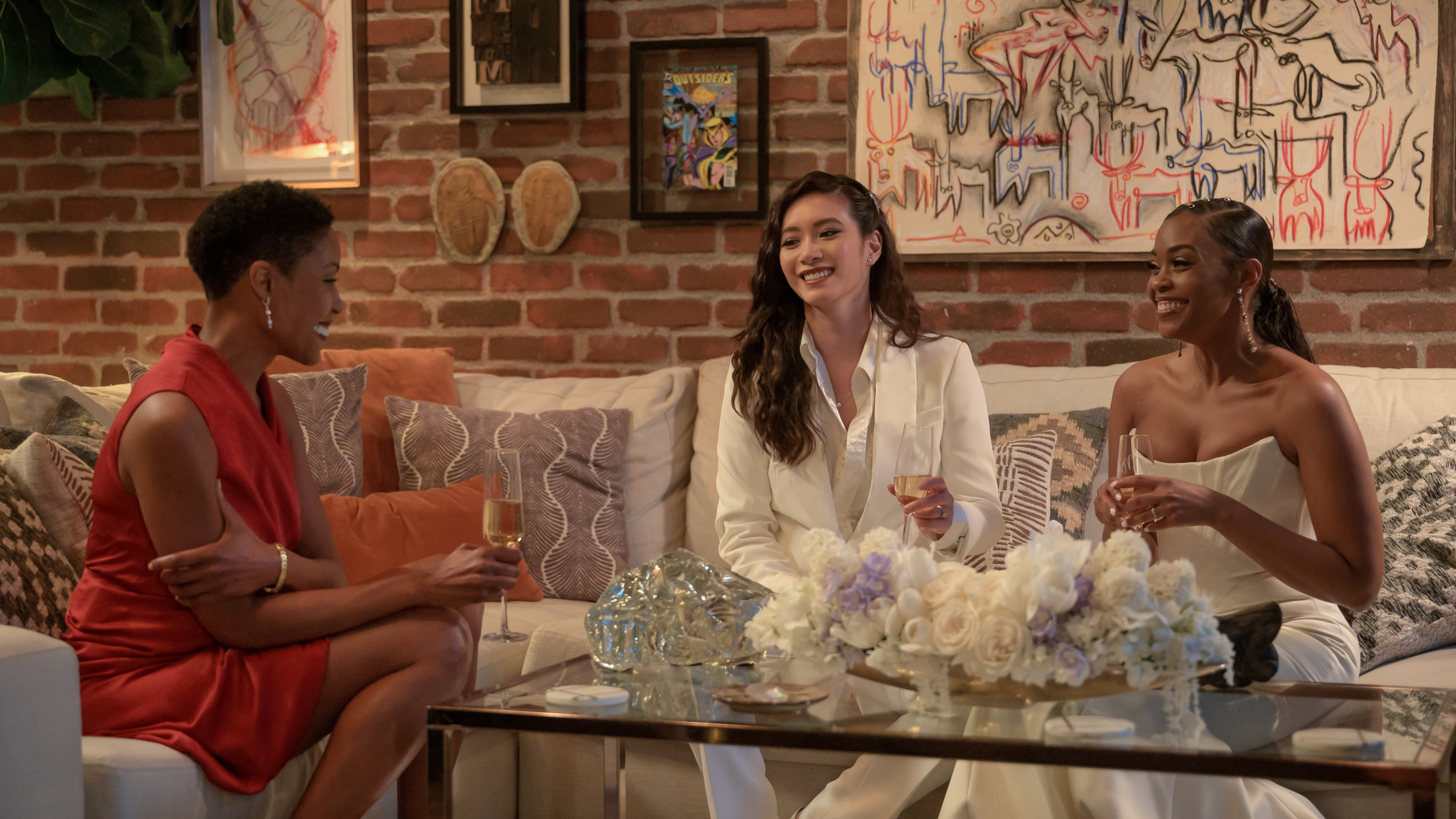 AKIL: Of course. I love The Joker. That would be cool, to have a Black Joker.

DEADLINE: Are there spinoffs besides Painkiller that you’d be interested in exploring?

DEADLINE: When it debuted in 2018, Black Lightning made history as the first live-action network series centered on a Black superhero. I imagine you must have a great deal of pride in what you achieved with the series.

AKIL: I am very, very proud of this show, and I feel very blessed to have been used to tell these stories. It is historic, and it’s historic for a few reasons. Yes, the obvious one is that it’s a Black family of superheroes, the first on [network] television. But I think also, it’s one of the first superhero shows that really based its stories in the reality of what was going on in our country today. We didn’t shy away from talking about the things that actually happened in the Black community. You know, there are so many [places], and you can name them—Oakland, Minnesota, Chicago, Los Angeles—[where people] live in neighborhoods that are kind of under siege, and no one really pays attention to it. It’s like normal for America. It’s almost like looking at the homeless: They’ve just become a thing that we walk by.

So, I was really proud that we could take this show and talk about some of those issues, and show the humanity of everyone involved. We treated the bad guys with just as much humanity as we gave the so-called “good guys.” 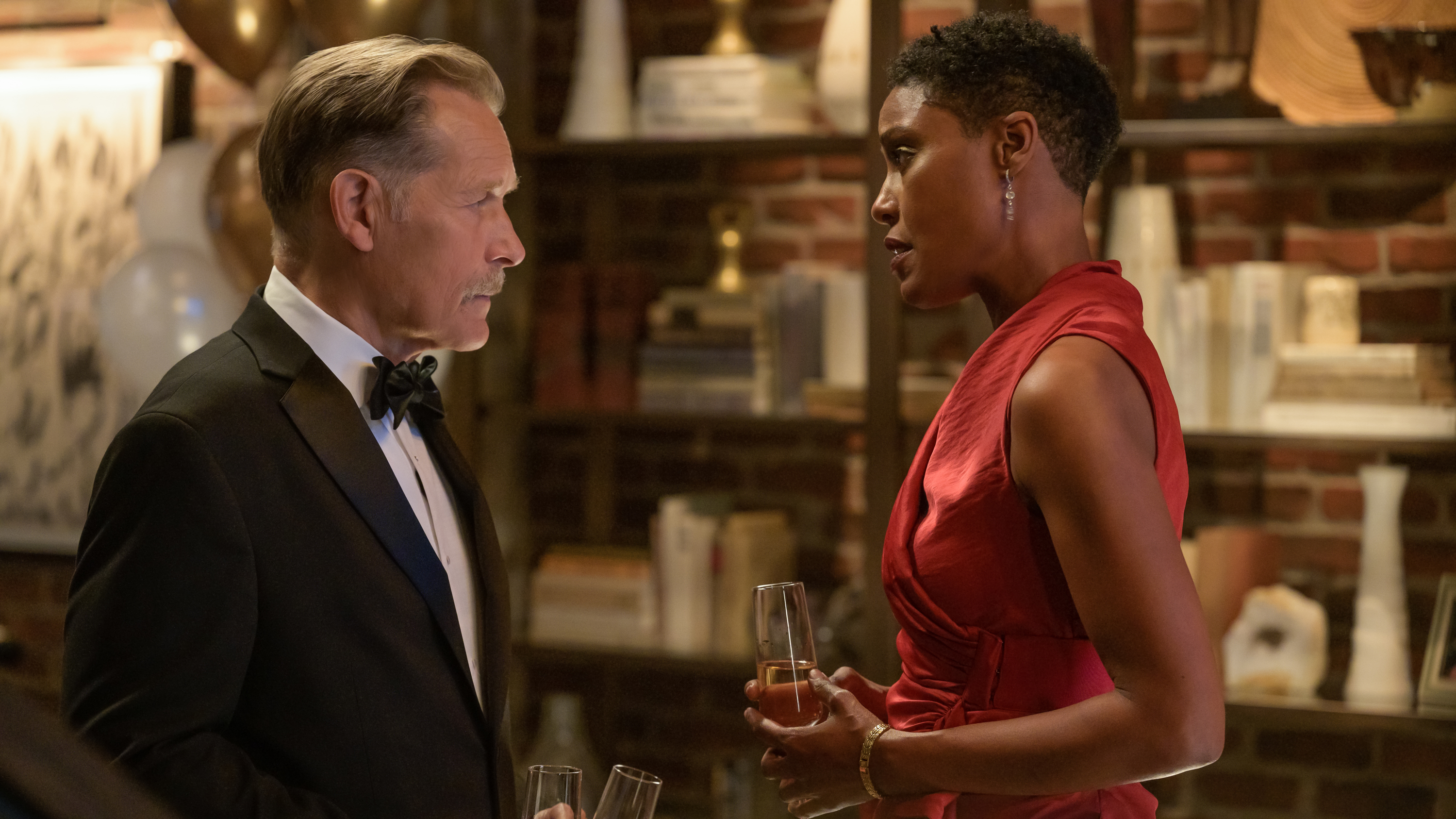 I’ve always said that I would feel very successful, having done this show, by the end of it, if during Halloween one day, I could go trick-or-treating with my kids and see someone dressed up like Black Lightning or Thunder, or Lightning, or even Tobias Whale. That means, to me, that the culture has been affected, and as an artist, ultimately, that’s what you want to do. You want to try to affect culture and make something that lasts beyond yourself.

DEADLINE: What’s next for you? I know your 2011 series The Game is getting a reboot at Paramount+…

AKIL: The Game is coming back, so we’re happy about that, and there’s a project that I have called Undertow, about a private detective who has some schizophrenic issues. So, I’m still sort of going into this world of Afrofuturism, and I’m really enjoying it. That’s in the development stage. The script is written, and I’m really looking forward to developing it.