If you don’t like the media you’re seeing, make your own. That’s been writer/director Adam Goldman’s abiding career philosophy, and so far it’s served him well. Goldman was the creative force behind “The Outs,” a slick and witty gay web series that premiered on Vimeo in 2012, then released a second season in 2016. Cleverly conceived and punching way above its budget, “The Outs” developed a rather highbrow following that included Alan Cumming, Bowen Yang, Michael Cyril Creighton, and John Cameron Mitchell — all of whom appeared in Season 2. Clearly, plenty of other people were hungry for smart content that reflected their lives.

Produced by Cumming’s production company alongside Broadway Video for Audible, “Hot White Heist” follows reluctant heroine Jude “Judy” Fink (Bowen Yang), who is pulled into a high stakes mission by a lesbian separatist cult. The mission? Break into a top secret government-run sperm bank hidden underneath Seattle’s Space Needle. The series progresses at a breakneck pace, with punchy jokes and a refreshingly contemporary queer sensibility running throughout. While there’s hardly a genre that wouldn’t benefit from a queer makeover, filtering a high stakes caper through the eyes of various queer characters is a unique and rare pleasure. 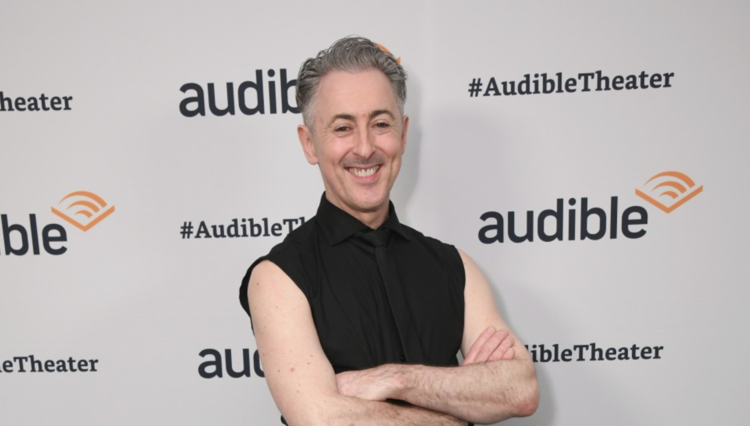 Originally conceived as a feature film, the central mission of the heist — a bunch of queer people stealing famous men’s sperm — ultimately proved a little too racy (or queer) for traditional producers.

The pivot to podcast likely made it easier to land the elusive “all queer cast.” With schedules freed up to the pandemic, they were able to secure a dream roster that reads like a who’s who of gay Hollywood: Jane Lynch, Cynthia Nixon, Abbi Jacobson, Cheyenne Jackson, Margaret Cho, MJ Rodriguez, and even a cameo from Tony Kushner.

Like he did with “The Outs,” Goldman has had success in less conventional mediums that allow for greater creative freedom — especially an advantage for queer content.

“When I started out doing the web series, the common knowledge was, ‘If you can’t get it produced, just make it yourself as a web series as a proof of concept,” Goldman said. “And now you go one step further and it’s like, you don’t even have to shoot it. You can do a podcast as a proof of concept…and go from there. This is Audible, produced within an inch of its life, and it sounds incredible. But there is that element of saying, ‘Maybe if we can make this work as a podcast, if people like it, if there’s an audience for it, that will prove that it could happen on a bigger scale.’”

As Goldman’s career proves, there is clearly an appetite for quality queer stories, ones that brim with the biting satire and outlandish camp sensibility that is synonymous with queer culture. Audible throwing support behind such a boldly queer show is heartening, to be sure. Hopefully “Hot White Heist” develops enough of a following that someday, studios might not balk at touching sperm.

For now, Goldman will have to keep making the content he wants to see.

“I’ve had luck making stuff that I wished already existed,” Goldman said. “Which is a pain in the ass because I would love for this podcast to come out so I could simply listen to it, but I have to go to the trouble of making it.”