BRADLEY Walsh left fans in hysterics as he marched off of The Chase podium on Wednesday's episode.

The 61-year-old presenter was gobsmacked after a contestant revealed a very bizarre gift she gave to him backstage. 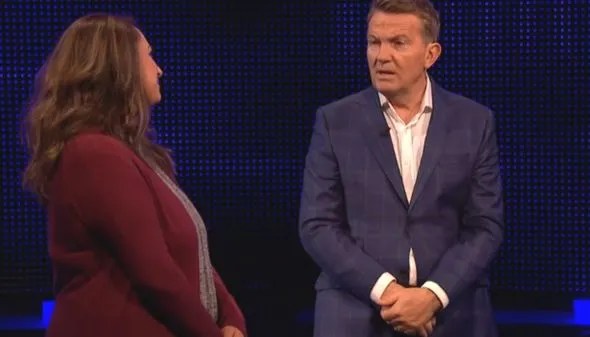 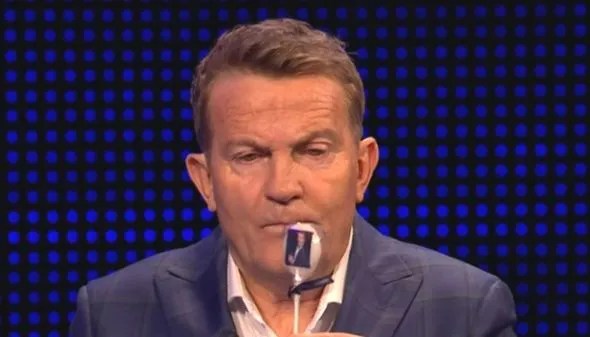 The host was joined by four new players Nathan, Shama, Karen and Jonathan as they went head-to-head with Paul 'The Sinnerman' Sinha.

However, just minutes into the show, Bradley was open-mouthed when contestant Shama offered him a personalised lollipop with his face on it.

The ITV host proceeded to ask the cancer nurse what she did in her spare time, with her explaining that she liked to make lollipops.

"I have a business on the side making hard-candy lollipops," she said.

Bradley comically put his finger in the air and then walked off the set.

"There it is," Shama laughed when Bradley came back holding a lolly with a picture of his face on it.

VAX OUT OF ORDER

EAT YOUR HEART OUT

Bradley joked: "This is going to be my treat."

Sharma added: "It's all yours."

The contestant managed to get four correct answers in the cash-builder round before taking on quizmaster Paul.

Unfortunately, her luck ran out when she was caught by the Chaser and was the second player to be eliminated.

Nathan and Karen were also booted off the programme after being caught in the first round- leaving final contestant Jonathan to go try and get back to the final round.

Jonathan then tried his luck at Paul's high offer of £60,000 convinced he had nothing to lose after his fellow contestants run of bad luck.

After an impressive round, he managed to make it back to the Final Chase.

Jonathan gave it his best shot and answered 14 questions correctly in a bid to beat the Chaser.

However, the Sinnerman was on top form and managed to catch Jonathan, with 28 seconds remaining. 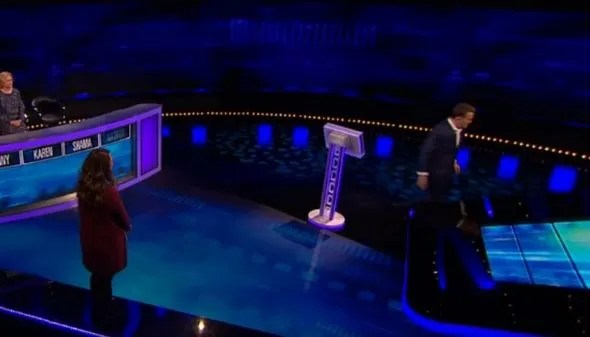