This Morning: Holly and Phil tease Bridgerton segment on show

Bridgerton is set in 1813 central London, where the biggest problem in life is finding a suitable match before the end of the season. The Netflix series follows the Bridgerton, and in particular, Daphne Bridgerton (played by Phoebe Dyneor) who is determined to get married in her first season. Little does she know what she’s getting herself in for though apart from companionship and a life of security.

As fans continued to watch Bridgerton, they grew more shocked at how little women knew about sex in the early 19th Century.

Penelope Featherington (Nicola Coughlan) said women got pregnant because of love, while Daphne looked beyond confused when her mother Violet Bridgerton (Ruth Gemmell) starting talking of a marital ritual on a couple’s wedding night.

So when subscribers started watching the latter half of the first season, they saw a distinctive turn in the show as Daphne finally had sex with her new husband Simon Basset (Regé-Jean Page).

From then on, Bridgerton focused on their sex life and how Daphne started to learn about both the female and male anatomy.

Did women really not know about sex in Bridgerton era?

Speaking to Express.co.uk, sex therapist Mia Sabat from the sexual wellbeing app for women Emjoy, pointed out it wasn’t Daphne’s scenes with Simon which grabbed her the most.

She explained: “In the world of TV and film, sex is not a ‘new’ topic; however, Bridgerton is perhaps unusual because the writers choose to focus heavily on female sexual awareness or – perhaps more accurately – the lack of it.

“One of the moments that has really got people talking is the decision to highlight Daphne’s sexual awakening which, perhaps unusually for the era, was brought about not on her wedding night, but instead through self-exploration.

“By encouraging Daphne to engage with self-pleasure, Simon helps her to understand that intimacy between a couple should involve mutual arousal and enjoyment, something that was likely a rare concept with most couples at the time – making the moment so noteworthy.

“More so, though, the open discussion around self-pleasure makes an incredibly important statement.” 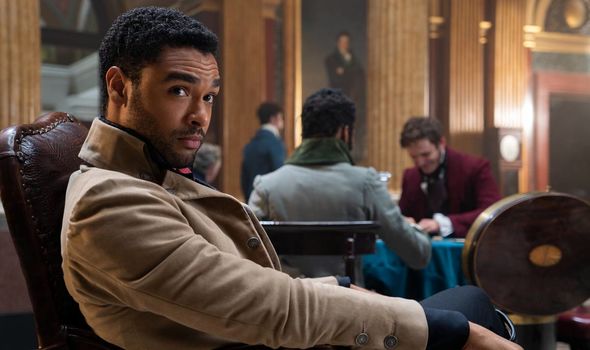 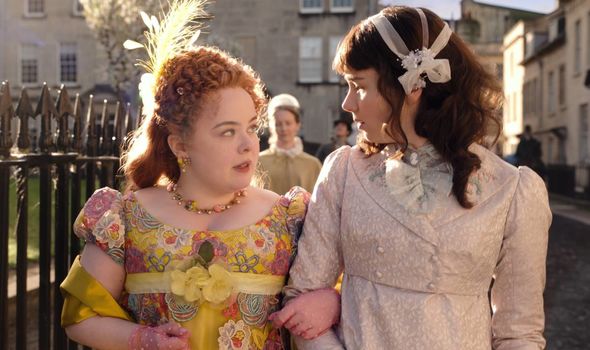 “In fact, the lack of sex education is a theme that flows throughout the entire series.

“Conversations about intimacy between characters like Penelope and Marina highlight the fact that women were still largely kept in the dark when it came to sex, and that the effects were detrimental.”

One scene which caught Sabat’s eye more than most was a sex scene with Daphne and Simon after they ran out of their new home and had a steamy rendezvous in the rain.

She said: “Perhaps one of the more humorous moments in the show is when Daphne asks if Simon is hurt when she sees him pull out and ejaculate.

“Daphne is so unaware of the reproductive aspects of sex, that she doesn’t know why Simon pulls out, or that he’s also experiencing an orgasm.

“It is easy to giggle at this scene; however, it is perhaps one of the best for highlighting a very real issue.

“If sex, pregnancy, anatomy and sexual health are not openly discussed, and young people are not educated, then how far have we, as a society, really come?”

Netflix confirmed last month Bridgerton will be back for a second series.

The announcement teased on Instagram Anthony Bridgerton (Jonathan Bailey) would be the centre of season two as he tries to find his perfect match.

So will Bridgerton season two continue to be as raunchy as the first and will it live up to expectations?

Sabat adds: “Bridgerton makes a point of showing the damage that not talking about these topics can do, and we cannot underestimate the importance of pop culture, film and TV in helping normalise discussions around sex and sexuality.”

Bridgerton is available to watch on Netflix.