JAMES Haskell and Chloe Madeley faced chaos today after their unruly pet dog Bert escaped from a garden and ran around a park.

The 35-year-old former rugby pro was forced to chase the pup to avoid him getting hurt – with Chloe watching from the side-lines. 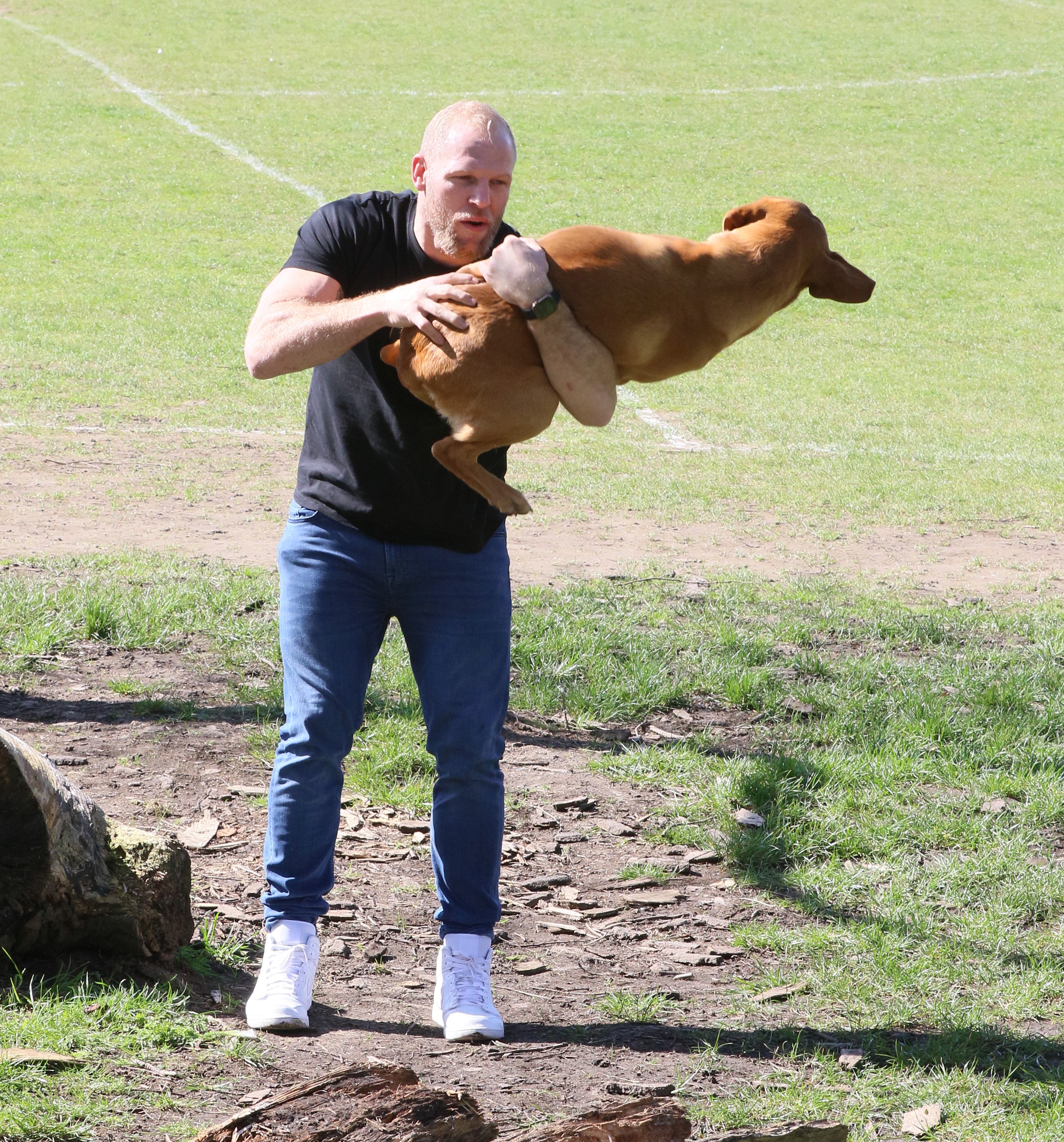 The pair had been visiting her parents, Richard and Judy, in their garden after lockdown rules changed today to allow meetings of up to six people outside.

However, Bert disrupted the family reunion – escaping from the front of the house and almost getting hit by oncoming cars.

An onlooker said: "Chloe ran out and called the dog to come back but it just ran straight into the park across the road.

"James had to give chase and needed help to get Bert back under control." 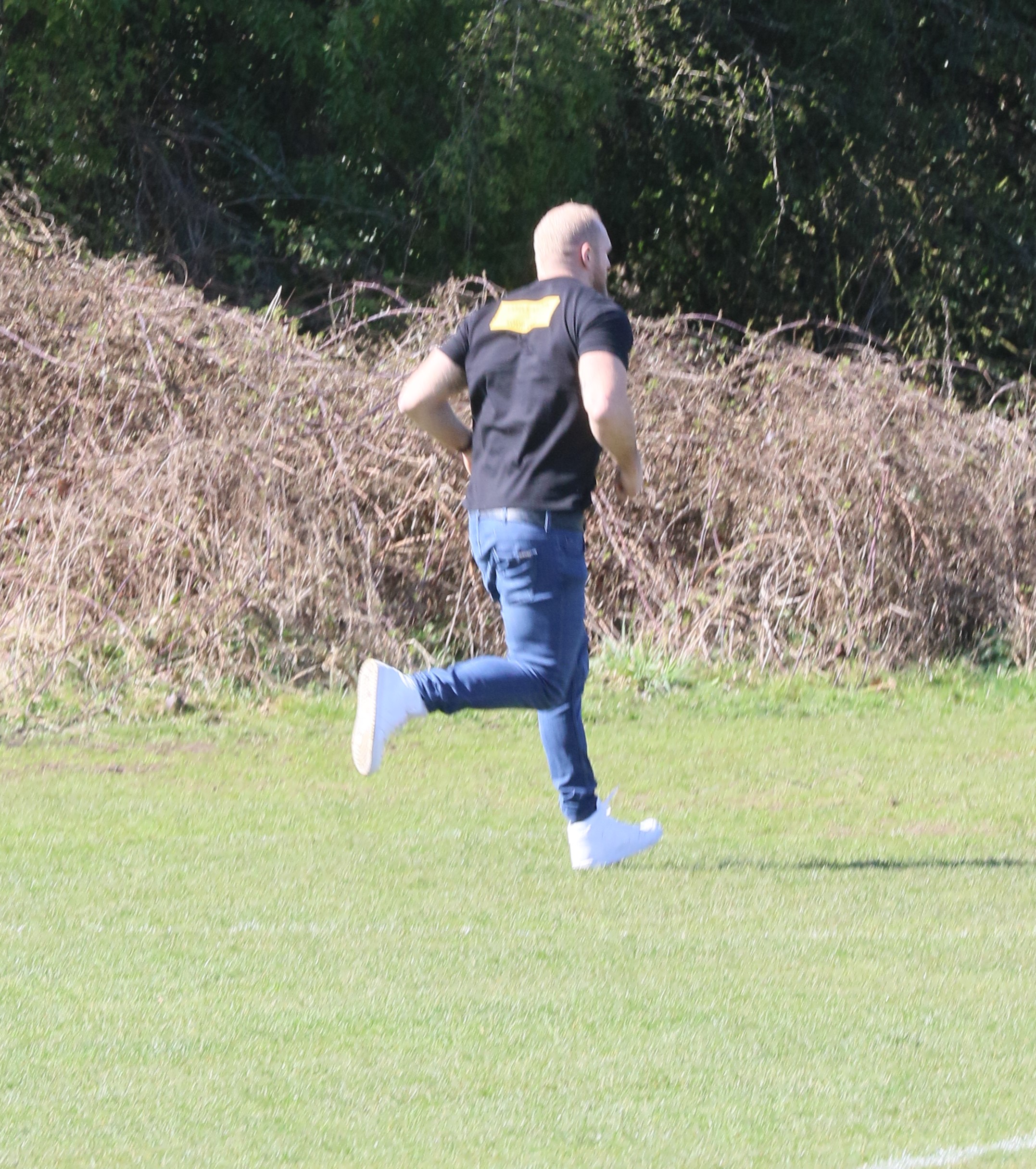 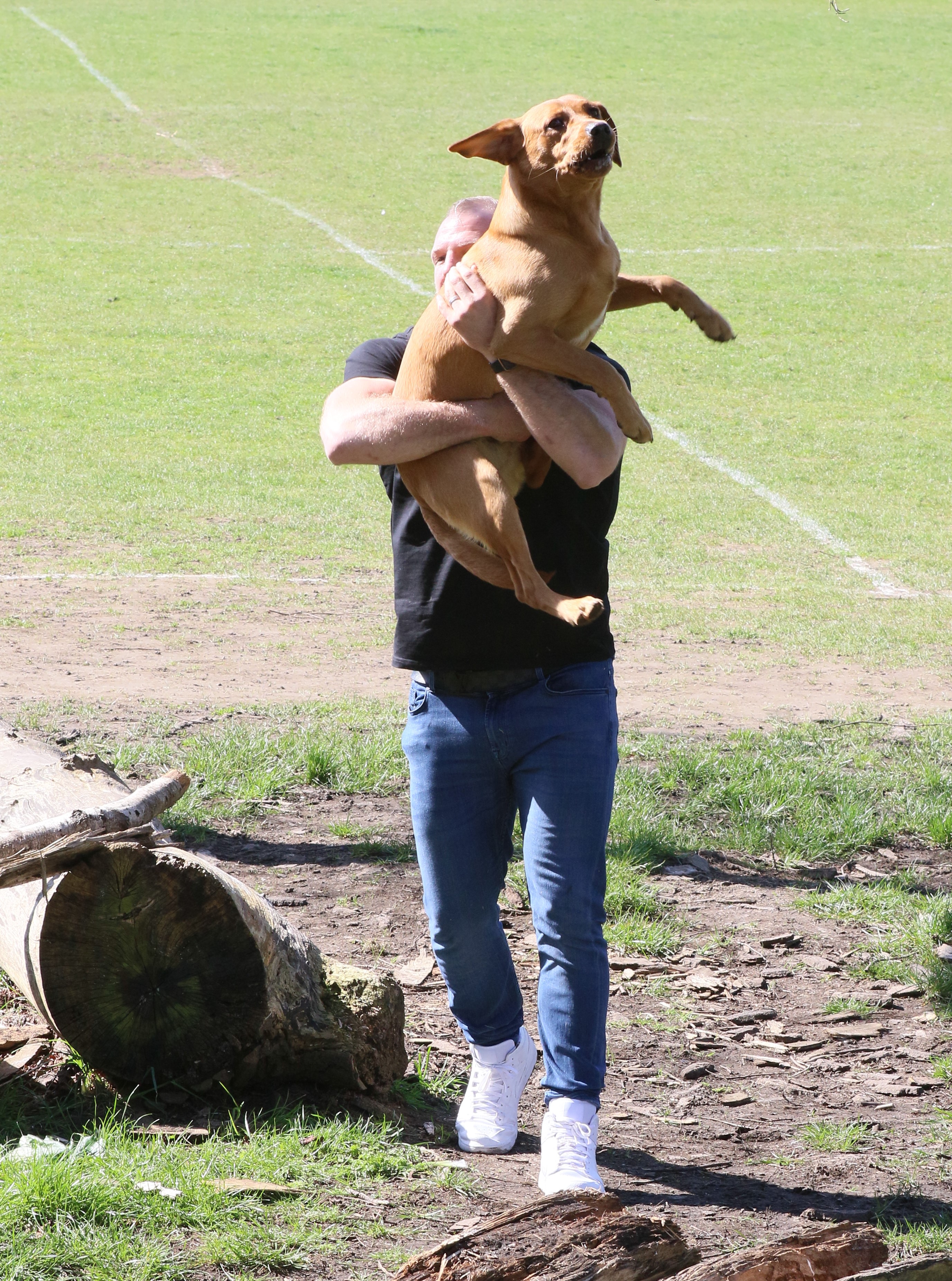 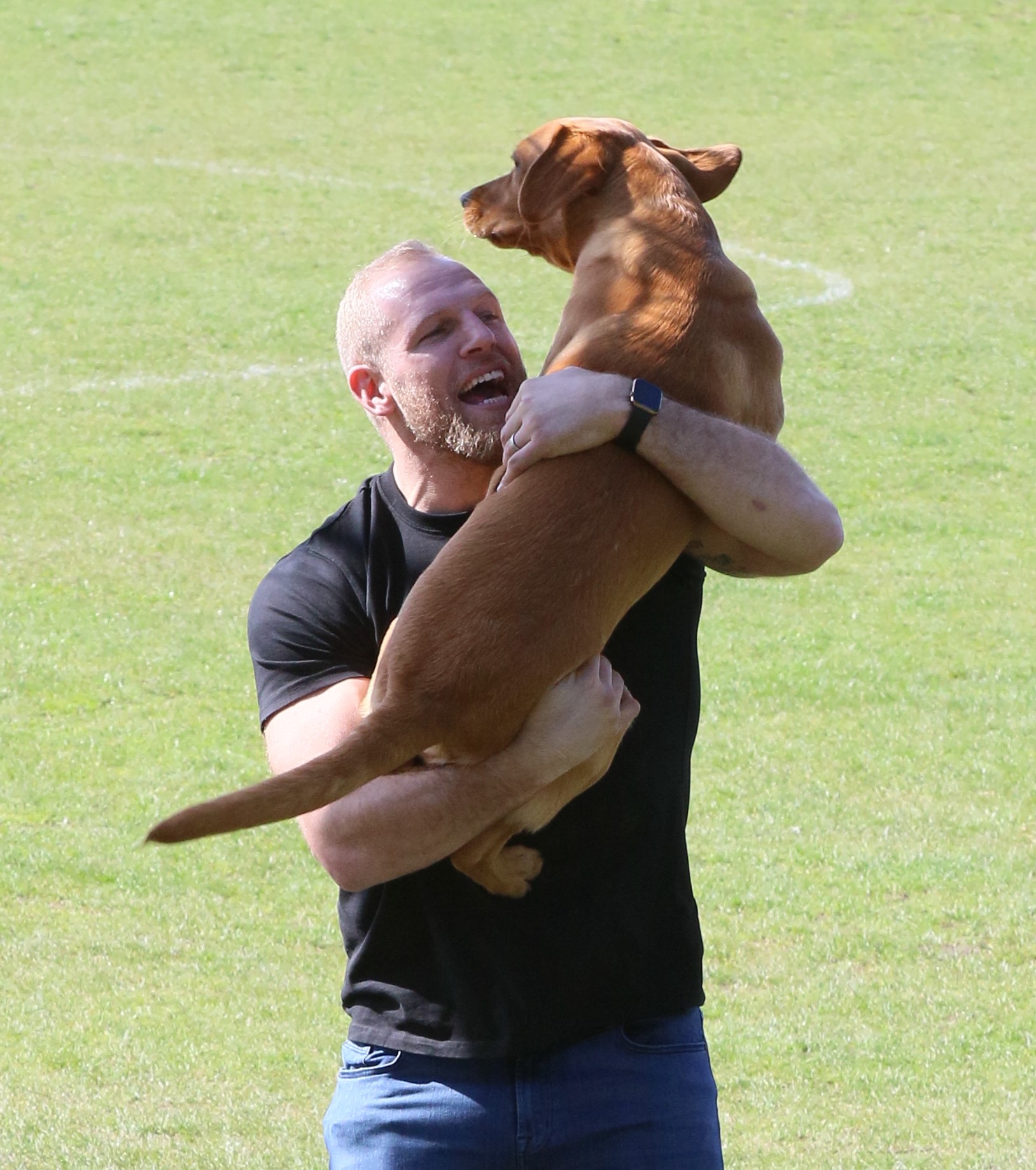 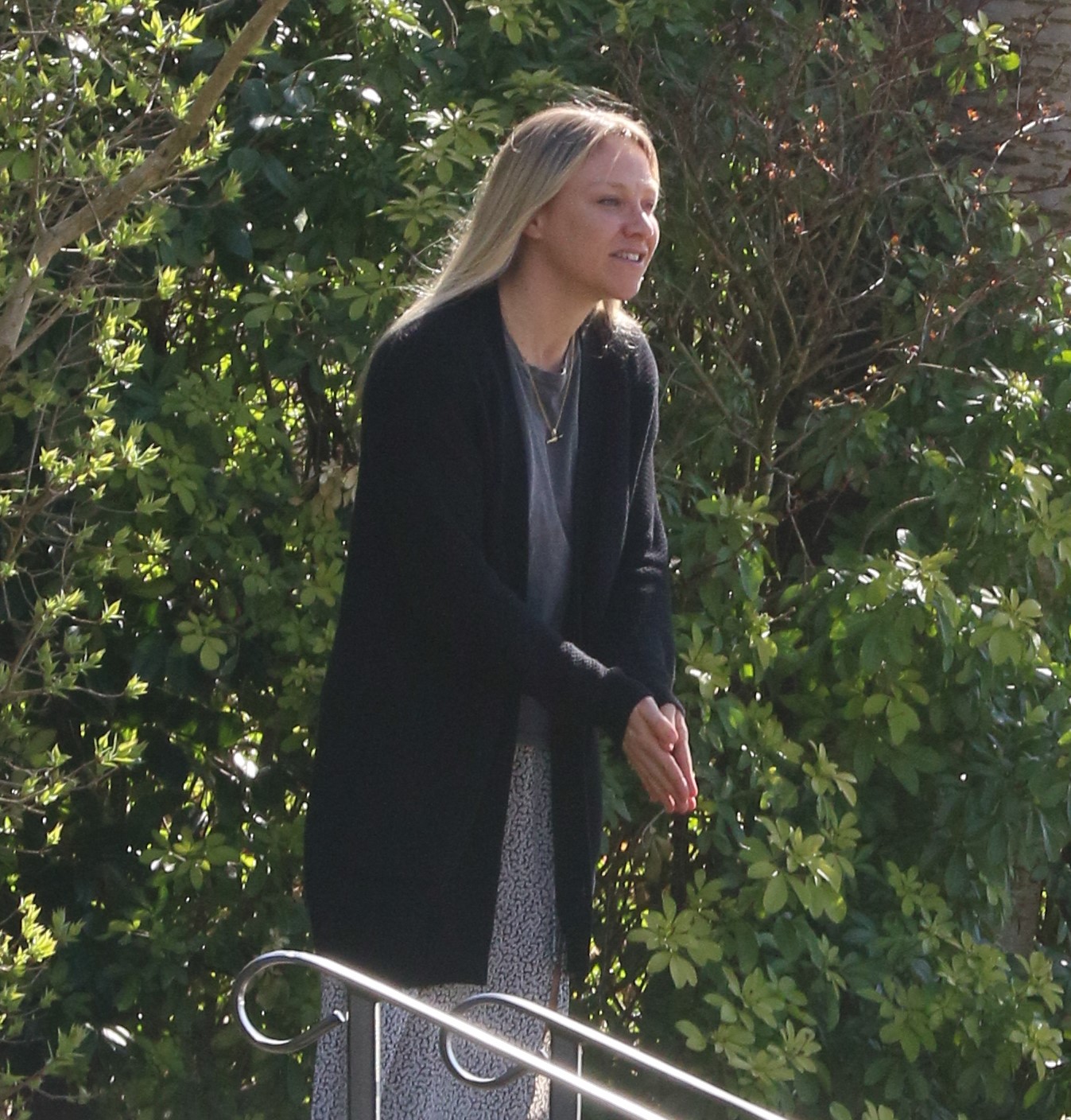 James can be seen struggling to hold on to Bert as the moment was caught on camera – with the dog desperately trying to leap out of his owner's arms so that he can play in the sunshine.

Thankfully, the sportsman was able to get Bert back to his in-laws' house safely.

And the couple took no chances as they put a lead on the pet when they loaded him into their car for the journey home later that afternoon. 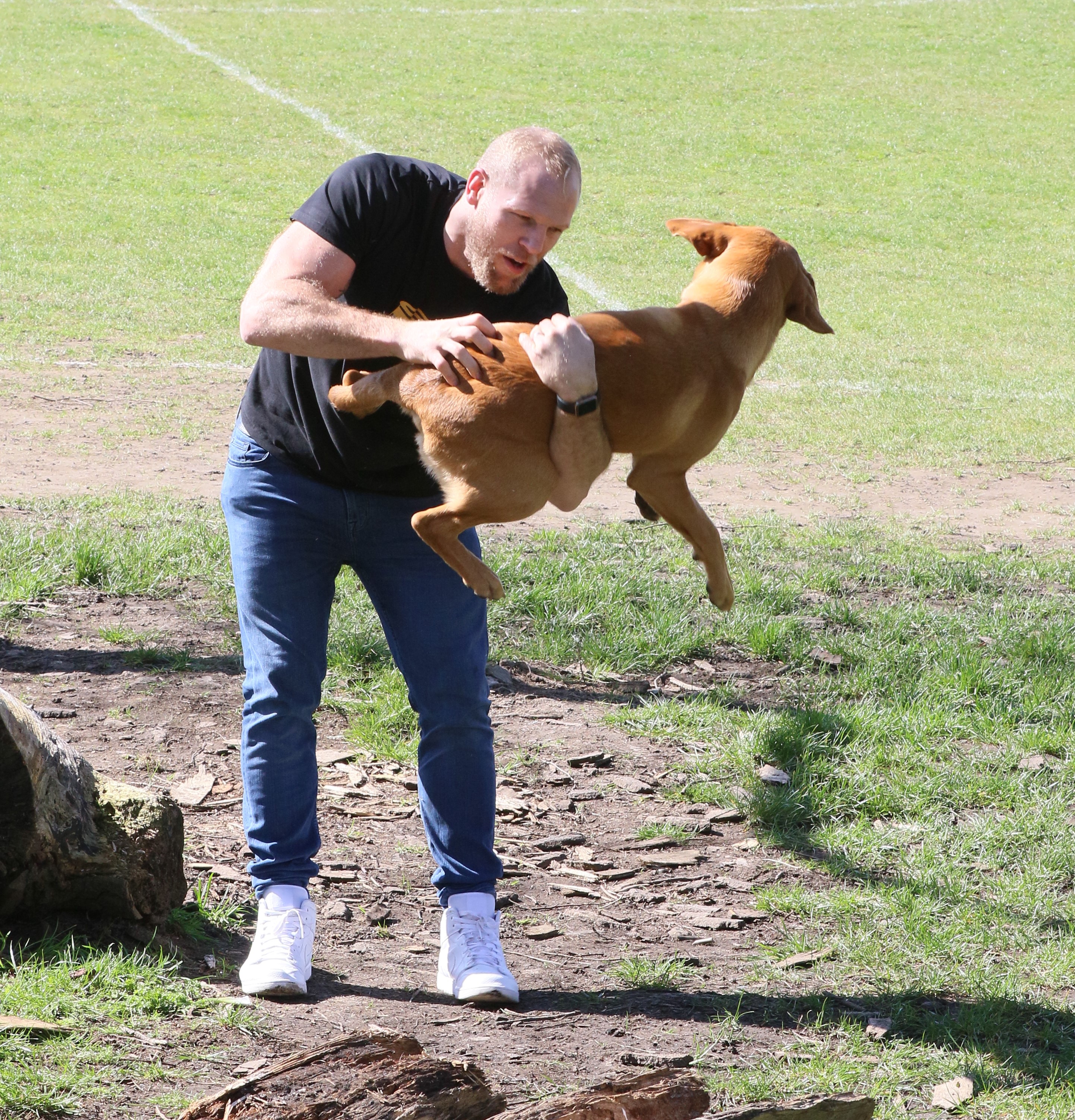 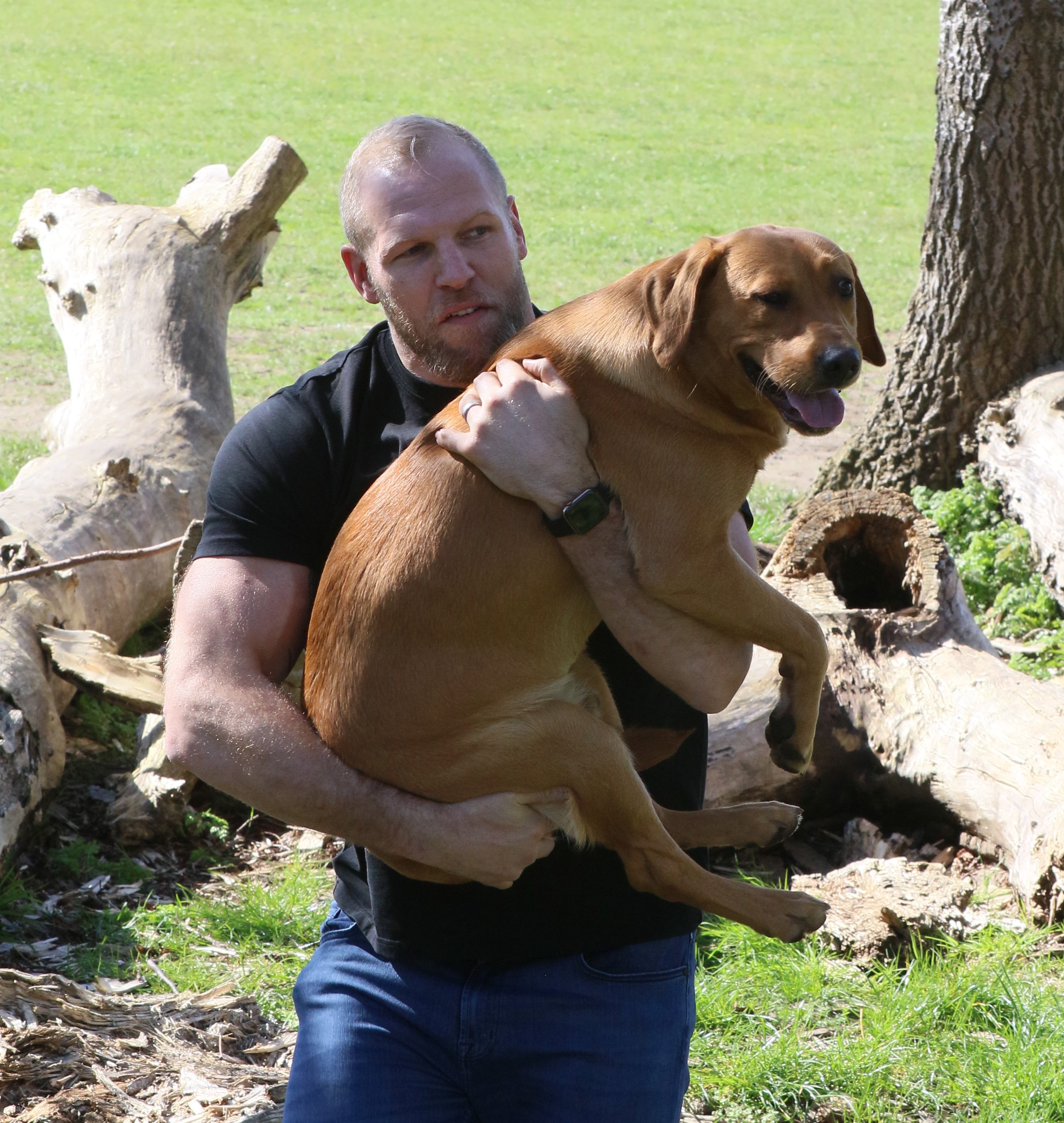 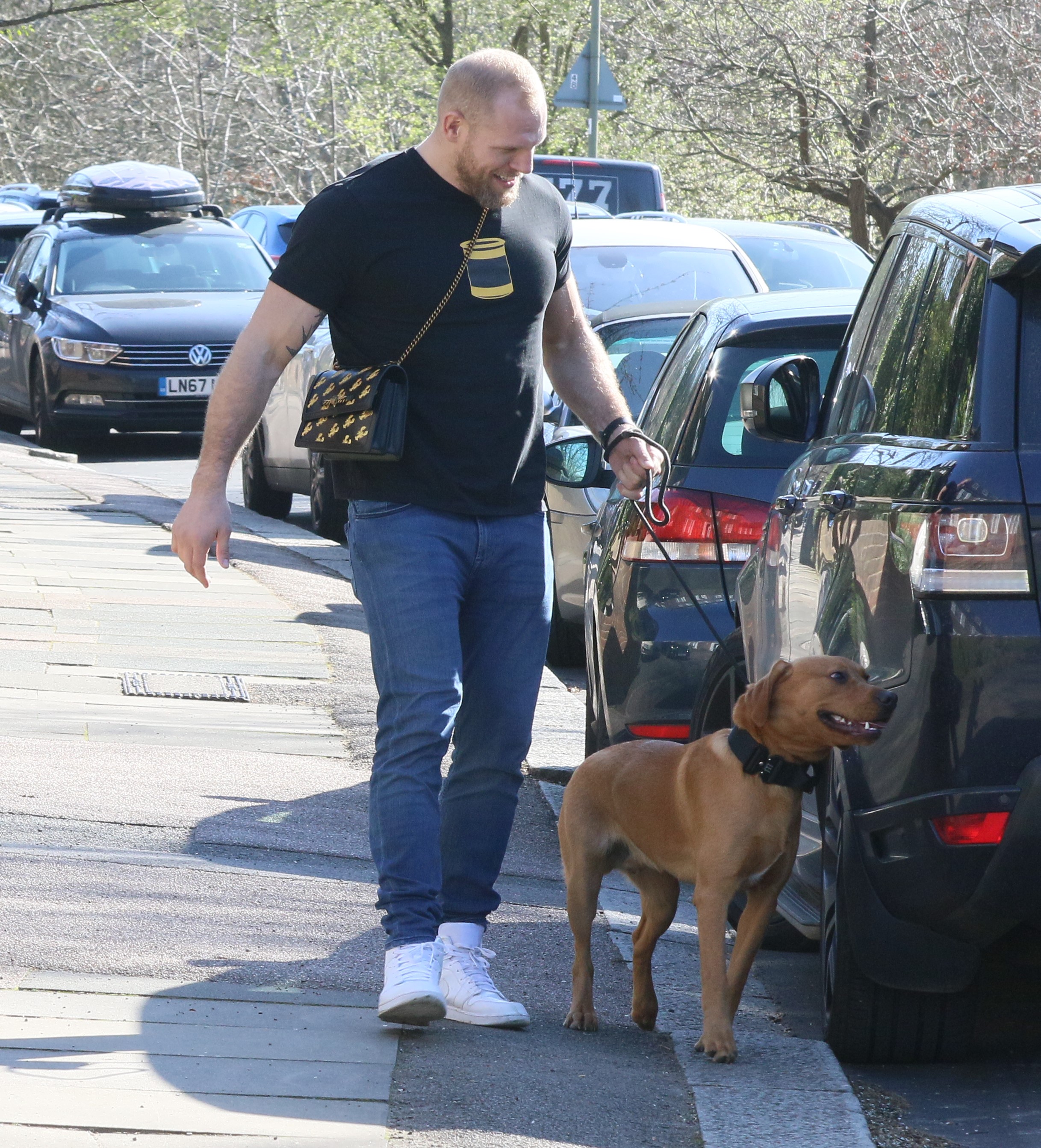 Chloe and James welcomed Bert into their family last year, with Chloe sharing a sweet snap of the pup at the time as she gushed: "Mr Bert of Bertown.

They both regularly share snaps of the beloved pooch on social media, with fans always thrilled to see how he is getting on.